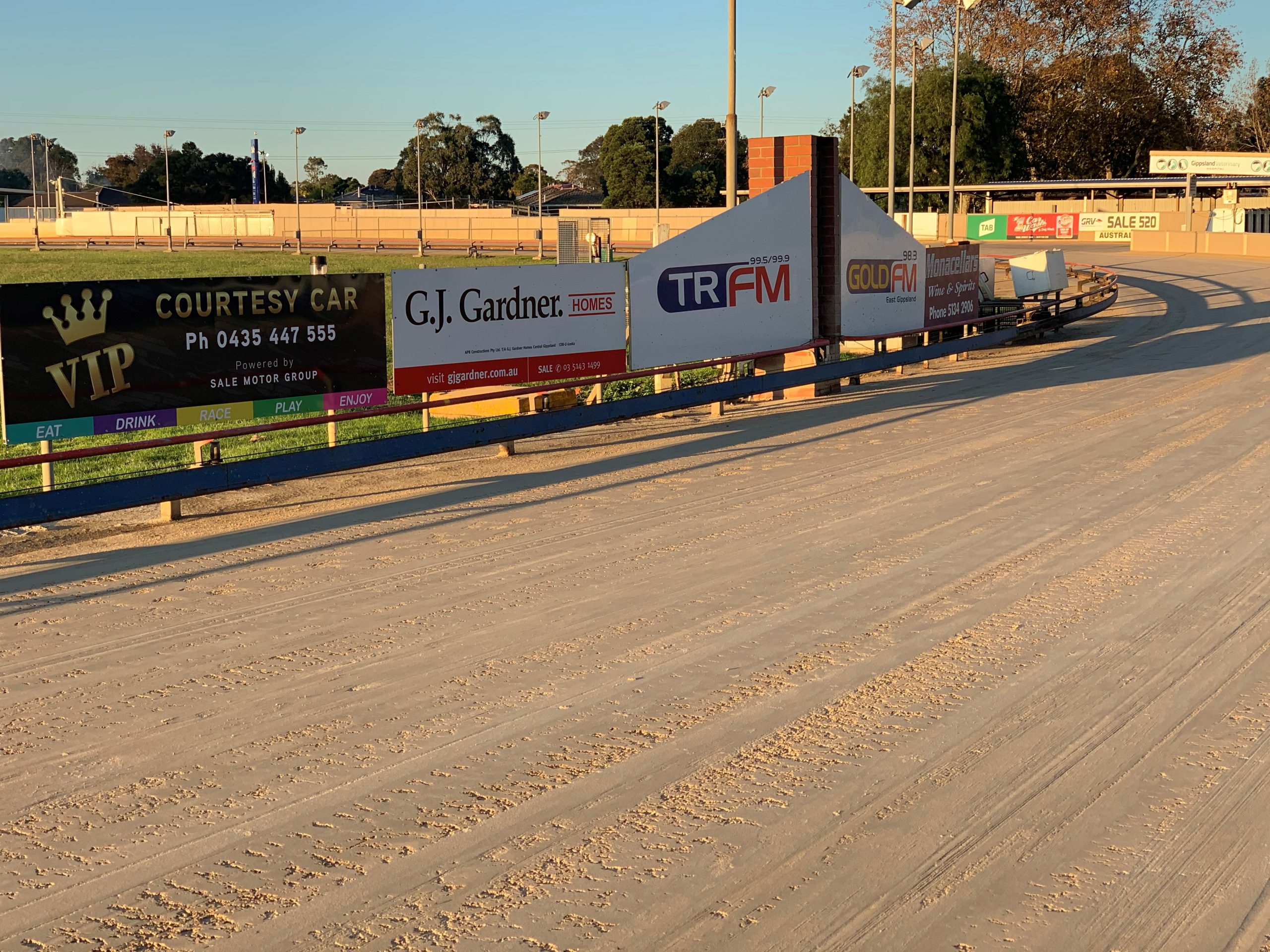 Following a second placing on debut, Go Rogue has won his past two races.

Alford had more success in the following race, a 440m grade five, which was won by Sad But True.

Returning to Sale after winning there on Sunday night, Sad But True claimed victory by a nose from Travelling Sands. Piccolo Fratello, trained by Robert Whitford at Yarram, finished third.

The race three 440m maiden was won by Audacious Pearl, trained by Kevin Wainwright at Rosedale.

Race seven, a 520m mixed grade six and seven, was a tight affair, with Armstrong Bobby, trained by Lindsay Fulford at Maffra, getting away in the home straight to win.

The race one 440m maiden was won by Mussa Jack, trained by John Musselwhite at Lindenow, by seven lengths.

Unwind won the race two 440m maiden for Reg Boyce at Korumburra, ahead of Audacious Leila, trained by Diane Wainwright at Rosedale.

The race nine 440m maiden was taken out by Good Boy Colombo, trained by Lui Forte at Moe.

Race 12, a 440m grade six, was a race in two between Ando’s Milley, trained by Eddie Lieshout at Drouin West, and Let Out, trained at Kilmany by Yvonne Andrews. Ando’s Milley got the break in the home straight to win by a length.

Greyhound racing continues at Sale on Sunday night, with the first race at 5.54pm.