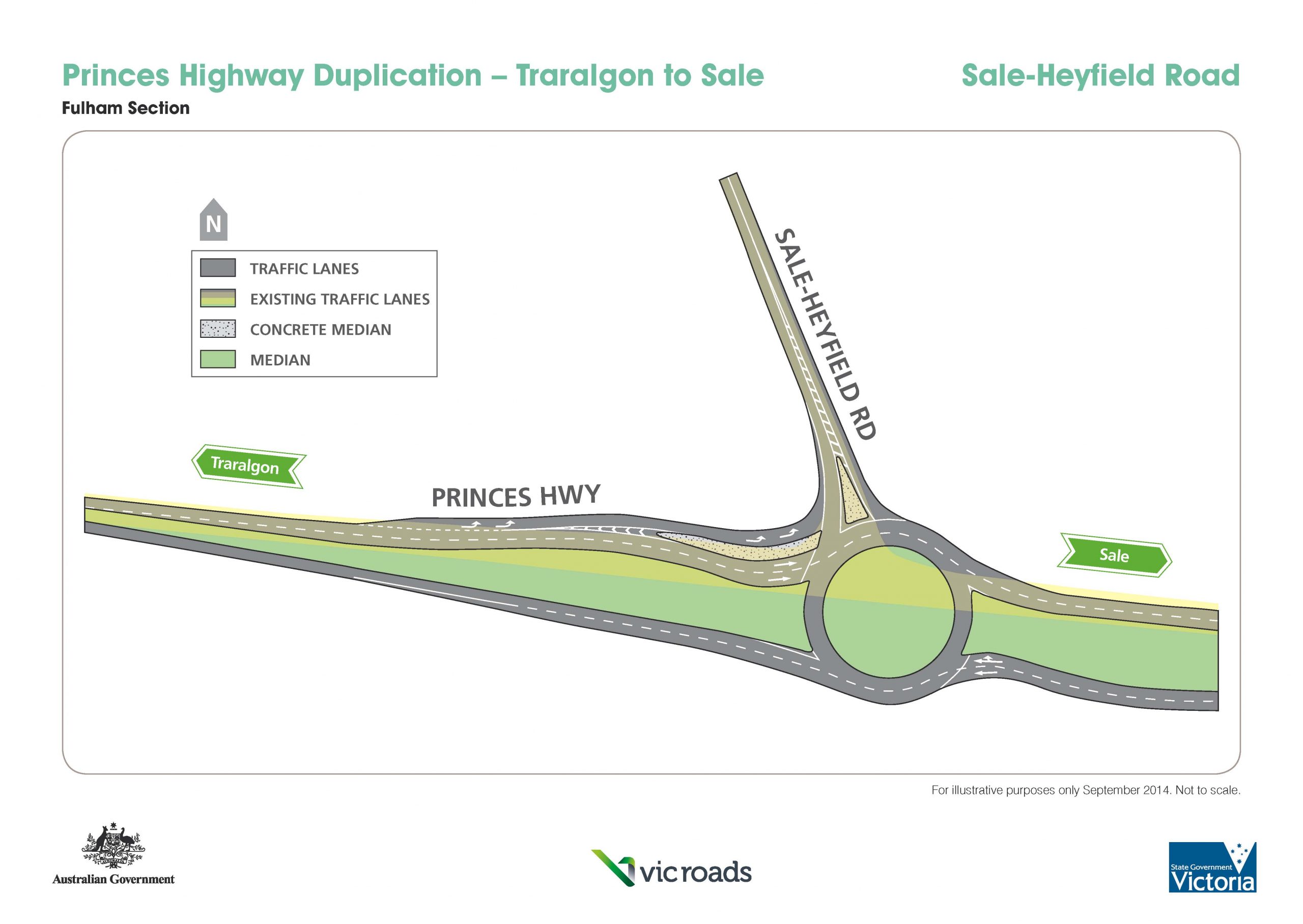 A ROUNDABOUT at a notorious accident intersection will be part of the sixth stage of the Princes Highway duplication between Sale and Traralgon.

The duplicated section of highway at Reid Drive, Wurruk will be extended another 2.8 kilometres towards Rosedale, to just past the Sale-Heyfield Rd intersection, providing two lanes in each direction with a 15 metre wide centre median.

A roundabout will also be built at the Sale-Heyfield Rd intersection, the scene of several serious accidents.

Deputy Prime Minister and Minister for Infrastructure and Regional Development Warren Truss said the works would further improve the highway from Melbourne through Gippsland, delivering a safer, more efficient road for local, freight and commuter traffic.

The federal government has contributed $140 million to the duplication project, with the  Victorian government contributing $35 million.

State Roads Minister Terry Mulder said the duplication was an important infrastructure project for the region.

“Regular travellers on the Princes Highway in this area will be familiar with the busy intersection at Sale-Heyfield Rd where crashes are occurring,” he said.

“Around 2500 vehicles travel along Sale-Heyfield Rd each day, with research showing that accidents are happening when people are turning right onto the highway and colliding with another vehicle.

“A roundabout with a dedicated left turn lane into Sale-Heyfield Rd will create a much safer driving environment because it will encourage drivers to pause and look for approaching vehicles in a more controlled environment.”

Mr Mulder said upgrades to the nearby intersection at Polocrosse Lane included extending the turning lane on the highway and widening the median intersection.

Gippsland MHR Darren Chester said the highway duplication would be good for local businesses and would improve road safety.

“The Princes Highway is our single most important road in Gippsland and as more people rely on it for business, work or going on holidays, the more important it is we make it safer,” he said.

“Thousands of vehicles use the Princes Highway between Sale and Traralgon each day and already these people are seeing the benefits of the earlier stages of the duplication.”

Works are expected to begin in the middle of next year and will take about a year and a half to complete.

“When completed we will have a road which is far superior and will provide safe passage from the Latrobe Valley to Sale and beyond,” he said.