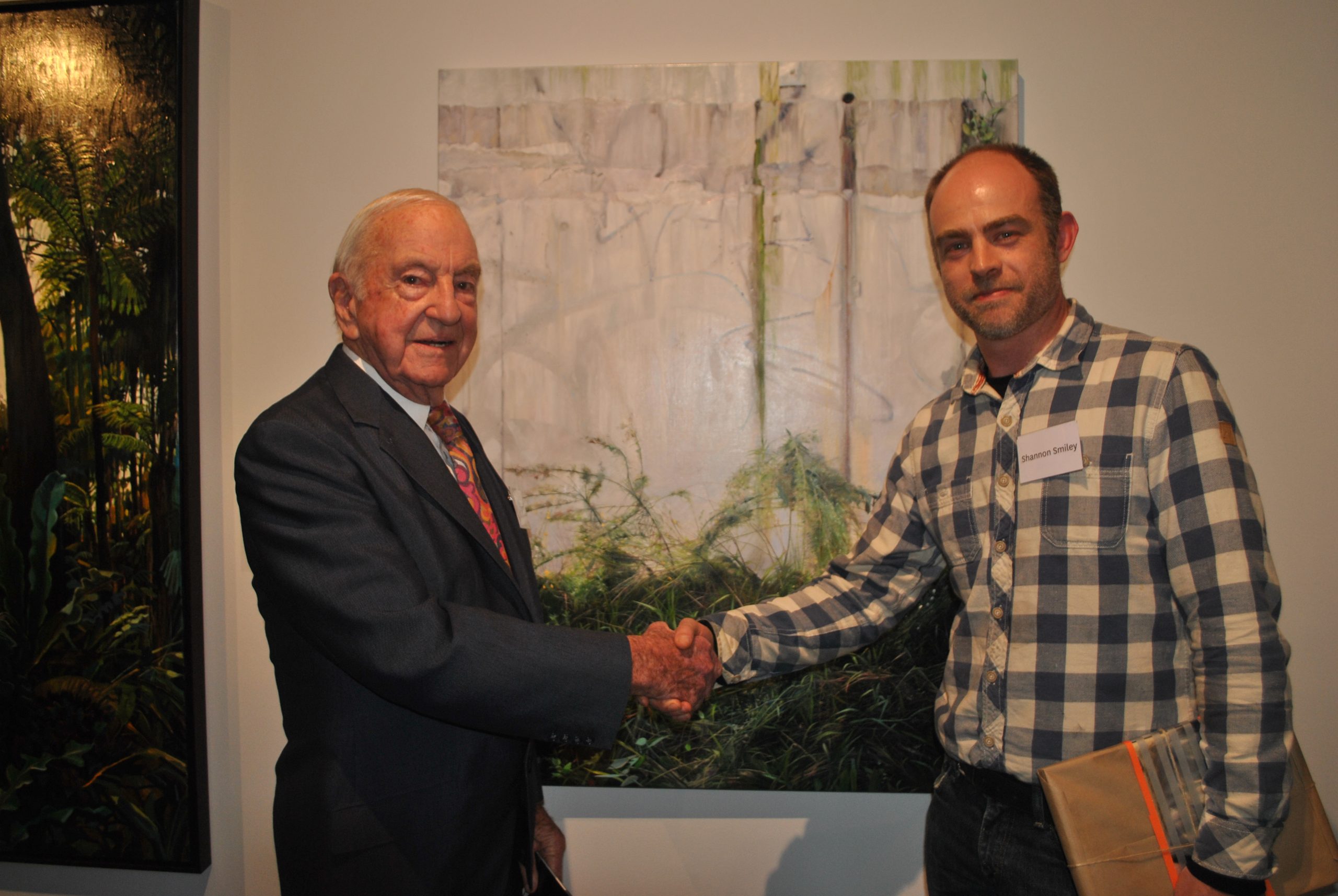 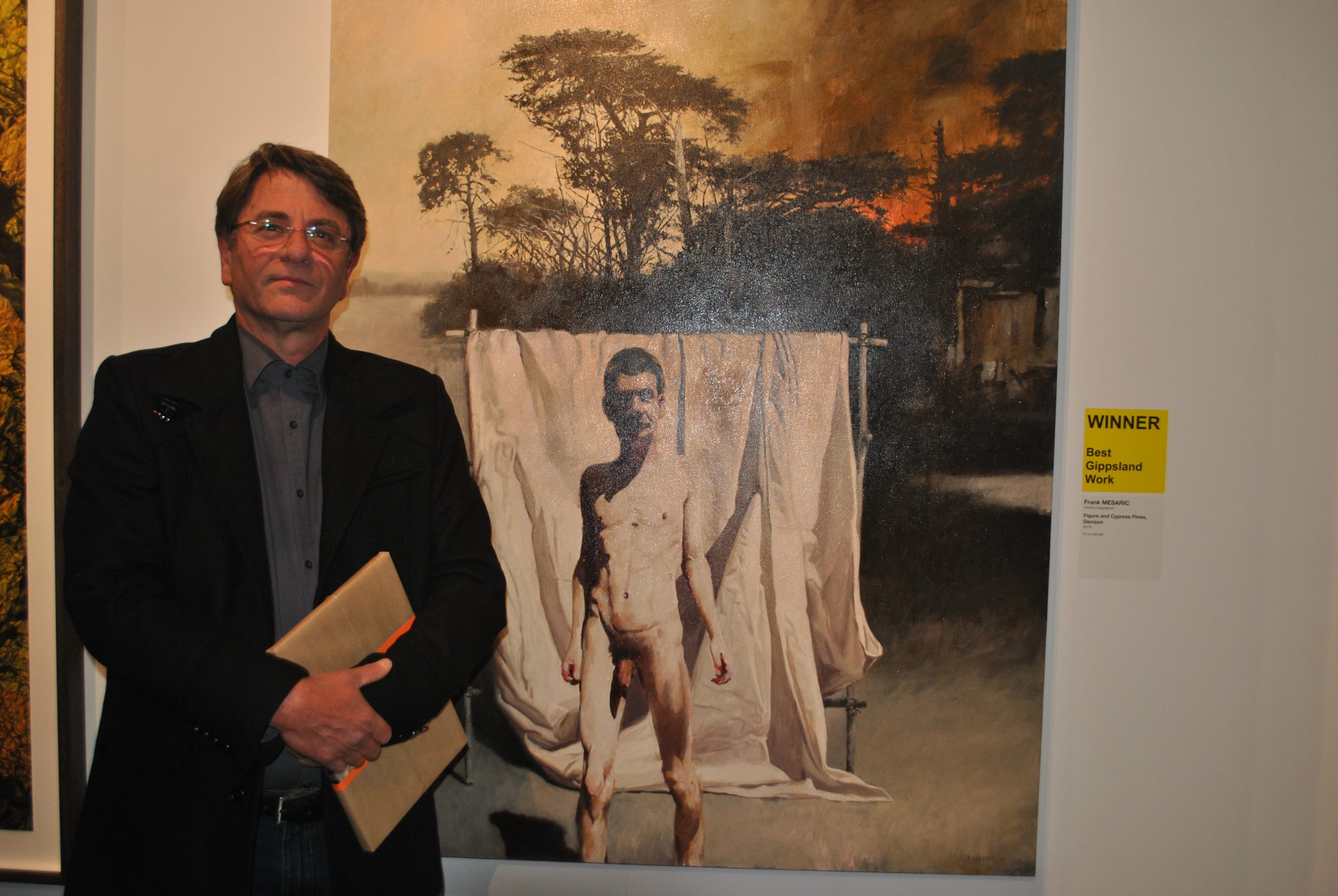 MELBOURNE-based artist Shannon Smiley has been announced as the winner of the 2014 John Leslie Art Prize.

The announcement was made by Deputy Premier Peter Ryan at the official opening at the Gippsland Art Gallery on Friday night.

The John Leslie Art Prize, valued at $20,000, is one of Australia’s most prestigious non-acquisitive prizes for landscape painting.

This work depicts a nude male standing in front of a suspended white sheet. In the background are trees that are lit by a strange orange light.

The work uncovers the magic within this overlooked scene, through highly meticulous paintwork and attention to detail.

The judges agreed Untitled, Burnley was ‘a very strong painting’, that ’emerges more and more as you look at it’.

They praised the urban setting, and felt that Smiley had produced ‘a very beautiful image out of something you wouldn’t look at twice’.

The judges also commended the ‘little colour surprises’ and ‘incredible detail’, and felt that the contrast between nature and the man-made elements had been handled very well.

Mr Smiley said he felt honoured to be the recipient of such a prestigious art prize.

“Winning is incredible; it’s something you don’t dare to even imagine because it means so much to win something like this for moving forward,” he said.

“I’m really happy about it.

“Since I studied art I fell in love with the history of landscape painting and pretty much from that I tried to figure out a way to paint the landscape without it looking like all the older paintings that I love so much.

“That transitioned from one visual aesthetic to trying to think of it in contemporary terms.”

Mr Smiley looks to the Australian suburban environment for places of enchantment.

In the overlooked and undefined spaces without purpose or function, a wilderness grows with an urgent will to live.

The 37 year old artist has been exhibiting regularly throughout Australia for a number of years.

He is a past finalist for the John Leslie Art Prize, having been shortlisted in 2010.

In addition to the winners, the judges awarded two works as Highly Commended; Weir by Alice Wormald, and Cosmic Cutting by Laura Skerlj.

Winner of the Packer’s Room Prize, as selected by gallery technicians, was Ebb by Hobart-based artist Catherine Woo.

The gallery received a record 416 entries from all states of Australia, with the shortlist of 34 finalists on show at Gippsland Art Gallery until November 23.

The winner of the People’s Choice Awards will be announced at the end of the exhibition. People visiting the exhibition are encouraged to vote for their favourite artwork.