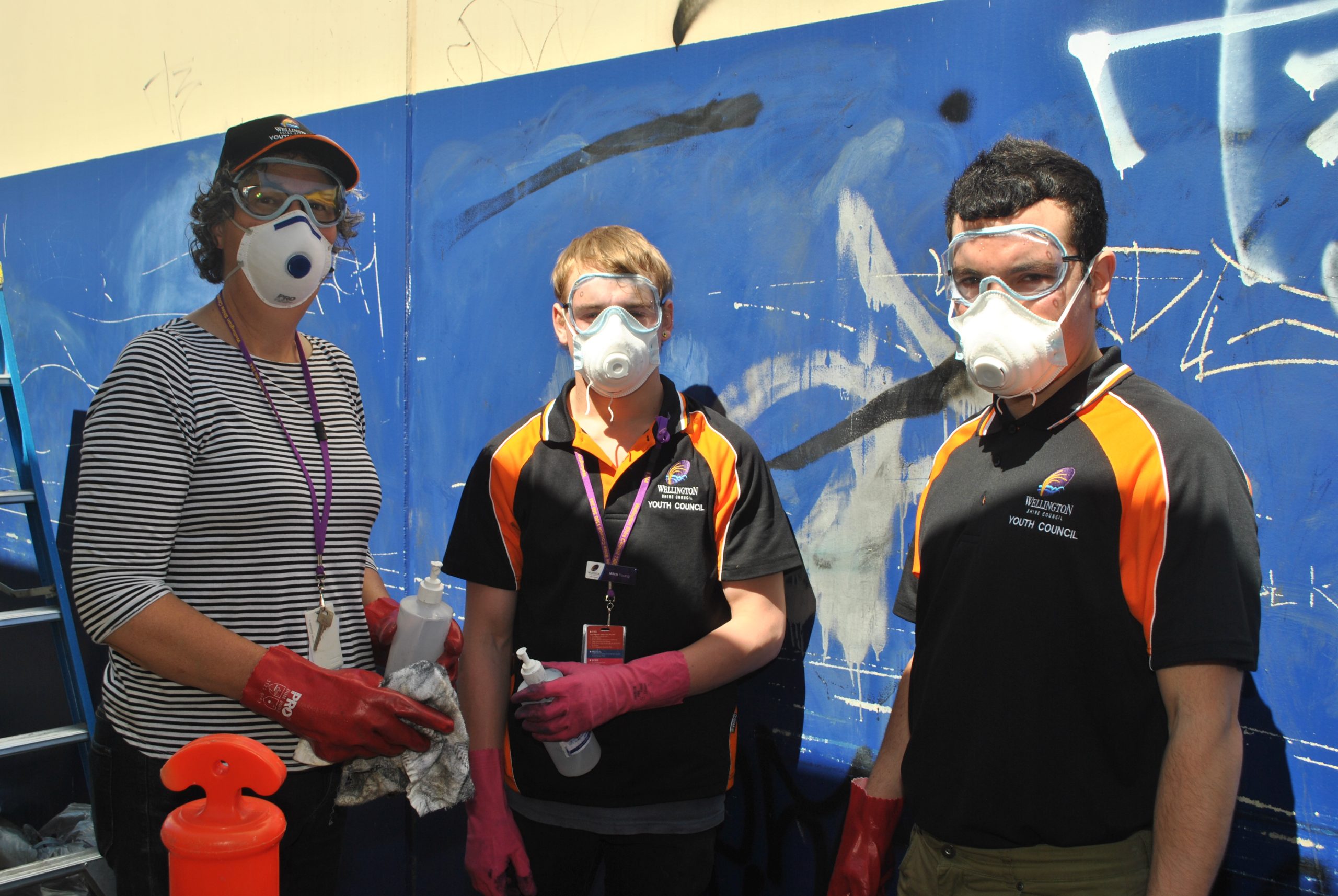 Youth councillors turned their attention to a laneway off Raymond St (between Chemist Warehouse, Leading Edge Music and Clocktower Medical Centre), with many community members assisting with the clean-up effort in the graffiti hotspot.

During recent months, incidents of graffiti in Wellington Shire have increased.

Vandalism, including graffiti, costs local businesses and ratepayer money to remove. One recent incident of graffiti in a local park resulted in a $1200 clean-up bill.

“Victoria Police has a list of known graffiti hotspots, a number of which are located in the area around the Sale clocktower,” he said.

“We’re going to tackle these hotspots, remove any graffiti present and provide advice and information to community members and local business operators on how they can access free resources from youth council and council to clean up graffiti if they become a target of vandalism.

“Let’s take a stand and make it crystal clear that graffiti is not tolerated in Wellington Shire.”

Wellington Shire mayor Scott Rossetti said he was pleased Wellington’s youth were sharing the message that community members young and old don’t want to see their towns marked with vandalism.

He said graffiti was unsightly and had a negative impact on the liveability of towns.

“Council works hard to provide appealing, vibrant open spaces and community facilities for our residents to make the most of and enjoy.

“Open acts of vandalism by a minority ruins these spaces for the rest of us.

“Graffiti demonstrates a lack of respect for community space or for the financial burden removal places on others.”

Cr Rossetti said Victoria Police and a number of local groups including SoWot and Youth InSearch also assisted in the clean-up effort on Monday.

“Council is standing side-by-side with Wellington Youth Council on this issue to tackle it head on,” he said.

“Our community promotes participation, working together to provide a safe and liveable place to be.

“We hope through our joint initiative, removing all the graffiti from one of the worst spots , we can discourage even just one person from further acts of vandalism.”