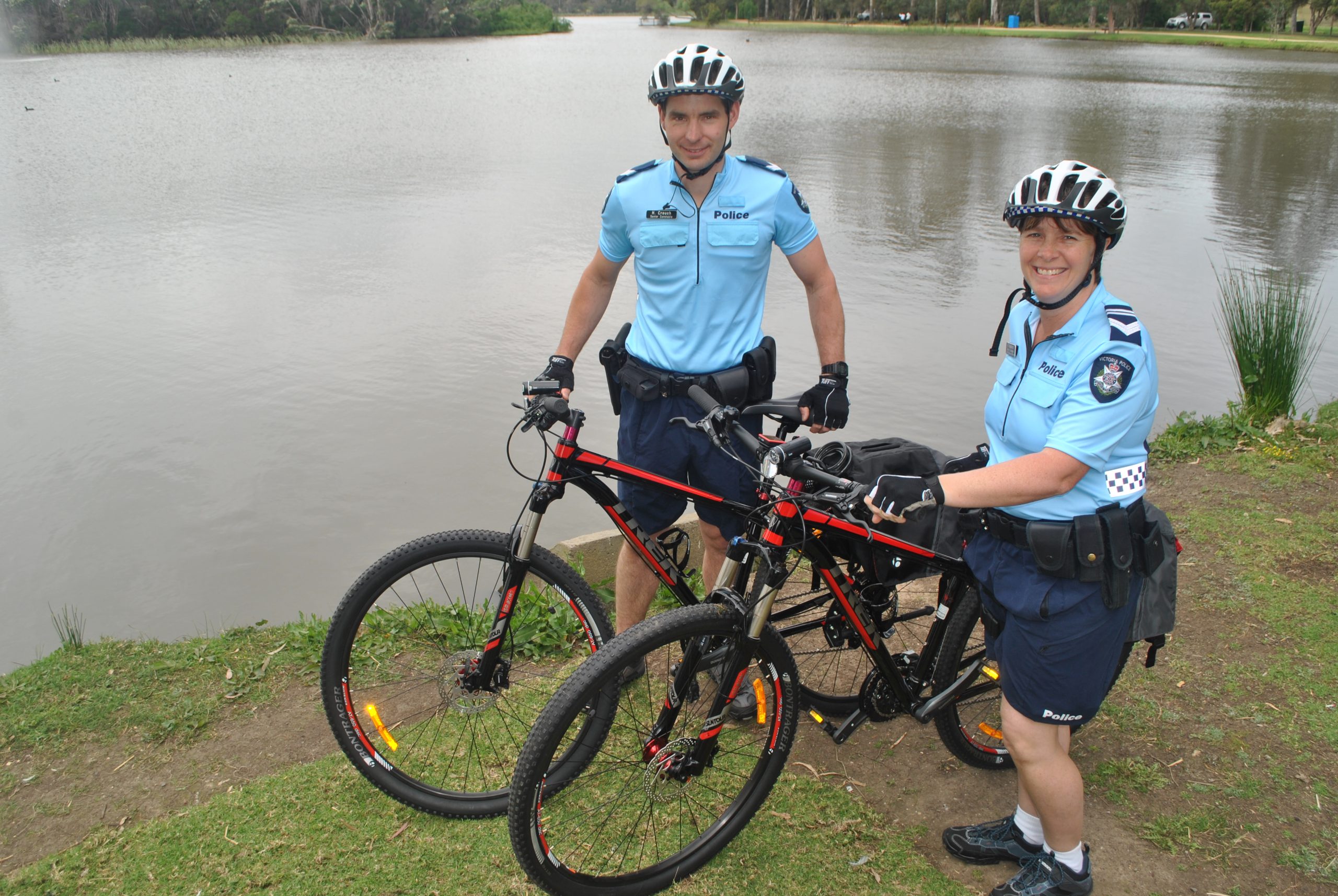 WELLINGTON police bike patrol members will be cycling around Sale this October to raise awareness for Safe Cycle Month.

‘Road rules help you cycle safely’ is the theme of this year’s Safe Cycle Month, as the campaign enters its 32nd year.

The Victoria Police initiative, supported by VicRoads, aims to raise awareness of bicycle safety among all road users and reduce bike-related road trauma.

State bicycle operations co-ordinator Sergeant Arty Lavros said police would be running a number of operations aimed at educating all road users about their responsibilities to each other.

“Whether you are a cyclist, motorist, or pedestrian you have a responsibility to keep not only yourself safe but other road users safe as well,” Sergeant Lavos said.

“The only way to do this is to obey the road rules and be aware of your surroundings.”

Sale Safe Cycle coordinator Acting Sergeant Trevor Barton said Victoria had the highest number of cyclists in Australia, with more than one million Victorians riding a bicycle each week.

“Riding in the correct lane, making sure you are highly visible with lighting and being aware of your surrounding are key factors in ensuring you are safe on the many paths and roads,” Acting Sergant Barton said.

“Bike patrol in Wellington will be out and about spreading the word about Safe Cycle Month to members of the community.

“We want to increase the focus of safe cycling and make sure people are wearing protective clothing and equipment.

“Parents with young kids should be setting an example.”

Acting Sergeant Barton said Sale police have a number of bike patrol members who will be on patrol in Sale throughout the summer months.

“Sale has a number of scenic rides including along the canal to the Swing Bridge and wetlands as well as around Lake Guthridge. We encourage people to take advantage of these bike paths, but to also be aware of people walking and jogging on these paths as well,” Acting Sergeant Barton said

Cyclists seen to be doing the wrong thing may receive a ticket. Cyclists doing the right thing will have their names put in a draw for bike related prizes, to be drawn at the end of the month.