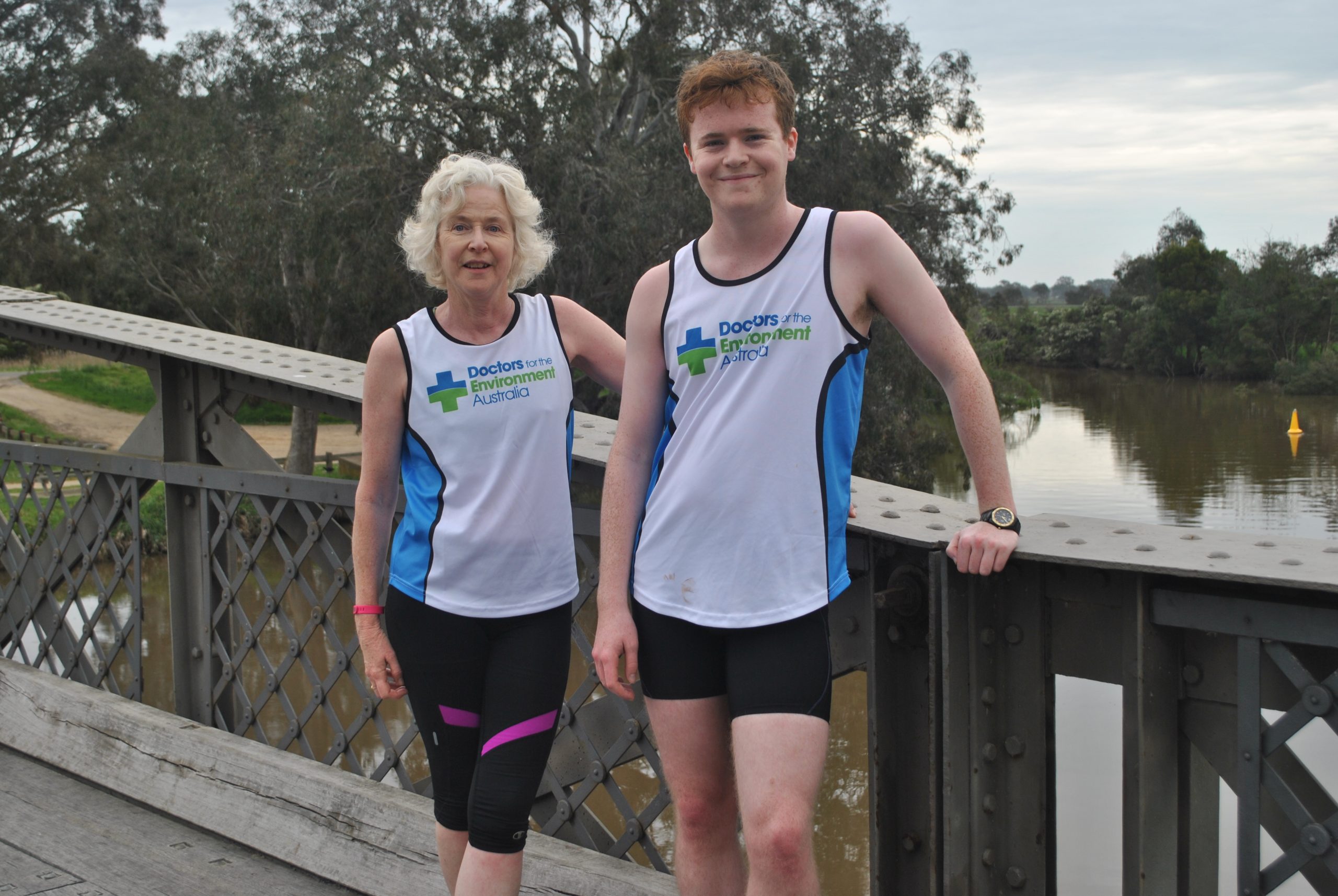 SALE paediatrician Jo McCubbin and her son Alex McCubbin will run a half marathon at the Melbourne Marathon Festival this Sunday to raise money for Doctors for the Environment Australia.

Dr McCubbin said they had been training three to four times each week to prepare for the 21.1 kilometre run.

“On work days when I don’t have time I run about five kilometres to keep up the fitness … and then at the weekend and days off we try to push it closer to 20 kilometres,” Dr McCubbin said.

“I’ve run the City2Surf a few times, that was 14 kilometres, but I was a lot younger then.”

Alex said the Melbourne Marathon Festival this Sunday will be the first time outside of training that he has attempted to run the distance.

“I thought because I haven’t run a (half) marathon before I’d like to do it, and it seemed like a pretty good cause,” he said.

“It’s a little bit nerve-racking. I hope I make the distance but I think mum has confidence in me now.”

The mother and son duo will be part of Team DEA, which has 70 medical doctors and students participating in the event.

The team is fundraising to support Doctors for the Environment Australia, a not-for-profit volunteer group of medical professionals that aim to highlight the importance of looking after the environment to protect human health.

Team DEA is aiming to raise awareness of the link between a healthy environment and people’s well-being.

“I live 70 kilometres from Morwell and during the mine fire brown coal particulates condensed in water droplets in the air here,” she said.

“If you’re breathing that, it can’t be good for your long term health.

“That is why I am running.”