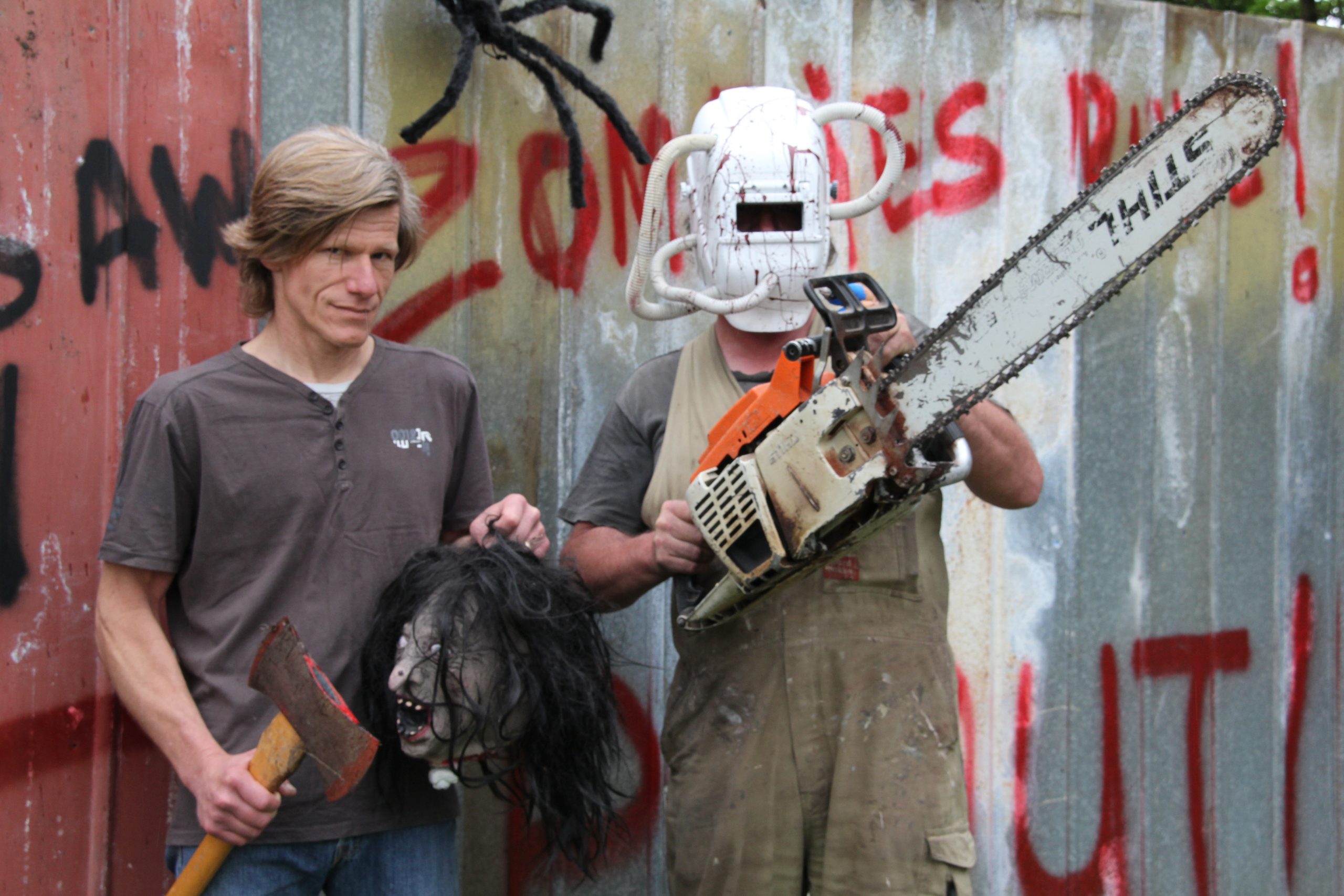 A THRILLING night will be held in Rosedale on October 31 to celebrate Halloween.

For the past eight years, the Rosedale community has celebrated All Hallows’ Eve with a haunted house, complete with zombies, ghosts and jack-o’-lanterns.

This year, an additional Halloween festivity will be included to make the night a real thriller.

A group dance to Michael Jackson’s hit song Thriller will be held at the Prince Street Reserve, Rosedale, in an attempt to break the Australian record for the most people dancing simultaneously to Thriller.

Rosedale and District Chamber of Commerce secretary Coola Nassiokas said the dance would be a fun addition to the annual event.

“We are encouraging local people to learn the moves to Thriller and help be a part of the dance,” she said.

“On the night we are hoping for around 1000 people to dance to Thriller.

“We can’t find a record for Australia, but Perth had 764 people at a Thriller dance so we would like to make it bigger.

“These events are helping the town in a big way, not only financially but also putting us on the map.

“We have had interest as far as Geelong and Bairnsdale, so it should be a great night.”

The annual main attraction, the haunted house, will be set up this year at the Prince Street Reserve.

Rosedale resident David Kupisiewicz said the location had been changed as his own home, where the haunted house was usually staged, was being renovated.

“Previously it was held at my house but this year it is being held at the Prince Street Reserve and the haunted house will be inside the old school building,” he said.

Each year Mr Kupisiewicz, originally from Southern California, had transformed his Cansick St property into a house of horrors for Halloween.

The idea for the haunted house transpired when his children wanted to go trick or treating, a tradition they had previously celebrated in California.

“They said “daddy, can we have Halloween?” and I said “they don’t have that here”.

“A few years later I set up a haunted house for my kids and their friends,” he said.

“Every year it doubles in numbers.”

Mr Kupisiewicz said this year, the first half of the haunted house had been designed for children, with props and animations and a side door to exit early.

“The last half is really scary,” he said.

“We have had adults coming out with tears.

“You can hear lots of screams, but most people enjoy themselves.”

Rosedale residents and businesses are also encouraged to decorate their homes and shops with a Halloween theme.

The Halloween festival will be held on October 31 in Rosedale, with children’s entertainment to begin at 5pm.

Winners of the best dressed and best Rosedale haunted house competitions will be announced at 6.30pm.

The Thriller dance will take place at dusk, followed by the opening of the haunted house and the screening of an outdoor family-friendly scary movie in the park.