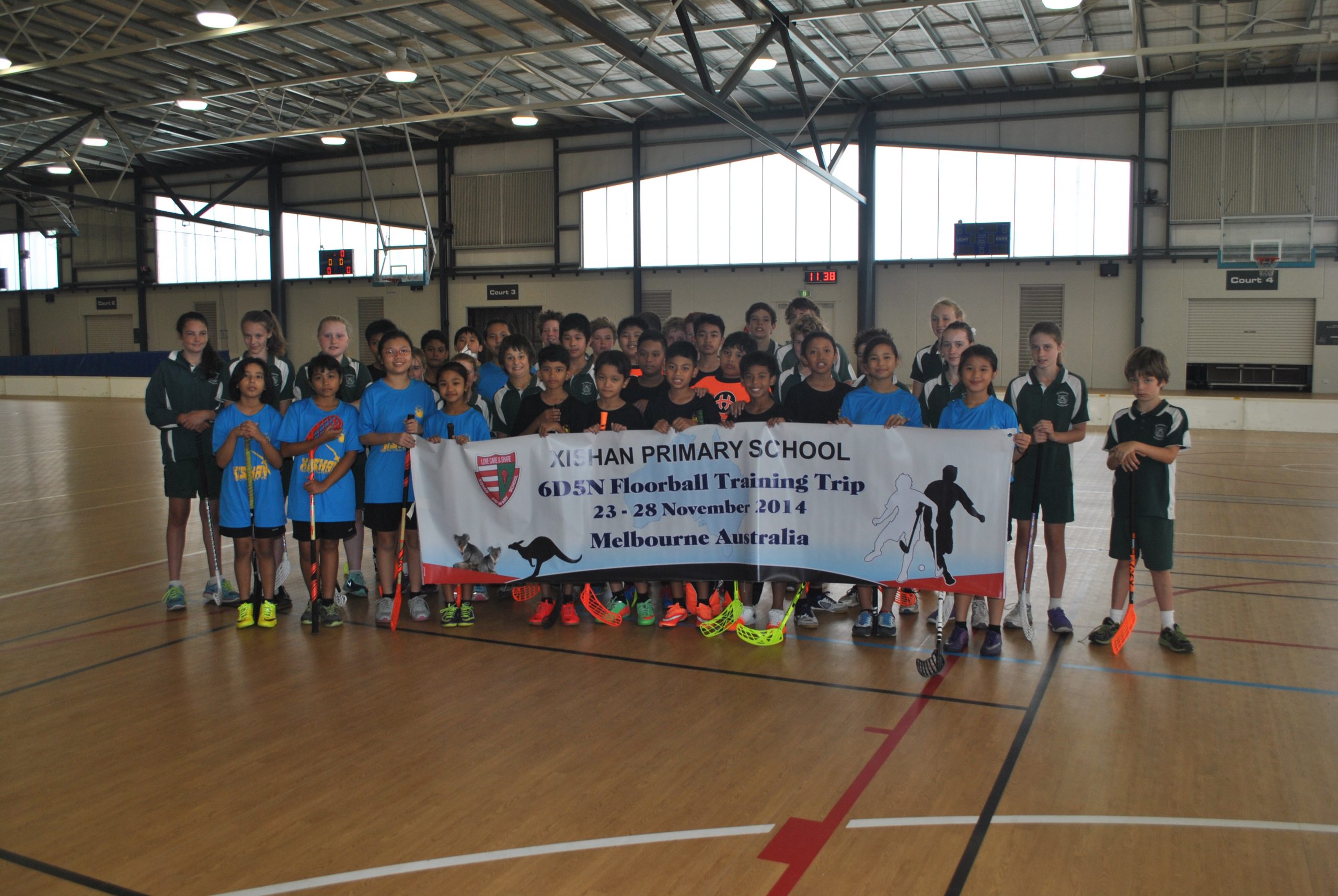 Floorball which is often referred to as ice hockey without the ice is different from usual forms of hockey as it is non-contact, making it safe for the participation of people of all ages. It is a popular mainstream school sport in Singapore and is becoming increasingly popular in Australia.

Each school group was taught the basic rules of the game before battling it out in a 45 minute match against Xishan.

Through their week-long stay in Australia, two days of which were spent in Sale, Xishan Primary aimed to immerse themselves in Australia’s sporting culture and hone their sports skills through friendly games and interactions with locals.

The school recently participated in the Singapore Primary Schools Floorball Championships where their boys side finished as the champions and their girls side took out bronze.

Floorball has been played in Sale since 2010 and runs every Sunday from 4pm at GRSC.