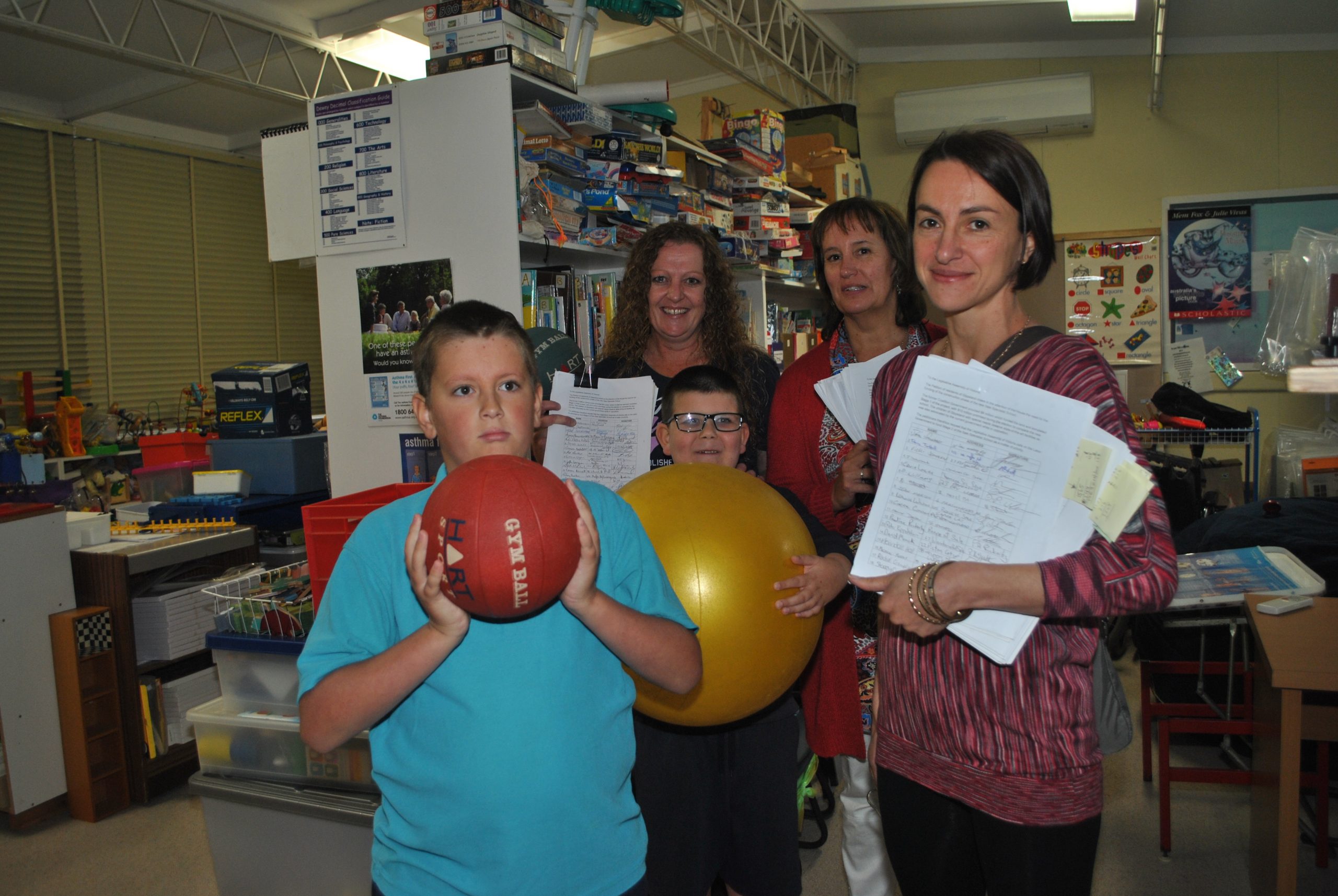 SALE Specialist School parents are pleading with the government to ensure funding is made available to ensure construction of the desperately needed new school is not left in limbo.

Sale Specialist School was built in 1985 for 15 students and now caters for more than 75 students across three campuses.

Mr Brooks was appalled by the facilities, which still include a re-purposed shipping container to house sporting equipment, where most other schools would have access to a purpose-built gymnasium.

“Particularly with specialist settings, the students in the schools need appropriate facilities to ensure their safety, the safety of staff and also to ensure that they are able to learn.”

Since then the school has been able to gain temporary use of adjoining facilities and the previous Coalition government allocated $3.5 million to buy land and develop a master plan, which has been completed.

Funding of $4 million for planning and stage one of a new campus was allocated in the 2014 state budget.

Now the New School Parent Action Group has collected more than 4000 signatures to a petition seeking funding for the much-needed new school.

NSPAG spokeswoman Jane Nash said the purchase of the land had been a great relief, but the project needed to be completed.

“After so many years of applying to successive governments and begging for attention from all relevant authorities, stating the fact that the number of children and young people within the Wellington Shire who live with a huge range of special needs was growing, students continue to remain in desperate need of being educated in a one-site, built-for-purpose school and surroundings,” she said.

“The relief felt from the $15 million announcement for the new one-site school was a raw emotional one, however, due to a change in government, that promised funding dissipated.”

Since late December the NSPAG, supported by local businesses and concerned public members, has worked to petition the Andrews Labor government to review that funding promise and take a bipartisan approach.

“Restore hope that children and youth with disabilities in our shire will be able to access education in an appropriate setting and to a standard expected by their able-bodied peers in the Victorian education system,” Ms Nash pleaded.

A spokesman for the Department of Education and Training responded to the Gippsland Times, confirming progress of stage one of the new school project.

“A site for the new Sale Specialist School was purchased early last year and the 2014-15 State Budget included $4 million for planning and stage one works.

“Architects have been appointed and are currently working on a master plan in consultation with Sale Specialist School and other relevant stakeholders.

“Funding for school redevelopments will be considered as part of future budget deliberations.”