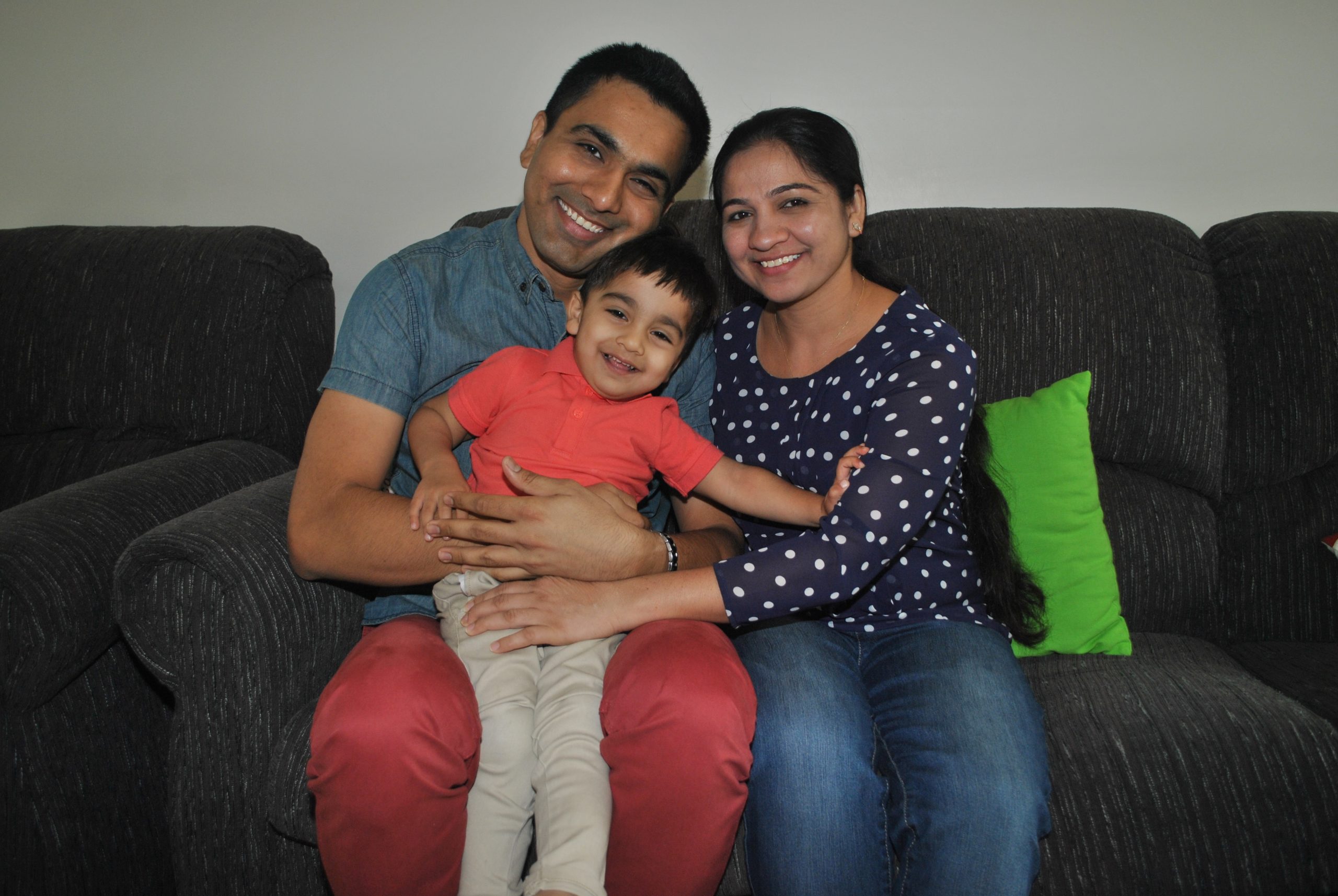 SANDIP and Nita Desai lived in the palatial city of Dubai for five years, but Sale is where they would prefer to be.

On Saturday they celebrated their one year anniversary of living in Australia.

Sandip and Nita Desai, now Sale residents, are from the western province of Gujarat, known as the jewel of the west in India.

Gujarat, located north-west of Mumbai, has a population of about 60 million people.

“I think the most striking part of Australia, which I like most, is the freedom which one gets,” Sandip said.

“You do have the freedom of doing what you want to do and what you want to express and you still feel comfortable in your own way and you can still be part of a larger community, which is not possible in many countries.”

Sandip and Nita lived in Saudi Arabia for three years, before moving to the United Arab Emirates, living in Dubai for five years.

Before making the move to Sale last year, the family lived in Adelaide for about six months.

Sandip has a graduate Bachelor’s Degree in Dairy and Food Technology and now works at Murray Goulburn in Maffra.

“We’ve spent about five or six months in South Australia in the city of Adelaide where I was doing some jobs, but then I got a job at Murray Goulburn which is a job in my field,” Sandip said.

“I left India when I was like 21 and then I’ve spent the last nine years in different countries.

“Out of the four countries where I have stayed and lived, of course everyone has an inclination towards the home country, but considering all the parameters, I definitely love Australia and I would put it as the first of my (list).

“I had many options like the (United Kingdom), New Zealand or Canada.

“Among all of those options, I did a lot of research, and I have decided that I’ll be planning to spend the rest of my life, and my kid’s life, in Australia.”

Sandip and Nita’s son Sneh was born in 2012 when they were living in Dubai.

“He has spent a year in Dubai and then we had a long vacation before we came here so out of the two and a half years he’s been in three countries already,” Sandip said.

“He’s spent a year in Dubai, a year in Australia and six months in India.”

Sandip said part of the reason they moved to Australia was to provide Sneh with a prosperous future.

He said he knew Sneh would receive an excellent education in Australia, with adequate time to explore other avenues including sports and hobbies.

“(In India) it’s a world class education, it’s recognised everywhere but the thing is it is so hard,” Sandip said.

“If you want to excel in education, which I had to, then you don’t get a lot of time to do what other things you want to do.

“It’s a world renowned and accepted but it’s not really over-burdening them; they still have a lot of time for sports or whatever hobbies they want to pursue (and) that way it is a lot lighter.”

They had a wonderful life in Dubai however, Sandip said Australia was a peaceful place, far removed from war zones in the Middle East.

“Everyone here should really feel privileged that they live here in this part of the world,” he said.

“The geographical location of the country itself makes it a very peaceful place.”

Sandip said Sale had provided them with everything they were looking for.

“Sale gives me a lot of time to spend with my family,” he said.

“It’s a very nice place to raise the family; it’s a beautiful place.

“I really like the people here; they are very kind.

“I know even compared to Adelaide or Melbourne, I’d prefer Sale any day.

“I would say it’s a perfect place to raise kids.”

Sandip said on his days off work, he enjoyed walking around Lake Guthridge with Sneh.

“My roster is four on, four off, so whenever I am off I take him around and he just walks and runs around (Lake Guthridge) and he’s a happy little (boy),” he said.

The past week has been a time of celebration for the Desais, Saturday marking their first anniversary of living in Australia, and yesterday their seventh wedding anniversary.

“It was February 12 (a couple of days) before Valentine’s Day.

“We are from the same place, and we speak the same language which is Gujarati.”

Sandip and Nita engaged in a traditional Hindu wedding, with thousands of people attending their celebrations over a number of days.

He described their nuptials as a “big fat Indian wedding”.

Sandip said about 2500 people attended a reception they held the day after the wedding, but said not all Indian weddings had an extensive guest list.

He said some Indian weddings were more comparable in size to Australian weddings.

“They are equally as expensive (as Australian weddings) but sometimes it’s about the concept,” he said.

“Sometimes you see people saving a lot of money ever since the kids are young for their grand wedding.

“Because the way society is, a wedding is an expression of your family, so they want to make it larger than life.”

When a Hindu wedding is planned, the bride and groom select an auspicious wedding date based on the Hindu calendar.

Sandip said based on the Hindu calendar and human population, there may be up to 10,000 people marrying in Gujarat on one day.

Sandip and Nita practice Hinduism and said while they would raise Sneh in the same way, they would also encourage him to explore other religions, if he so desired.

“Hinduism is a way of life; the religion itself is so secular in nature wherein that it doesn’t stop us from doing anything,” Sandip said.

“We celebrate Christmas and we had first Easter here and we believe in getting good things from everywhere.

“I’ll make sure that the culture and the language and everything is passed onto Sneh, but I’ll also ask him and bring him up in a way that he is open to everything.

“He will be raised as a Hindu, but we will leave it to him; we will give the freedom of choosing whatever he wants to.”

Sandip said they planned to holiday in India in the future, but they were ready to call Sale home.