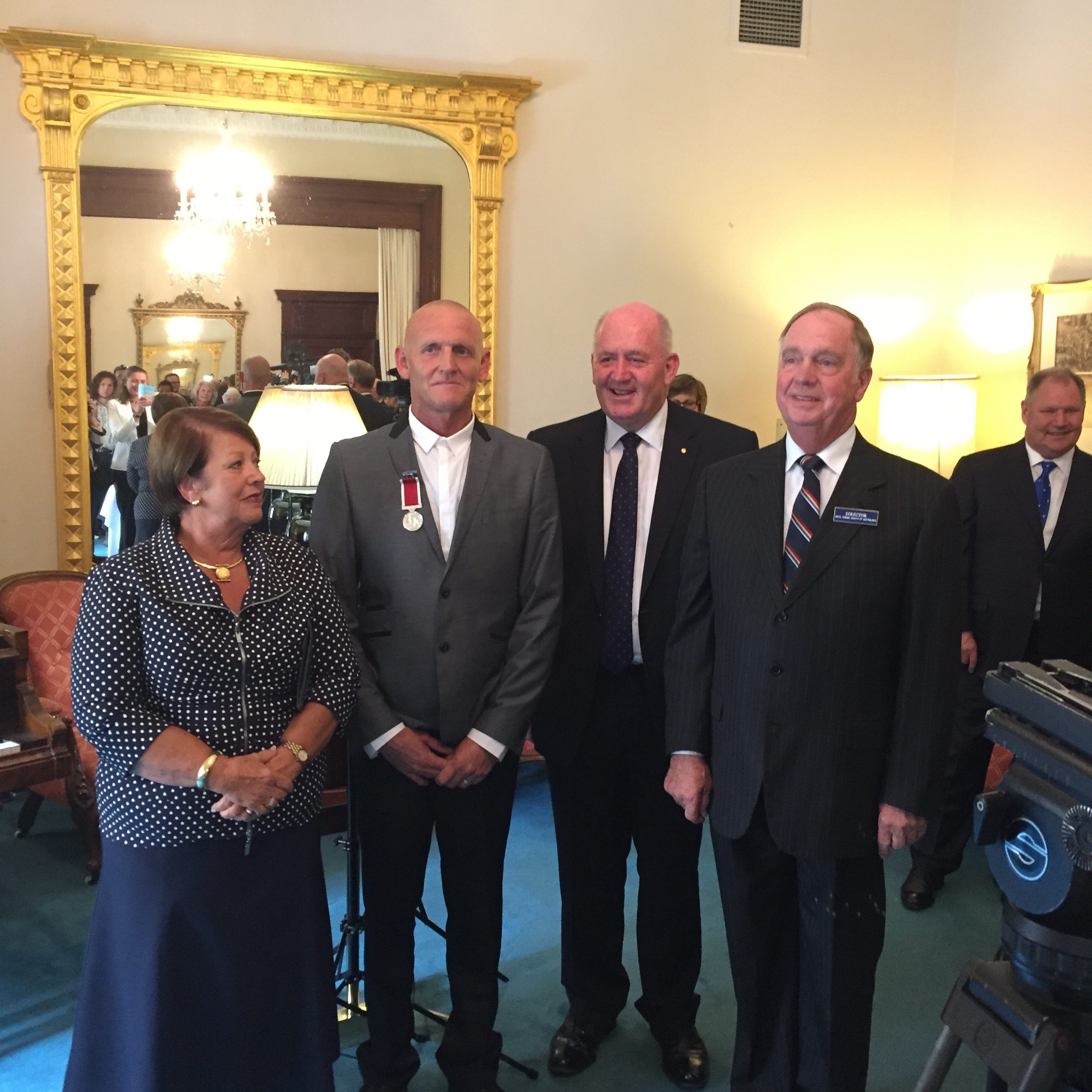 A SALE man who rescued a boy from a burning house in Airly in 2012 has been awarded the 2014 Clarke Medal for his bravery.

Andrew Capper was presented with the award by Governor General Sir Peter Cosgrove on Wednesday at Melbourne Town Hall.

Mr Capper rescued 11-year-old Christopher Nuttall from a burning house in Airly on May 12, 2012.

At 9.50pm, Mr Capper and Christopher’s mother Katrina Nuttall heard the sound of glass breaking and Mr Capper jumped out of bed, went into the hallway and yelled “fire, fire”.

Ms Nuttall ran into the hallway and went to her daughter’s bedroom and helped her to escape via the front door.

Mr Capper and Ms Nuttall tried to get through the hallway doors to Christopher’s bedroom but were unable to because of thick black smoke and intense heat.

They both ran out the front door and Ms Nuttall ran around the verandah to an external door of her son’s bedroom and smashed the door and glass panels with her hands and tore the rotten wood away.

Ms Nuttall pulled the curtain back and a thick black cloud of smoke choked her.

Mr Capper and Ms Nuttall were then alerted by other family members that they thought the boy was in the back extension of the house.

Mr Capper went into the burning house via the back door and located the boy lying on the floor unconscious about five metres from the back door.

Ms Nuttall ran in behind Mr Capper and through the thick smoke helped to drag him outside.

The boy was rushed to Sale hospital before being flown to the Royal Children’s Hospital, where he spent three months and was treated for severe injuries.

Mr Capper suffered burns to his head and hands and Ms Nuttall some burns and cuts to her hands and feet.

Mr Capper said 13-year-old Christopher was looking at more skin grafts and other procedures in the future, but said he was doing well.

Mr Capper said it was an honour to receive the award.

Ms Nuttall received a bronze medal for her efforts at a ceremony of Victorian recipients on November 28 last year at Government House, Melbourne where Victorian Governor Alex Chernov presented Ms Nuttall with her award.