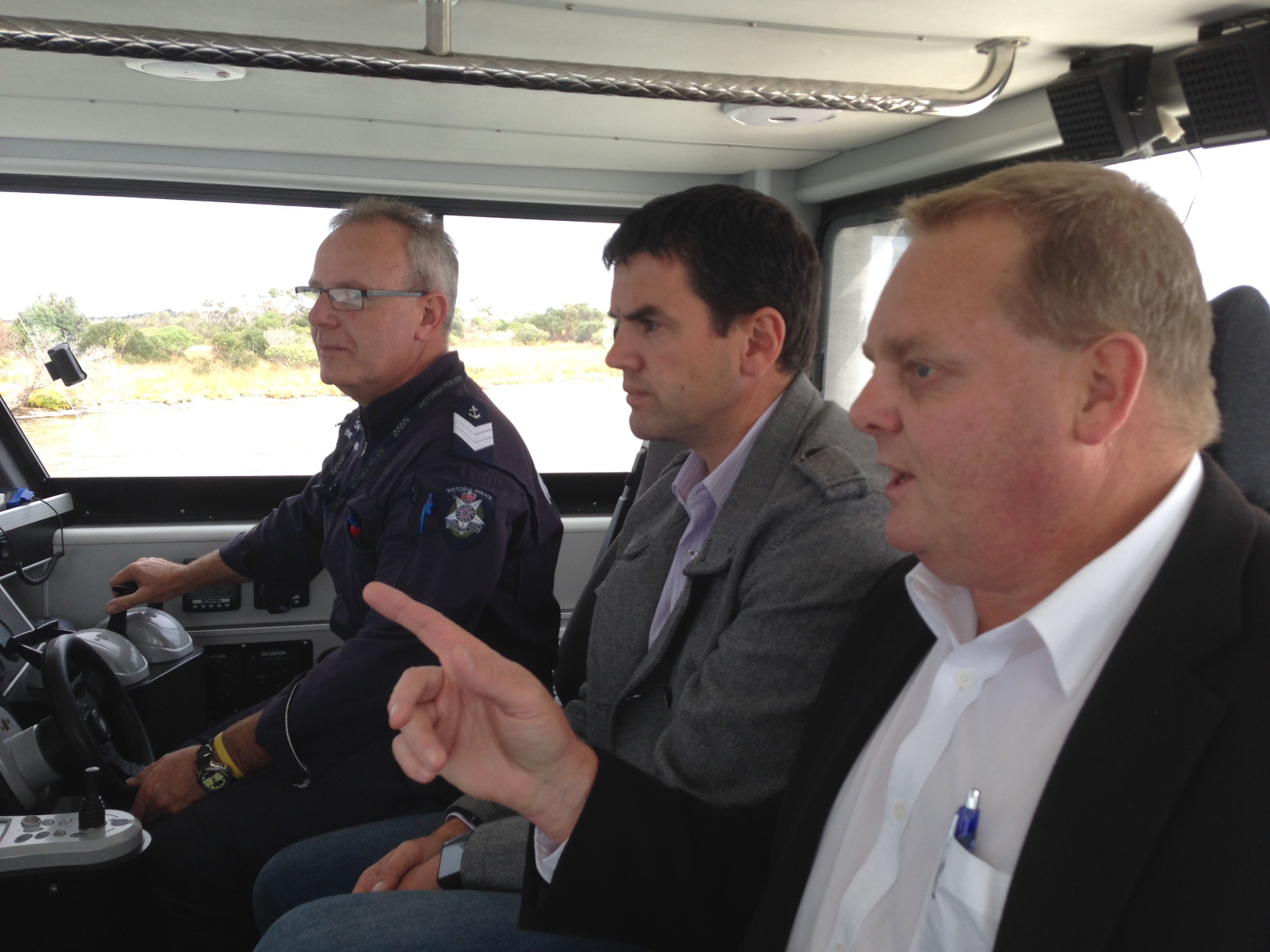 Mr Bull said it was pleasing to have Mr Battin visit the Gippsland Lakes to hear and see firsthand the work that had been undertaken over the past four years, during which the Coalition government had provided $10 million in funding.

Mr Battin said it was clear the fund, which is overseen by the Gippsland Lakes Ministerial Advisory Committee, had supported an enormous amount of work in the areas of research, education and investigation of matters pertaining to the Gippsland Lakes.

“To hear of the Burrinan dolphin research, the enormous amount of work that has been done with education of school children explaining to them the importance of the Lakes and having them involved in hands-on projects, to the investigatory work into water quality monitoring and pest plant control, shows just how valuable this fund has been,” he said.

“It is very clear, that these programs need to continue and there are other important projects to be undertaken and that is why this funding is so critical. That is why we committed to a further $8 million pre-election,” he said.

“One of the new projects that is on the drawing board, but is dependent on funding, is the need for a study into sediments within the Gippsland Lakes, with discussions having already been commenced on this topic with relevant agencies.”

While in the region, Mr Battin, who is also shadow minister for emergency services, took the opportunity to look over the new police boat VP09 in Paynsville.