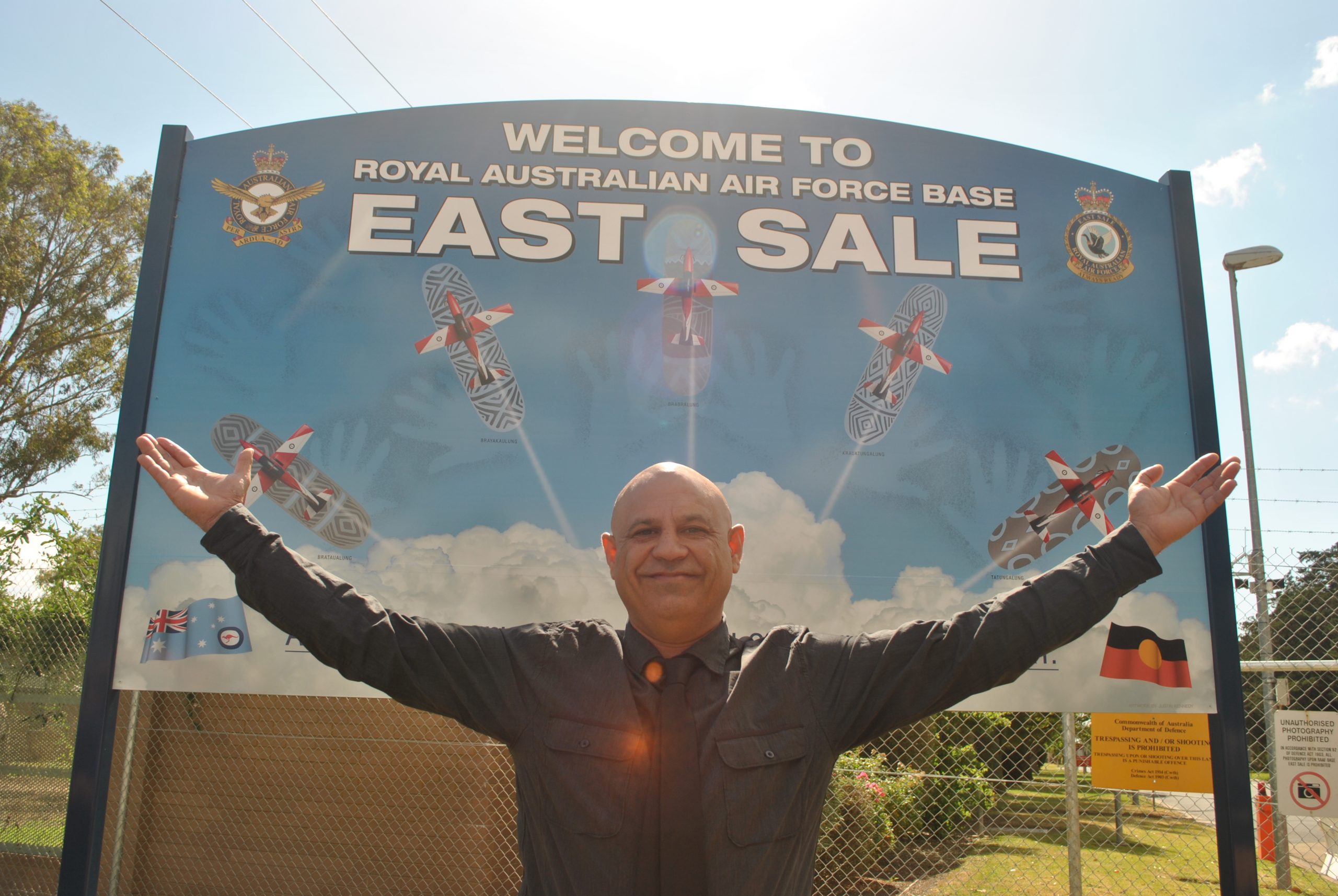 ROULETTES and the five Gunaikurnai tribe symbols are featured on a new sign at RAAF Base, East Sale.

The Indigenous welcome and acknowledgment sign at the entry to the base was unveiled on Friday morning.

The base has enjoyed a positive relationship with the local Indigenous community, so as a gesture of solidarity, an initiative was undertaken to develop Indigenous signs at the entry to the base.

The artist behind the design, Mr Kennedy, said he had worked with RAAF Base, East Sale, officials during the past 12 months to design the Indigenous welcome and acknowledgement sign.

An artist of 17 years, Mr Kennedy said he spent much time agonising over the design, wanting to ensure it encapsulated the connection between the Gunaikurnai tribes and RAAF Base, East Sale.

Mr Kennedy said he would often wake up in the middle of the night with ideas for the design.

He said the two year project had been conducted under the watchful eyes of Wing Commander Svede and Mr Kennedy.

Group Captain Frisina said this project was part of the whole Defence Reconciliation Program which began in 2008.

“Part of that was about honouring the traditional land owners across Australia with signs like this across the nation,” Group Captain Frisina said.

“This is one of many that we have around defence establishments.

“As Wing Commander Svede alluded to, it’s about honouring the past (acknowledging) that we can’t just take the land, we have to ask permission.

“I was very pleased today to get the welcome to country from Aunty Beryl and Aunty Rachel Mullet.”