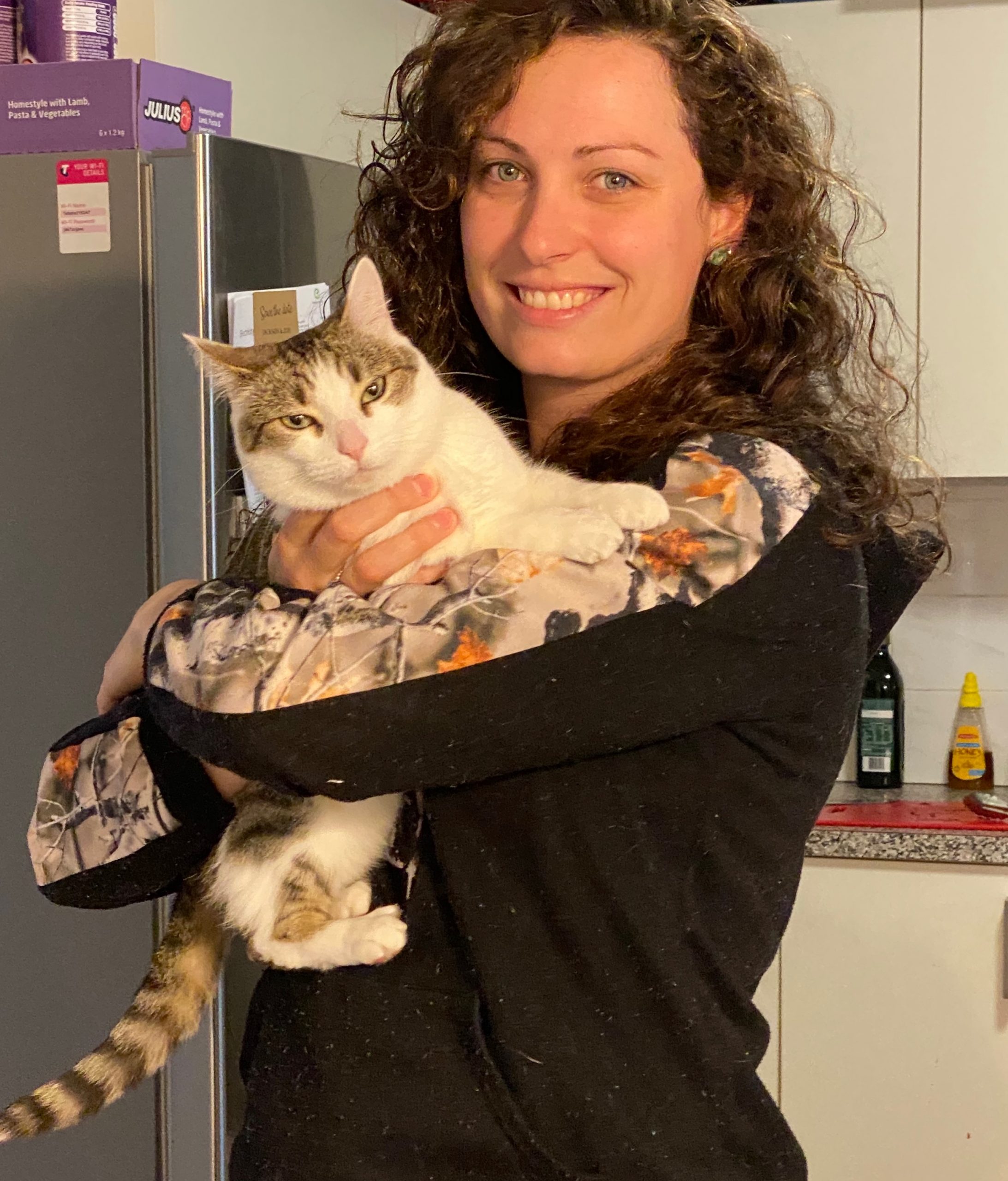 THERE’S no debate that Anna Weeding loves cats – she’s just not always a big fan of their owners.

Like all good cat owners, Anna keeps her cat indoors, or contained to her property, and her much-loved moggie is well fed, cared for, and definitely never outside at night time.

But like many of her fellow Maffra residents, she is facing a huge cat problem.

“There are a lot of stray cats in Maffra, but we have one particular cat that visits our yard most nights, trying to fight with my cat through the window, banging on it and hissing and driving us mad,” she said.

One recent morning Anna and her partner were sitting on their back verandah enjoying the sunshine with their cat Louie well in sight, when he suddenly disappeared under the house.

“The next thing I know we can hear Louie screaming, and then he came out all bashed up and with bleeding ears,” Anna said.

“It was the same cat that comes around at night, and it’s definitely someone’s pet because it ran down the driveway and I could see its collar and hear its bell.”

Ms Weeding said she believed the problem of roaming cats in Maffra was being “swept under the rug”, with the issue not getting the attention that roaming dogs would get.

“I know it’s a touchy subject, like religion or politics, but some cat owners just don’t accept that their animal is a problem for other residents, and they certainly don’t acknowledge the damage they do to wildlife.”

With the increasing population and the number of roaming, abandoned and feral cats in Maffra, Ms Weeding is part of a growing cohort of residents calling for a cat curfew.

“I can’t believe there isn’t one; I just think there’s a pretty casual culture here about animal ownership,” she said.

Most Victorian councils, including neighbouring Latrobe City, have implemented cat curfews to tackle the issue of roaming cats – forcing cat owners to keep their pets inside from 9pm to 6am, seven days a week.

While Wellington Shire Council currently does not have a curfew, under Victorian legislation it is illegal for owners to let their cat persistently wander onto a neighbours’ or other person’s property without permission.

Two streets down from Anna another resident, who does not want to be named, says the cat issue is so divisive it can encourage aggression from some cat owners who misread “responsible cat ownership” as a limitation of their own freedoms.

“And then there’s people who think that anybody who advocates for responsible cat ownership is a ‘cat hater’ – that’s their mantra every time, ‘oh, you just hate cats’,” he said.

“We have one ourselves who is a much-loved family member. We just accept that not everyone wants their yard to be a toilet for every neighbourhood cat or a killing field.

“But when people don’t do the right thing, then authorities have to act and a cat curfew would probably be the only thing that could change behaviours.”

The resident says it’s not an easy topic to discuss with anybody, because a lot of people resent being told what to do “even if it’s the responsible thing to do”.

Nearby there’s Rosie Heron, who calls her street a “cat war zone”.

“At least twice a week for the past two years we have massive cat fights in our yard at night time and we get woken up,” she said.

Rosie – who doesn’t own a cat herself – says it’s not just one cat that comes to her yard to fight and kill native birds and lizards, it’s several.

“There’s a handful of crazy cats that keep coming around here. It’s always a different cat, so there must be a lot out there that are not kept in at night,” she said.

“One even came to live in my yard for a while. He seemed pretty happy to be there, but he didn’t let me get too close.

“It’s ridiculous, I’ve got to the point where I’m going to have to get a trap because it’s just too much.”

Another resident suggested on a local social media site that people get together and approach the council about a cat curfew.

Wellington Shire Council was approached for comment, but did not respond.