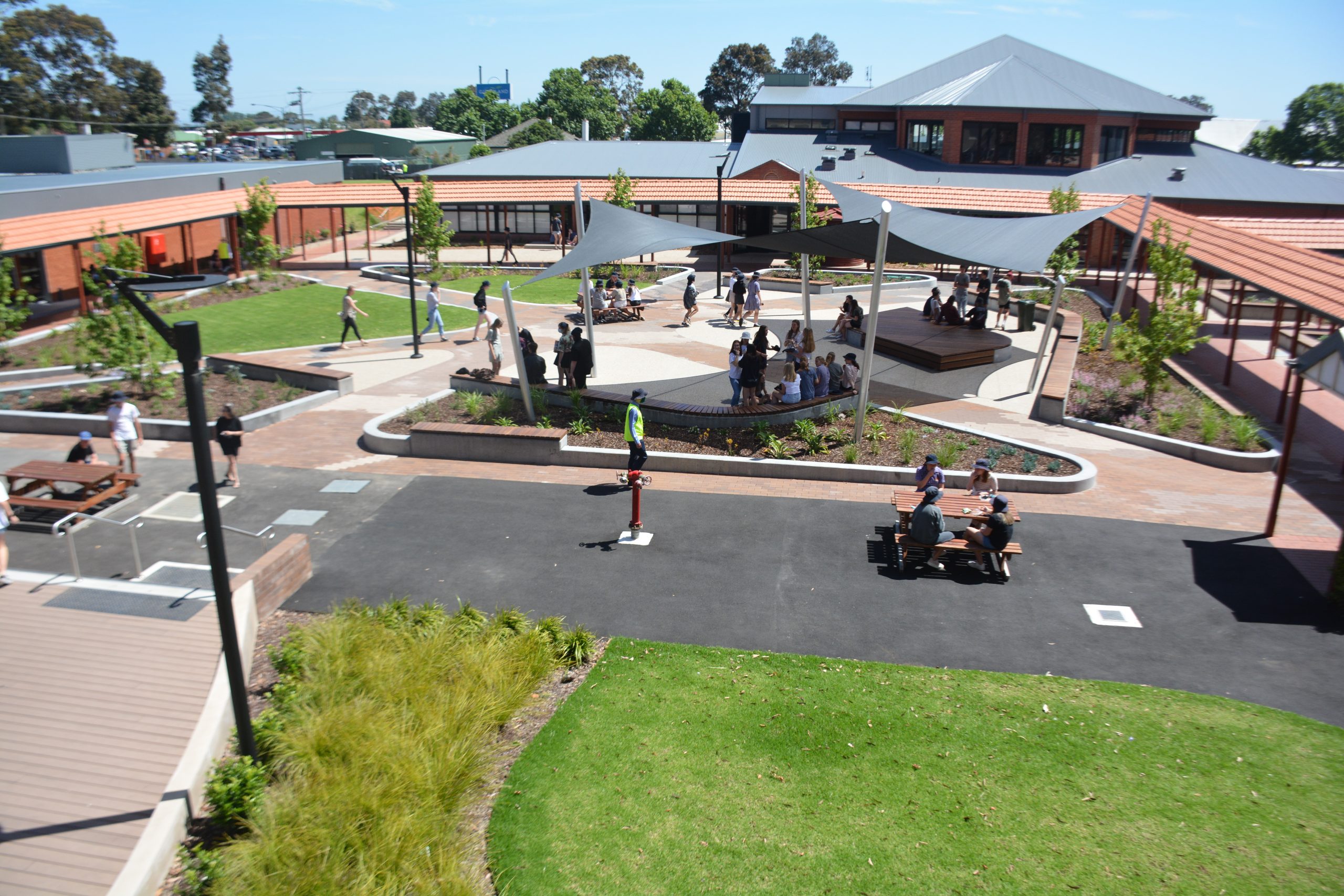 CATHOLIC College Sale’s junior students have so far been enjoying the spoils of being the first cohort through the school’s brand new John 23rd building.

The building has undergone a $6 million refurbishment and extension, now housing the school’s Year 7 and 8 students who made the move from Sion to the St Patrick’s campus last week.

The modern facilities and in-built technology have impressed the school’s current Year 7s – next year’s Year 8s– who will be joined by the next lot of Year 7 students in late January.

With the new facility comes a new leadership structure and teaching style.

The leadership structure now involves engagement coaches, who identify the individual needs of each student to help them learn the best way they can.

To tailor education to the needs of each student – whether that be academic, applied learning or otherwise – the school decided to move away from a traditional ‘chalk and talk’ classroom environment to a more flexible ‘learning studio’ set-up.

A number of ‘breakaway’ spaces – in the classroom or visible from the classroom through windows – mean the students can learn at their own pace and move away for small group work or individual study.

Some of more popular classroom improvements include whiteboard tables, allowing students to work directly on their table surface, and remote access from the students’ laptops into the classroom television, to display what they’re working on to the class.

The building also houses an impressive new university-style lecture theatre, in addition to the theatre the more senior students enjoy.

There will be a nod to the school’s Sion roots, with an historical display at the entrance to the John 23rd building, as well as in a hallway near the recently-refurbished entrance and reception area, which also pays tribute to the college’s Marist heritage.

A new calming central courtyard, between the library and the John 23rd building, has plenty of seating and even a stage – which has already been christened with a couple of lunchtime live music performances.

Assistant principal Cindy Foat is overjoyed with the finished result.

“We’re very proud of it, and we’re excited about how our students have adapted to the change,” she said.

“We’ve welcomed all the new Year 7 students via Zoom because of COVID-19 restrictions, but we’re looking forward to actually having the kids on site.”

The new John 23rd building joins a long list of improvements the school has made recently – including its Notre Dame de Sion library building, renovations to the heritage-listed St Patrick’s building and the new O’Connor Learning Centre, which houses the year nines.