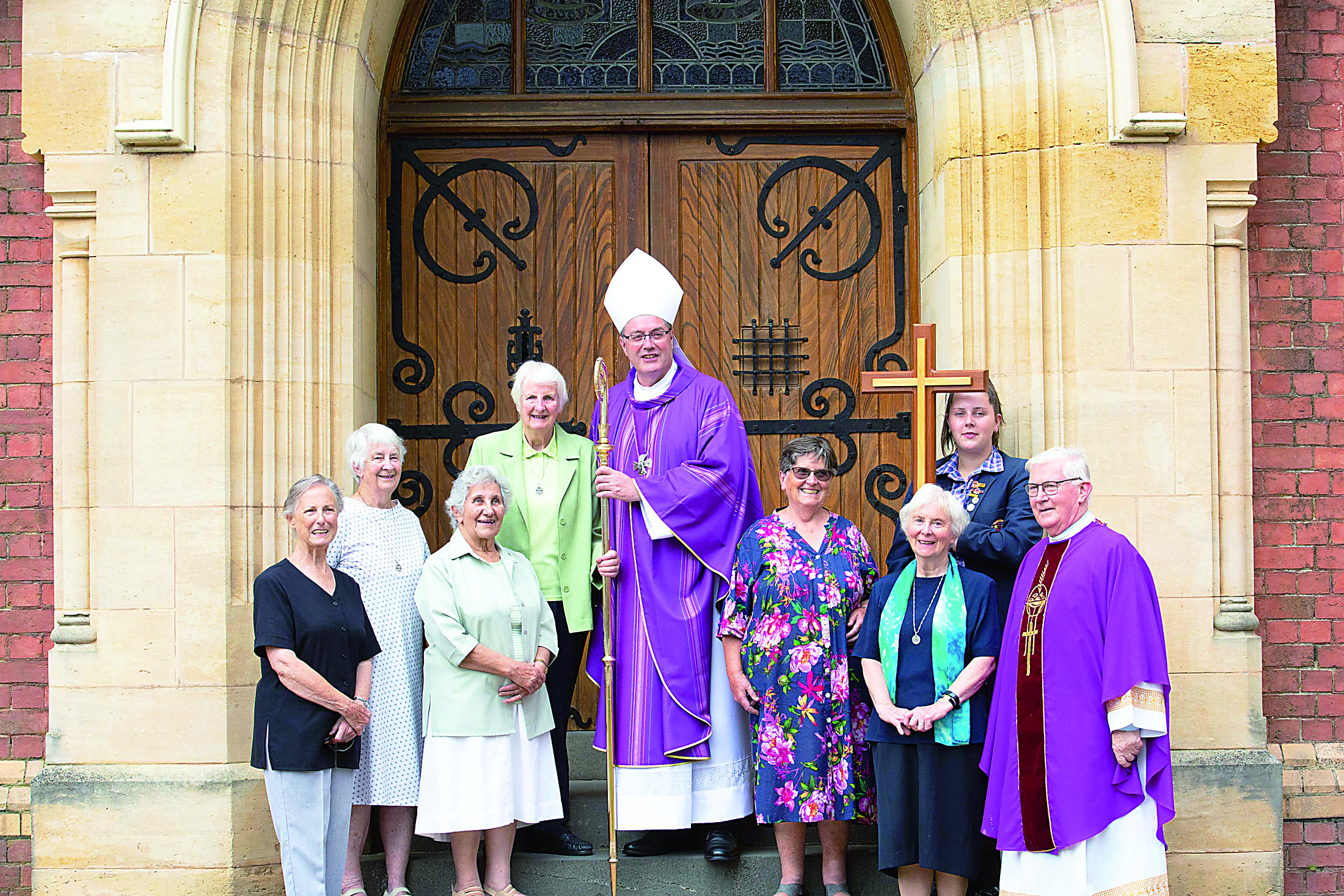 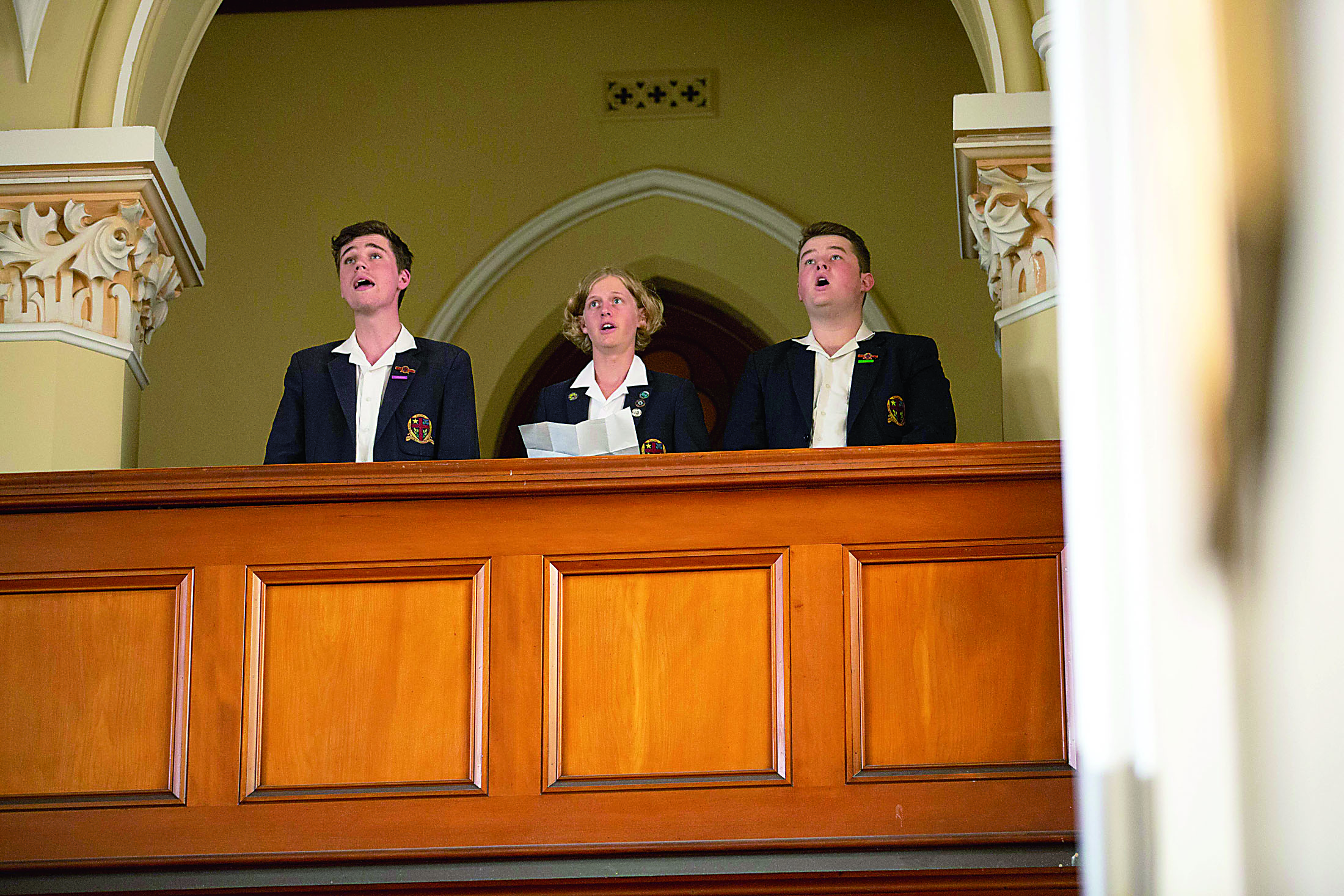 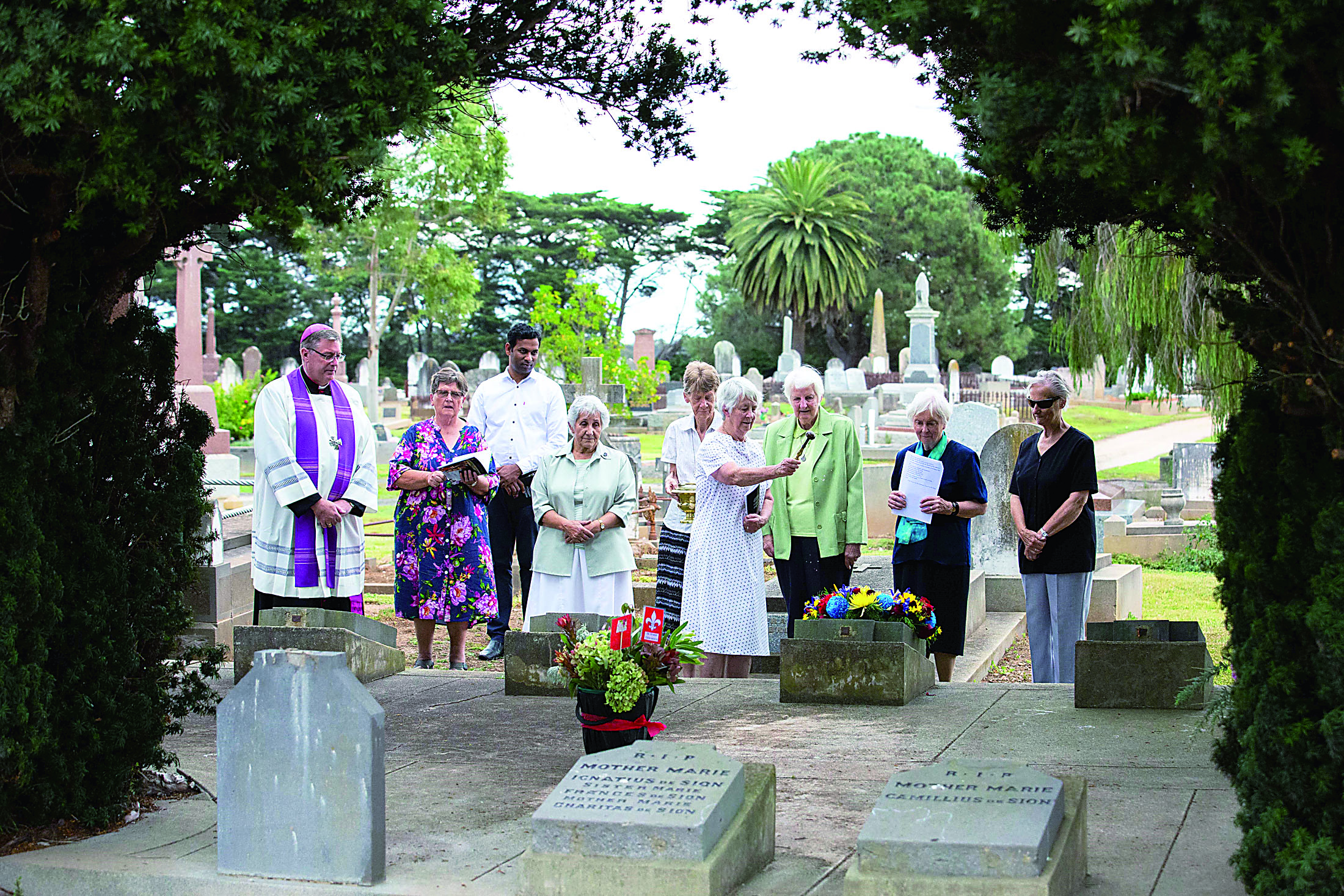 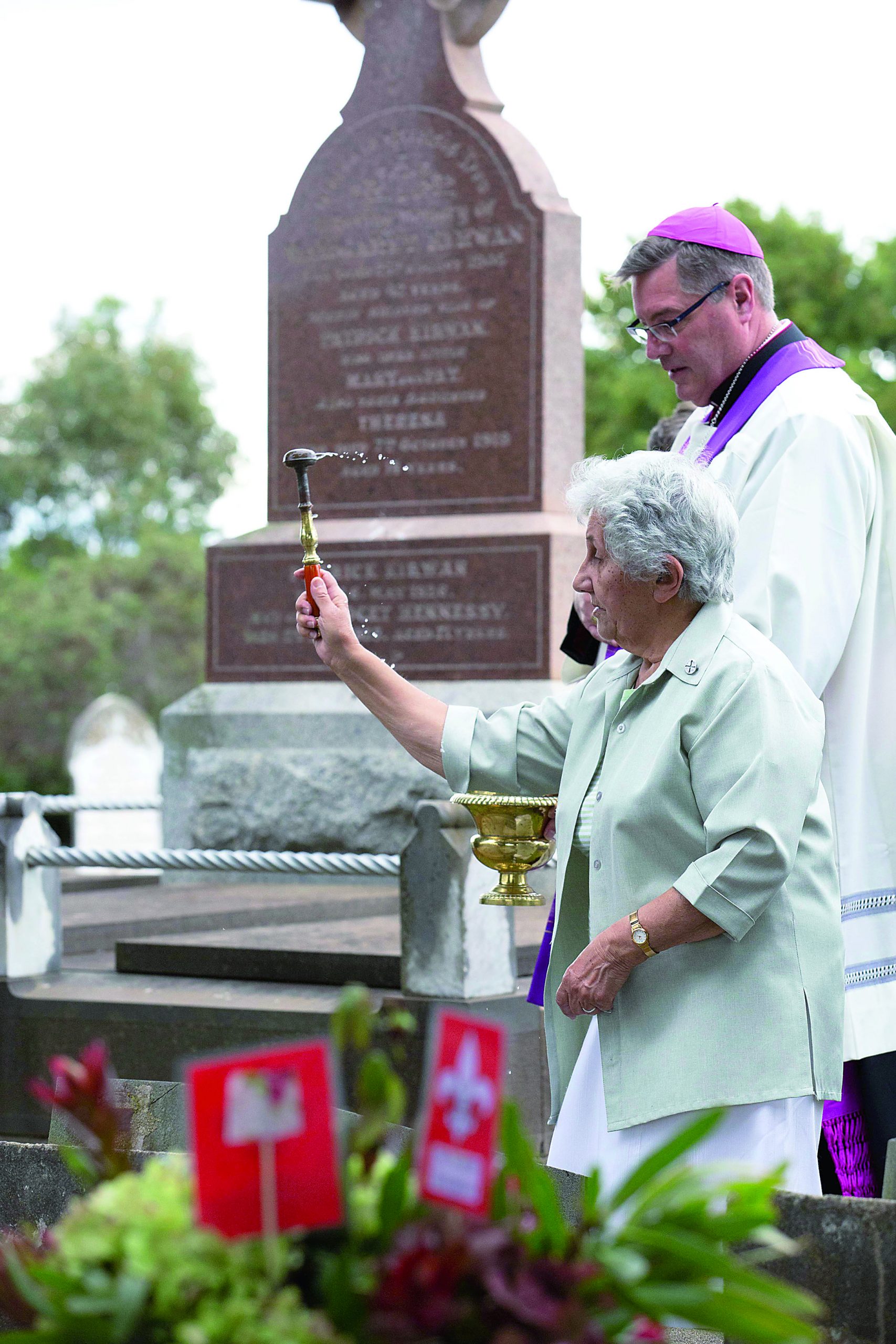 IT was a bittersweet celebration at the weekend as Catholic College Sale officially opened its Years 7-8 hub at the newly-amalgamated Desailly St campus, and formally bid farewell to the Sion campus.

Seven Sisters of Our Lady of Sion travelled from Melbourne for a series of events commemorating the long-standing legacy of their forebears and a 130-year commitment to Catholic education in Sale.

Dean of Sale’s St Mary’s Cathedral, the Very Reverend Peter Bickley, together with Brother Peter Carroll and Sister Mary Barbuto, led a ceremony blessing the Charism Garden at the main entrance of the school.

The John 23rd building has been rebuilt internally to provide state-of-the-art learning with open space classrooms, break-out rooms and the latest technology, with funding support from the federal government.

The Charism Garden has been designed to illustrate the merging of the Sisters of Our Lady of Sion with the Marist Brothers.

At the celebration, the school and its guests honoured the original seven Sisters of Our Lady of Sion who travelled by ship from England in 1890 with a mission to develop a Catholic secondary school in Sale.

Of those seven sisters, six are interred at Sale Cemetery, along with another 60 Sisters who carried on the work of their forebears.

Catholic College Sale principal Chris Randell described the Liturgy of the Word held at the graveside of the Sisters as a touching ceremony.

“We were able to take time reflect on the courage and foresight of those original Sisters, led by Bishop Corbett, who initiated 130 years of education at the Sion campus,” Mr Randell said.

“The Sisters were young, aged 24 to 30 years, and travelled half way around the world separated from their families, to provide new opportunities in our community.

“They were brave, strong leaders and have left a long-lasting legacy that will continue to serve Gippsland for many generations to come.

“We are grateful for the gift of the Sion Charism, which will continue to be an integral part of the mission of Catholic College Sale into the future.”

A formal decommissioning ceremony and Mass was led by Bishop Bennet at the Sion Chapel on Saturday afternoon, with a symbolic locking of the doors at the end of the service.

“It was an emotional but fitting tribute to the devotion of the Sisters of Our Lady of Sion to our local community,” Mr Randell said.

On Sunday, former students and teachers and those with an affiliation to the Sion campus reunited at the school grounds.

The Friends of Sion group was invited to commemorate the contribution of the Sisters of Sion at a garden party held at the campus.

Mr Randell congratulated CeCe Kingwill and Marg Robbins for their extensive work to preserve the fine traditions of Sion and reunite former students.

“CeCe and Marg have done remarkable job leading the Friends of Sion,” he said.

“Their event on Sunday was a huge success, with around 200 past students and teachers reuniting on site as a way to honour the devotion of the Sisters of Our Lady of Sion over the past 130 years.”

Commemorative events will continue next Sunday.