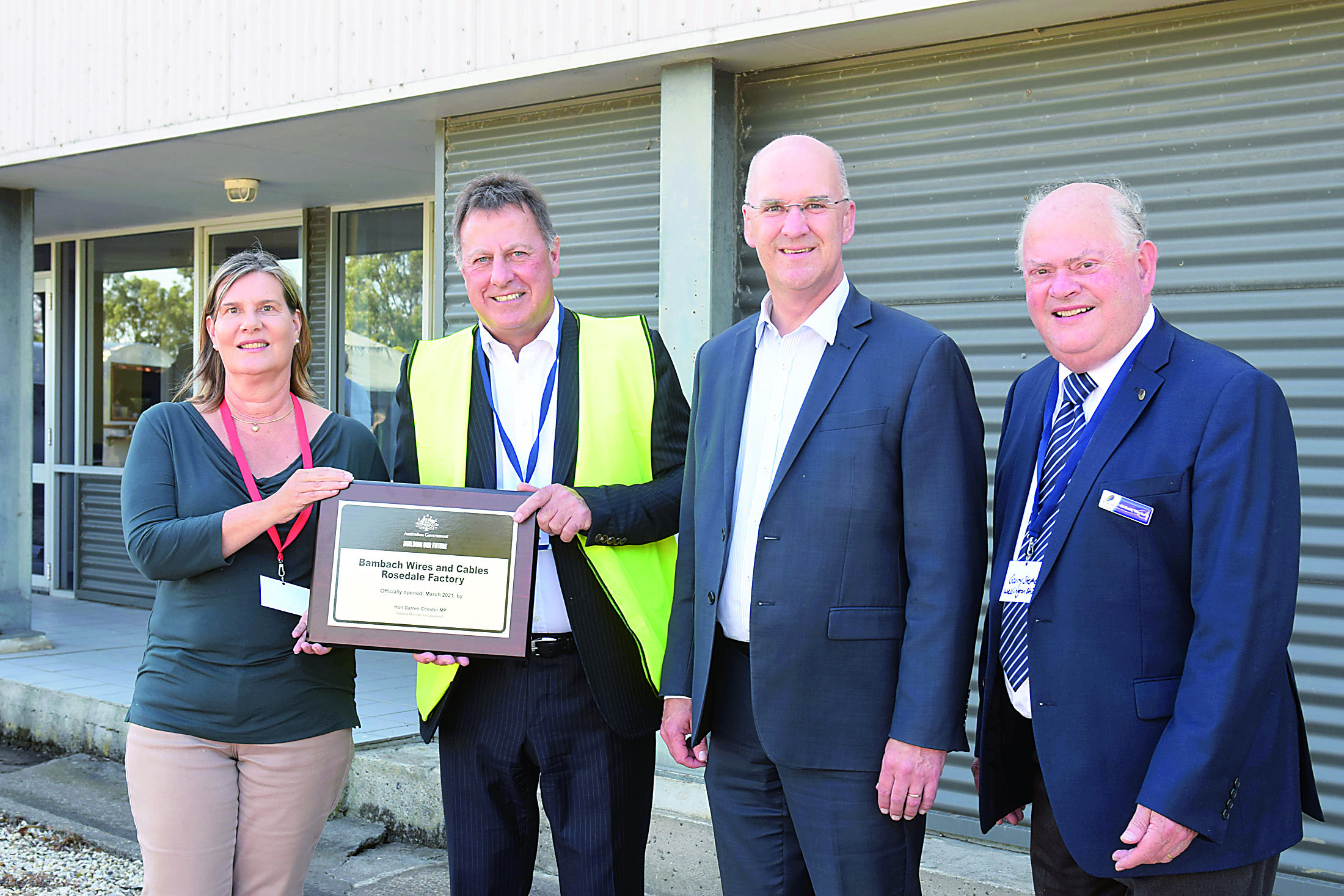 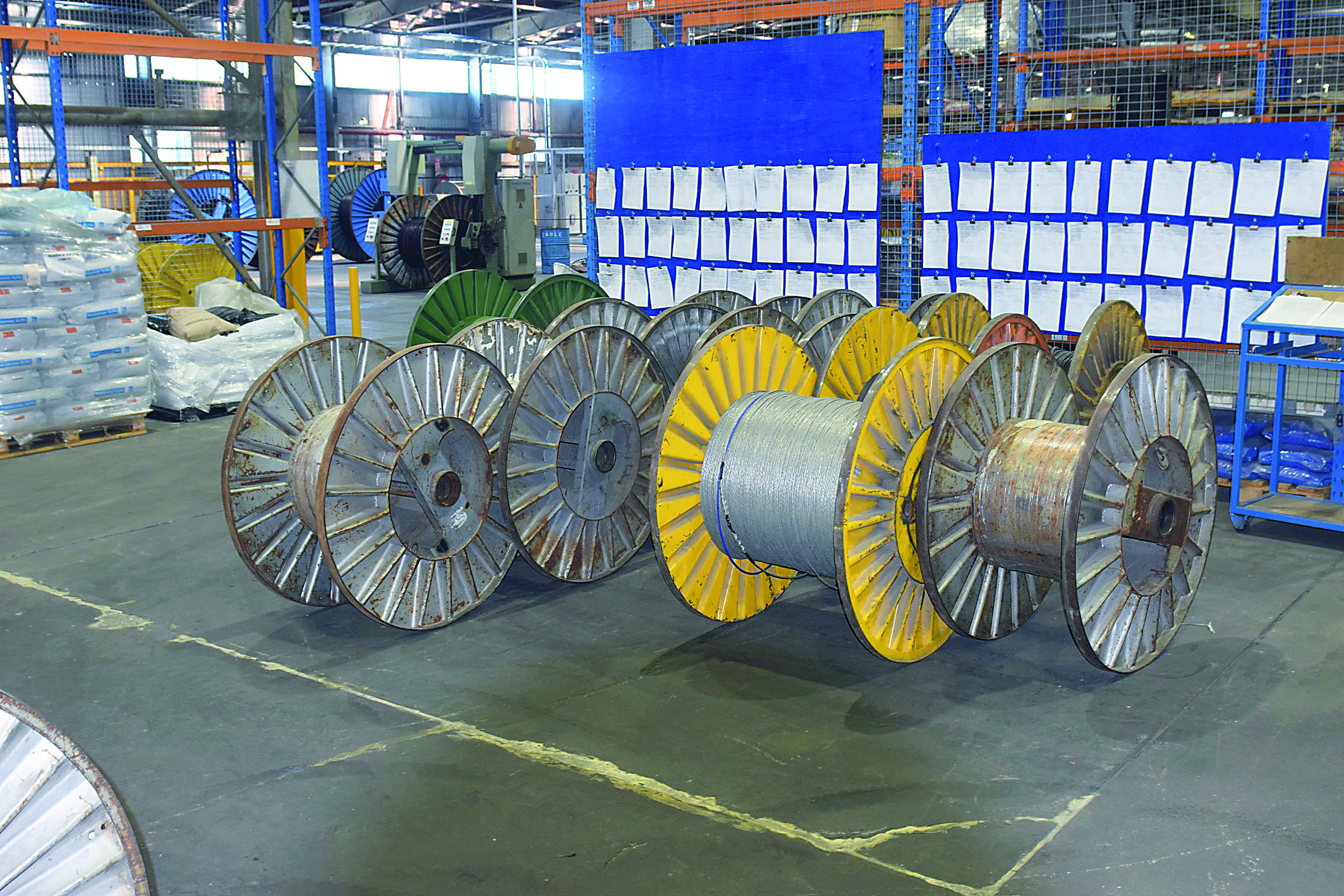 DECENTRALISATION seems to be one of the most spoken words in the past 12 months, and its literal meaning was on display after Bambach Wires and Cables officially opened its factory in Rosedale last week.

While one would assume an Australia-wide company such as Bambach would have its headquarters in a state capital city, the decision to operate out of Rosedale is a huge boost and feather in the cap for the small Gippsland town.

Some 200 B-doubles have relocated equipment out of Bambach’s Sydney branch to Rosedale in the past year to get the factory up and running.

Bambach Rosedale has been operating for a few months, yet last week’s opening was the first opportunity the company’s directors had to gather together and tour the facility.

Bambach chief executive Alf Chown, who is originally from Sale, said the move to Rosedale had been met with a lot of positivity.

“It has allowed us to set up a fully operational business in an area where there is a lot of scope for growth,” he said.

“In a time where the economy is really needing Australian manufacturing, it’s been a great thing.

“Locally I think it’s been a good thing for Rosedale; it’s given jobs for people.

“It’s also a bit of a test case in some ways. “I think it is a great sign that we can get something going out here in a place like Rosedale, and hopefully it shows the way for a few other similar things.”

Drawing on his experience working in Hong Kong, Mr Chown said it was actually quite common to have huge companies based in more remote locations.

“It may seem a bit unusual for Australia, but in my experience, everywhere else in the world this is what the norm is,” he said.

“John Deer tractors are in a small country town in America that has about 15,000 people.

“Many factories in Germany are in small country towns or hamlets.

“Even in China, most of the manufacturing is in regional areas.”

The relocation of Bambach to Rosedale came about thanks to a $2.9 million federal government grant.

Gippsland MHR Darren Chester helped secure the grant to support the growth of Bambach through the Regional Jobs and Investment Package.

Bambach committed the remainder of the money towards the project.

“The development included refurbishment of the tannery, equipment installation, establishment of a test laboratory, and recruitment and training of personnel,” he said.

“The facility will produce newly-developed cables for use in infrastructure and defence-related projects.

“Bambach will now be able to increase its manufacturing capacity and efficiency, and in turn provide long term sustainable employment.

“The new facility will help to attract other industries to the region and contribute substantially to sustainable employment creation in the future.”

Mr Chester said the project supported 34 jobs during construction and had created another 34 ongoing positions.

Bambach is an Australian-owned company which manufactures specialist and industrial cables. It produces low voltage cable to many industries including the rail and road network, making about 3000 different products.

Dozens of reels of wire are brought through the factory, where they are wound through a series of machines to create the cables.

Gippsland South MLA Danny O’Brien was also at the opening, and said it was great to see the factory’s site being put to good use.

“I’m so old I can remember this being an empty pine board factory that was then turned into a leather factory,” he said.

“To have it filled and now is just brilliant for the local economy.

“We’re learned in the last 12 months we can’t rely too much on China and other manufacturing nations – we have to do specialised stuff ourselves.

“This is a really good example of that happening, and it’s fantastic to have it here in Gippsland.”