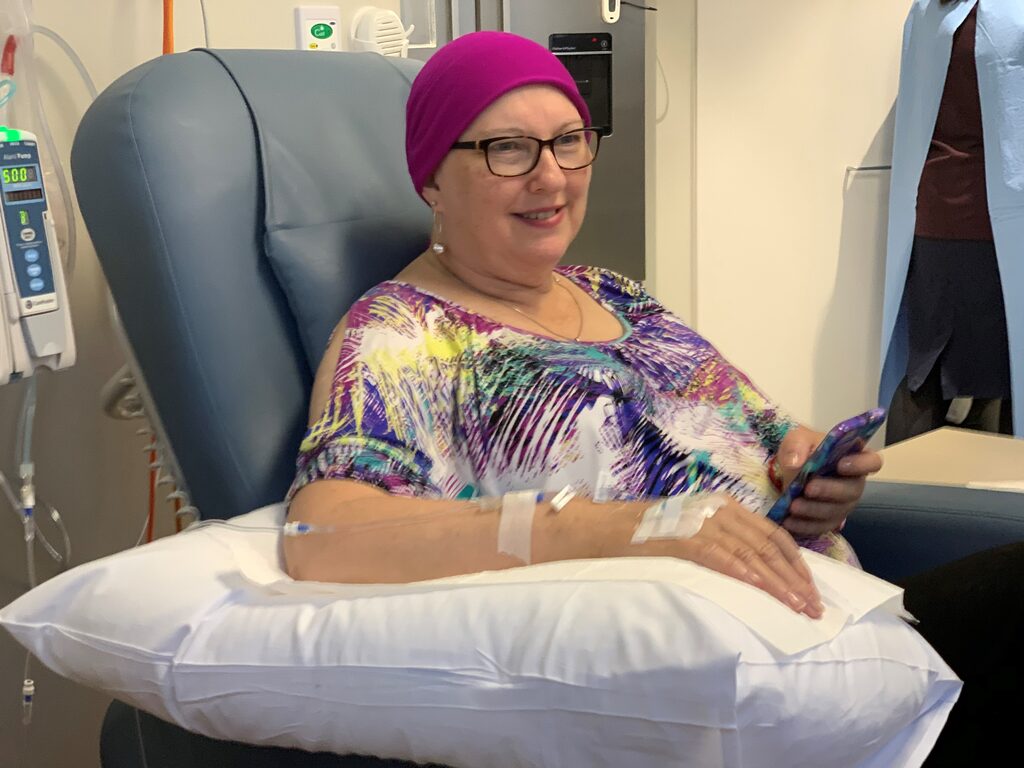 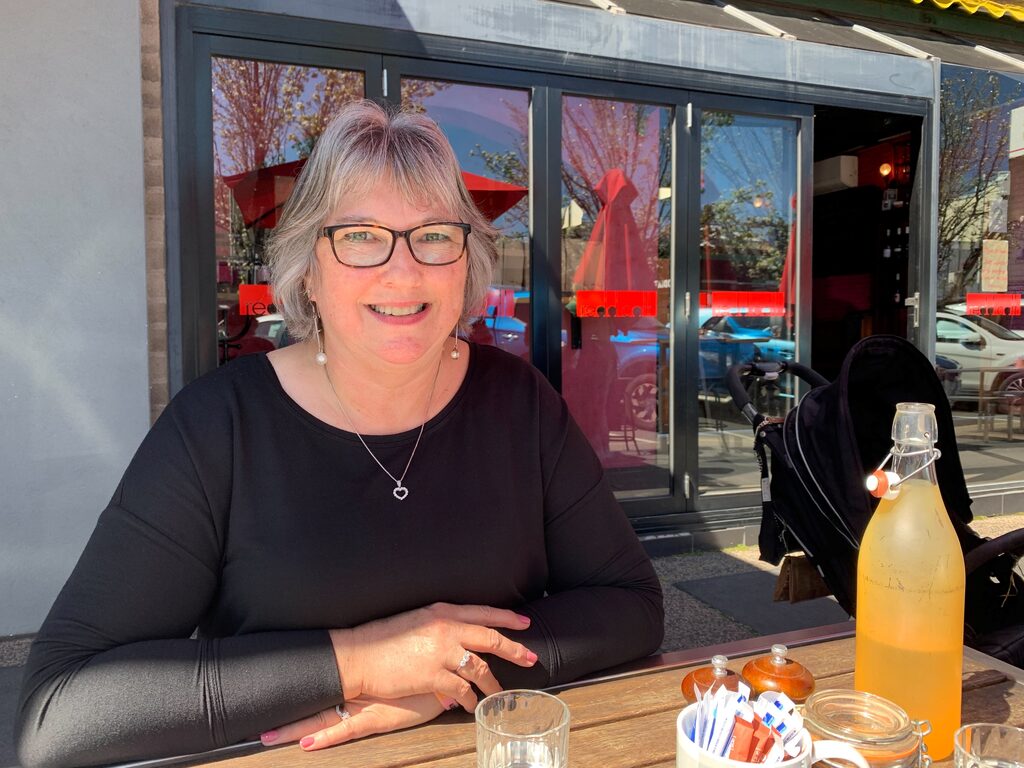 A local cancer survivor is imploring people not to delay health tests and screening because of the COVID-19 pandemic.

Sale resident Angela Jones, who has fought two battles with breast cancer, is highlighting the importance of keeping up with regular health checks.

“I don’t want anyone else to go through what I went through and am still going through,” she said.

After finding a lump in 2013, Angela was diagnosed with breast cancer and for the next 12 months she underwent a lumpectomy, chemotherapy and radiation.

She had no family history of breast cancer.

Once gruelling treatment was over, all was looking well, checks were coming up clear, and she was getting on with life.

Then in 2019, just as she and husband Stuart were thinking it was all behind them, there came the shock news the cancer had returned — in the same breast, in exactly the same place — which her doctor said was quite rare.

This time the treatment was much more aggressive, with chemotherapy, a bilateral mastectomy with DIEP reconstructive surgery and then more chemotherapy.

All in all, over her two diagnoses, there were a punishing 40 rounds of chemotherapy and 30 rounds of radiation.

Both times, as her locks began to fall out, she took back some control, shaving her own head before chemo took her hair.

“Your scalp can become quite painful with chemo — if you don’t shave it when you have the opportunity you can be left with clumps of hair too sore to manage.

“And your scalp just becomes too sore and tender to shave, because your hair follicles are literally dying,” she said.

“You have no idea what’s going on, and how it impacts your family, friends — everybody.

“You’re fighting for your life.”

The difficulties of cancer treatment the second time were compounded by having to go through it alone, because family could not be with her during treatments because of the global COVID pandemic.

That was bad enough, but she saw small children undergoing treatment under the same circumstances, and they had no understanding of what was going on.

Seeing this broke her heart and it reiterated to her that there was always someone doing it harder than her.

Because of her cancer experience, Angela has numerous women approach her to talk.

One woman she knows who has just gone through her first few rounds of chemotherapy has been distressed at how sick she has been.

“Why didn’t you tell me how hard this was going to be?” she asked Angela.

For Angela, it is difficult to know how much information to give them, because it is such a frightening time already for those newly-diagnosed and everyone’s experience is different.

But she said the effects of chemo are cumulative, and became more difficult each time.

“You are just feeling a bit better, then you have the next round, feel worse at the end of that and then you’re going into another round feeling even sicker.”

Many people assume once the treatment is over, that’s it.

“The effects of chemo don’t just stop when you finish chemo — it takes years,” Angela said.

“The effects chemo has on one’s body differs with everyone, but nevertheless the effects are there.”

Because chemotherapy can interfere with healing, her reconstructive surgery, which involved using tissue from her abdomen, was slow to heal, resulting in months of pain and problems.

But despite enduring seven surgeries in 13 months, and all the treatments and side-effects, Angela feels there are others who have been dealt a worse hand than her.

“People deal with a whole lot of worse stuff than this,” she said.

“I don’t want to scare people — I just want them to keep up with their screenings.”

Angela said prevention was far better than cure, which was why people needed to keep tabs on their own health.

And she said it was not just about breast cancer.

“It’s about all those other things as well — bowel cancer testing kits, prostate cancer checks, blood pressure, cholesterol tests and so on,” she said.

“Be aware of your own body — know what’s normal for you and what’s a bit off.

“If you’re worried, go and see your doctor.

“Just take some time to look after you.”

Angela also wants people to consider getting vaccinated against COVID-19, to help protect people like herself, who are more vulnerable to the disease.

“If you can get vaccinated, please do,” she urged.

“You’ll be helping to protect vulnerable family members and friends.”

Angela is well known in the area.

She was a community relations adviser with ExxonMobil.

Now retired but as busy as ever, she volunteers in various capacities with local organisations including Blossoms — a support group for younger women dealing with breast cancer — as well as the Footprints Foundation, which provides practical help for women who have received a breast cancer diagnosis and their families.

Angela is again getting on with life and is currently in remission, and because of her experience, wants to urge others to make their health a priority.

“If one person reads this and says ‘thanks for the reminder — I’ll go and get that breast screen’, or gets that bowel cancer screening test out of the cupboard, it’s worth it,” she said.

Last year, a survey of more than 700 people showed many Australians had delayed or avoided healthcare appointments and tests, prompting health professionals to urge people to keep up with health checks and not ignore symptoms.

The survey was conducted by the Continuity of Care Collaboration, a national group of healthcare organisations formed to address access to healthcare for chronic conditions and new symptoms during the COVID-19 outbreak.

It showed 32 per cent of respondents had delayed or avoided a visit to a general practitioner in the previous three months, and 21 per cent had missed or put off a pathology test, potentially putting their health at risk.

This month is Breast Cancer Awareness Month. Sale resident Angela Jones has been through a torrid time following two battles with breast cancer and punishing treatment.
She doesn’t want others to have to endure what she has had to go through.