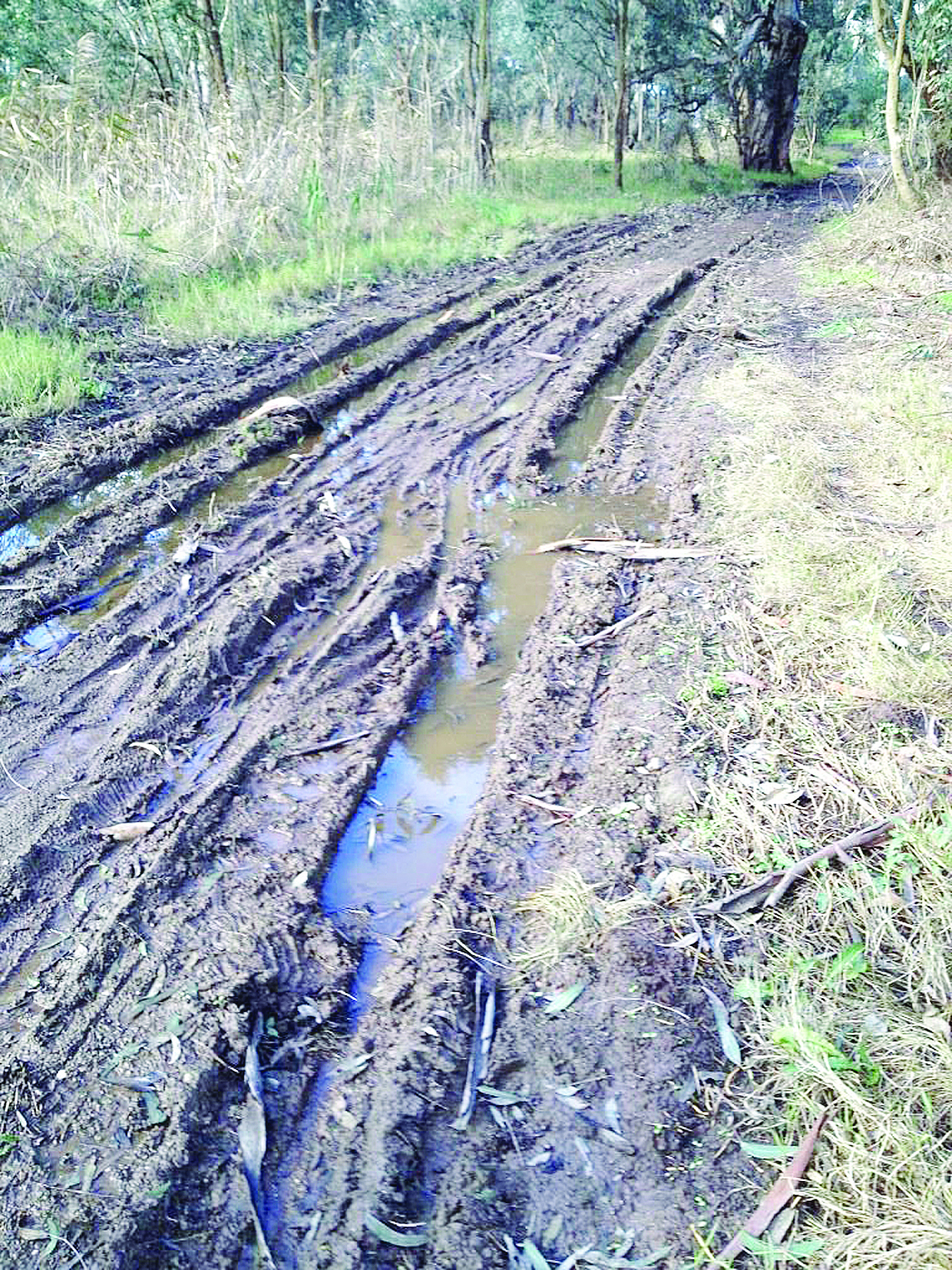 Using flood relief grant money, in the past six months, the club has been project managing the $300,000 upgrade of the trail in sections that were impassable for the past two years.

In March last year, a direction sign at the junction to the rifle butts was damaged by a sharp instrument, the sign replaced by the club at a cost of $2200.

Rotary club member and project director Alan Lewis said the sign replaced by the club had been removed, and trees cut down to fall across the track on at least four occasions.

“Works have been hampered by an irresponsible person doing wheelies on the prepared base (and) this has delayed works significantly,” he said.

“We are now concerned that someone may have issues regarding this trail, or alternatively, it is simply an act of vandalism.

“It is of concern that a service club that has raised some $300,000 for the construction of the trail, which has been well received by the public, is hampered by these actions.”

The damage follows vandalism attacks which caused extensive and costly damage to a bird hide and observation shelter within the Sale Common Nature Conservation Reserve in June.

The popular bird hide was deliberately set alight, causing an estimated damage bill of $12,000, while the observation shelter was also damaged extensively during the same week.