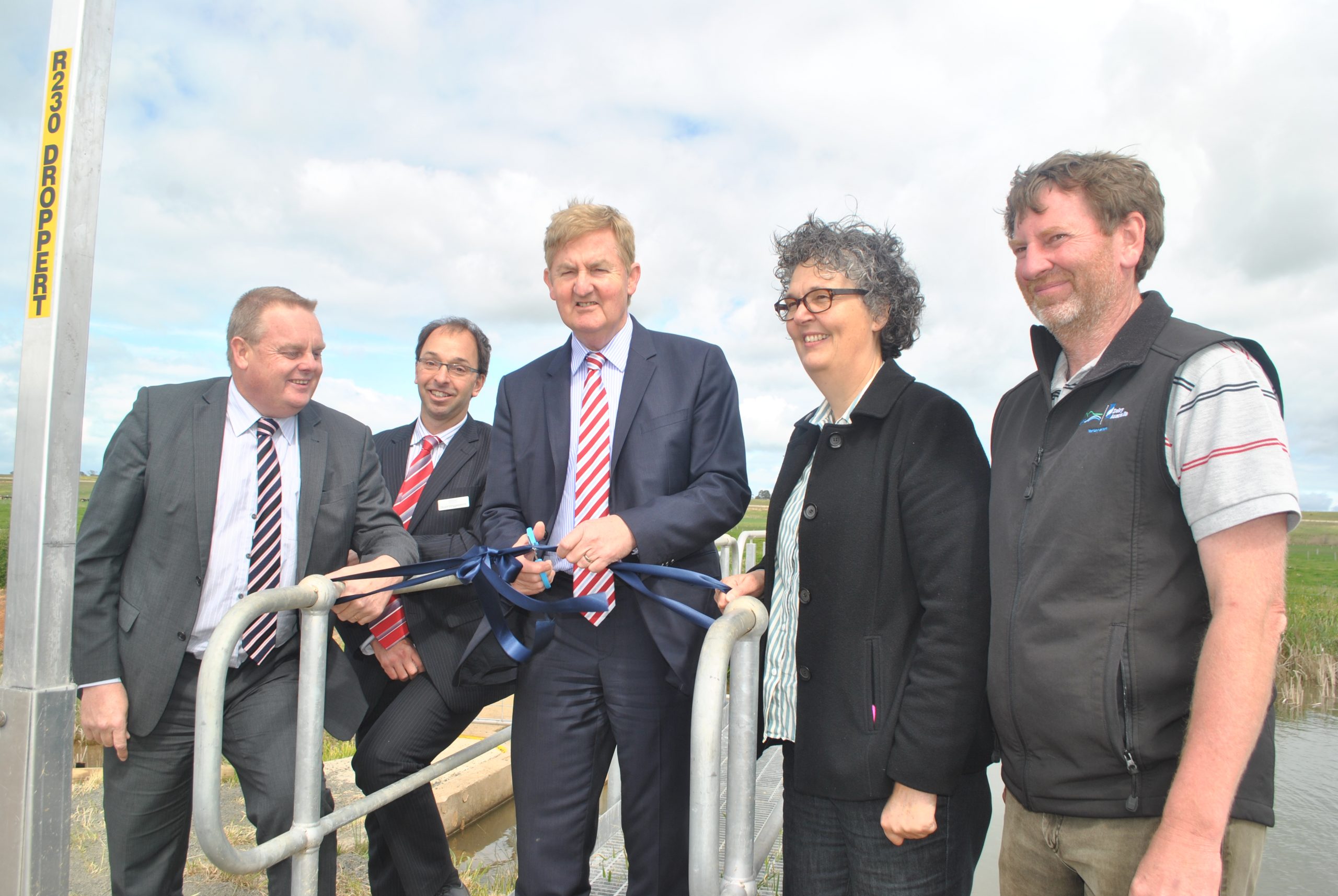 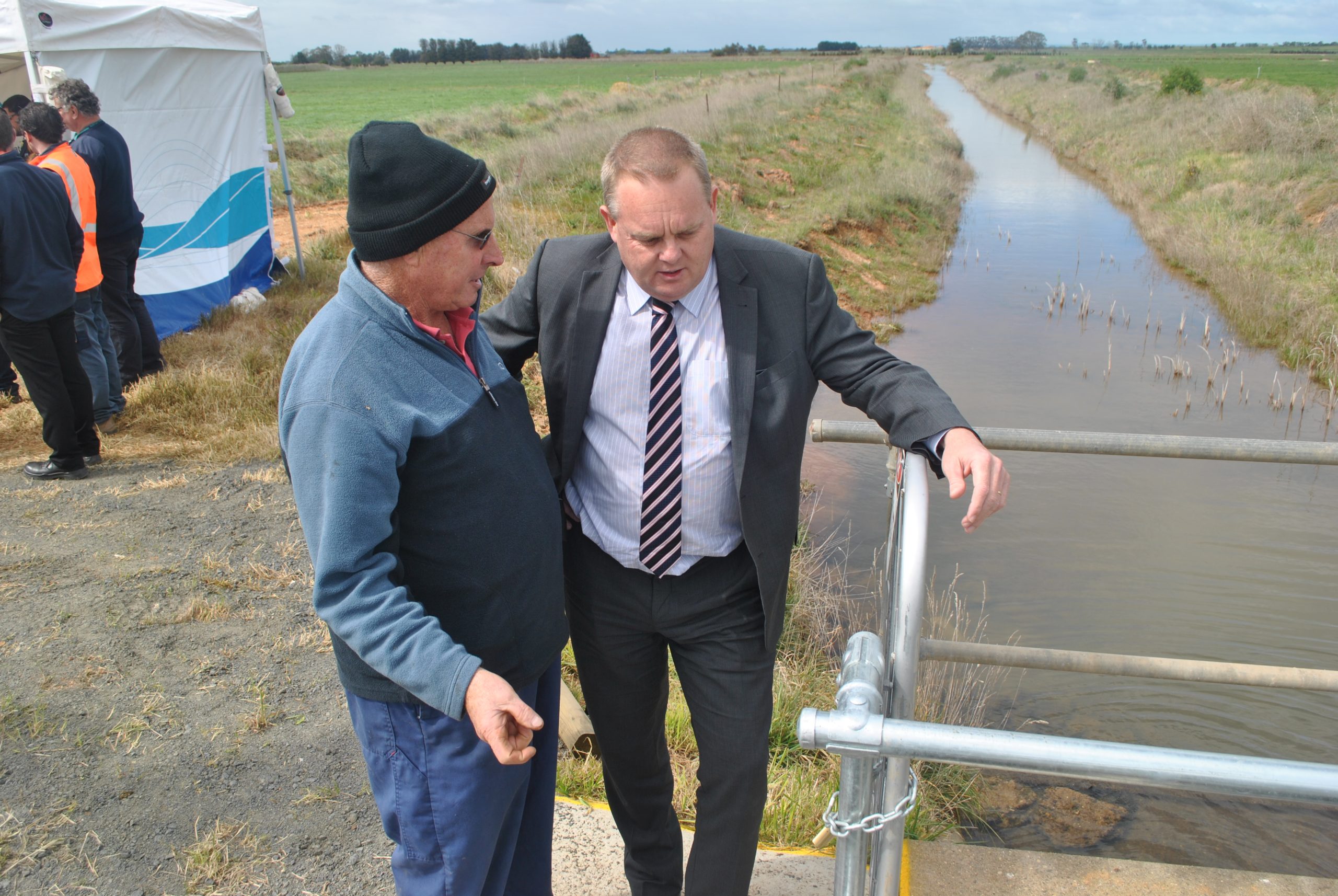 THE Macalister Irrigation District is well on its way to becoming more efficient, with the launch of the $1.6 million Heyfield Regulator Retrofit Program which will save water and boost productivity.

Mr Ryan said the retrofit program had upgraded 18 kilometres of old channel infrastructure and was a major step forward in the modernisation of the MID.

“The Heyfield Regulator Retrofit Program has improved the efficiency and reliability of water supply to 22 properties and has replaced ageing, open channels with an automated delivery system,” he said.

Mr Ryan said the retrofit program was expected to save 1200 megalitres of water, which would be returned to productive use.

Mr Bull said the MID was the largest irrigation district in southern Victoria, with irrigators contributing more than $500 million to the Gippsland economy each year.

“The Victorian Coalition government has invested $16 million in the first phase of upgrading the Macalister Irrigation District, and this funding has been matched by Southern Rural Water,” he said.

Mr Bull said the modernisation was critical to ensuring the region continued to thrive and this investment would enable farms to become more productive and more profitable.

“The modernisation will provide irrigators with reliable and secure water supplies to help increase production and meet the Coalition government’s target of doubling Victoria’s food and fibre production by 2030,” he said.

“This means that water flowing through the channels is now controlled much more accurately via computers at Southern Rural Water’s head office,” he said.

“More accurate control means that we can deliver much better service to farmers, and that we can save water which will be returned to the district for greater production.”