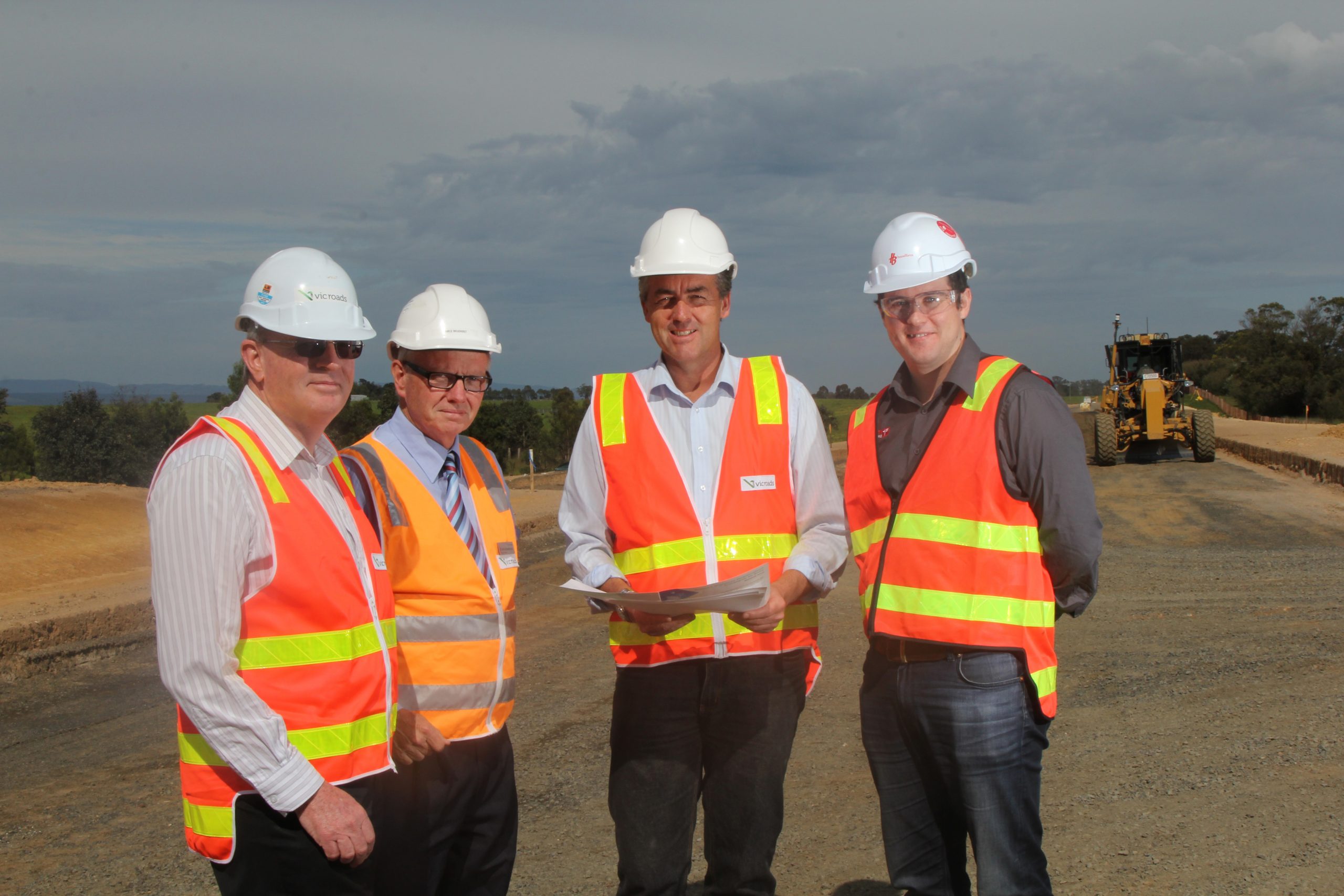 MOTORISTS are being urged to remain patient as construction activity steps up on the Princes Highway duplication between Traralgon and Sale in coming months.

“Regular travellers on this section of road may have already noticed increased activity as heavy civil engineering works get underway,” he said.

“There will be some delays for motorists as roadwork speed limits are put in place, but the short-term inconvenience will be worth the wait.”

Mr Chester inspected the progress of works alongside the Nambrok Rd intersection on Friday, which will result in the removal of several dangerous curves that have been the scene of serious accidents in recent years.

Completion is due toward the end of next year.

“This project will extend the dual carriageway from Rosedale to provide a safer road environment,” Mr Chester said.

“In addition, VicRoads has recently advertised for tenders for two additional sections of road works between Rosedale and Sale, including construction of a new roundabout at the Sale-Heyfield Rd intersection.”

An estimated $250 million will be needed to finish the duplication of the entire length from Traralgon to Sale after 2016.