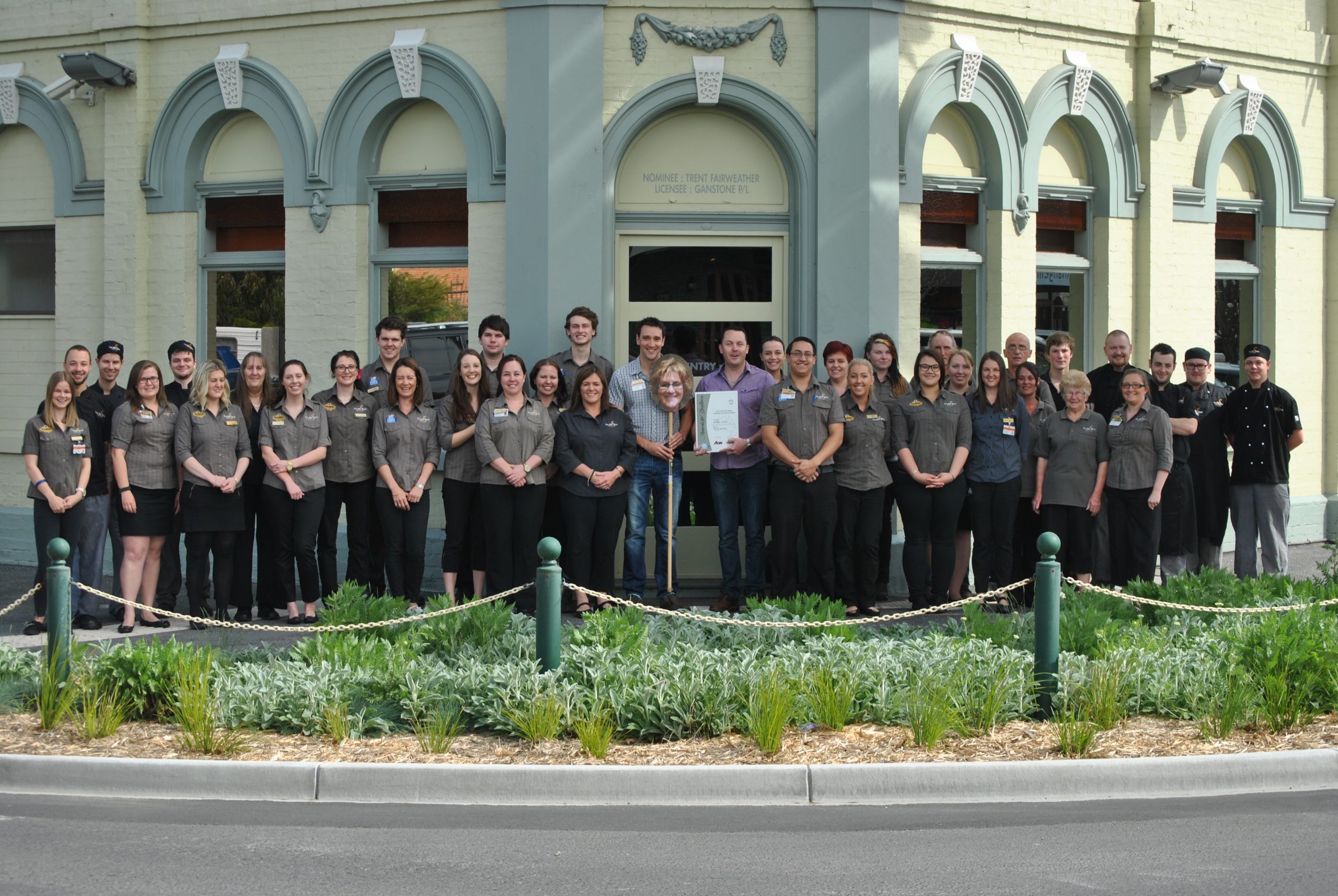 SALE’S Star Hotel has been named the best regional bistro in Australia at the Australian Hotels Association national awards on the Gold Coast.

The hotel was eligible for the national award after winning the state award last year, and 800 people attended the awards ceremony.

Star Hotel managing director Trent Fairweather said judges visited the venue twice to assess what it had to offer, looking at service and the quality of food and beverages.

“They looked at four things — patronage, service, facility and food quality,” he said.

“They come out and dine and look at everything really, from rubbish in the car park to cleanliness of the toilets.”

A winner of many state awards, it was the first time the Star Hotel has won a national award.

“It’s our first national award, and we think it’s one of the first for Gippsland,” Mr Fairweather said.

“We’ve won multiple state awards during the past 10 years and entered the nationals seven times.

“We’ve been all over Australia, sat there and came home defeated.

“The staff were saying you must have known (about the award win), taking two staff members when usually it has been just Michelle and I.

“But I didn’t know; I was just hopeful.”

Mr Fairweather said while he was pleased the hotel had broken through for a national award, it would not have been possible without the support of the local community.

“The regional category is classified as any hotel outside 50 kilometre radius from your capital city’s CBD,” Mr Fairweather said.

“We were up against hotels on the Gold Coast and in Port Macquarie — populations of half a million people.

“But we couldn’t have built it to what it is today without the support of the local community.”