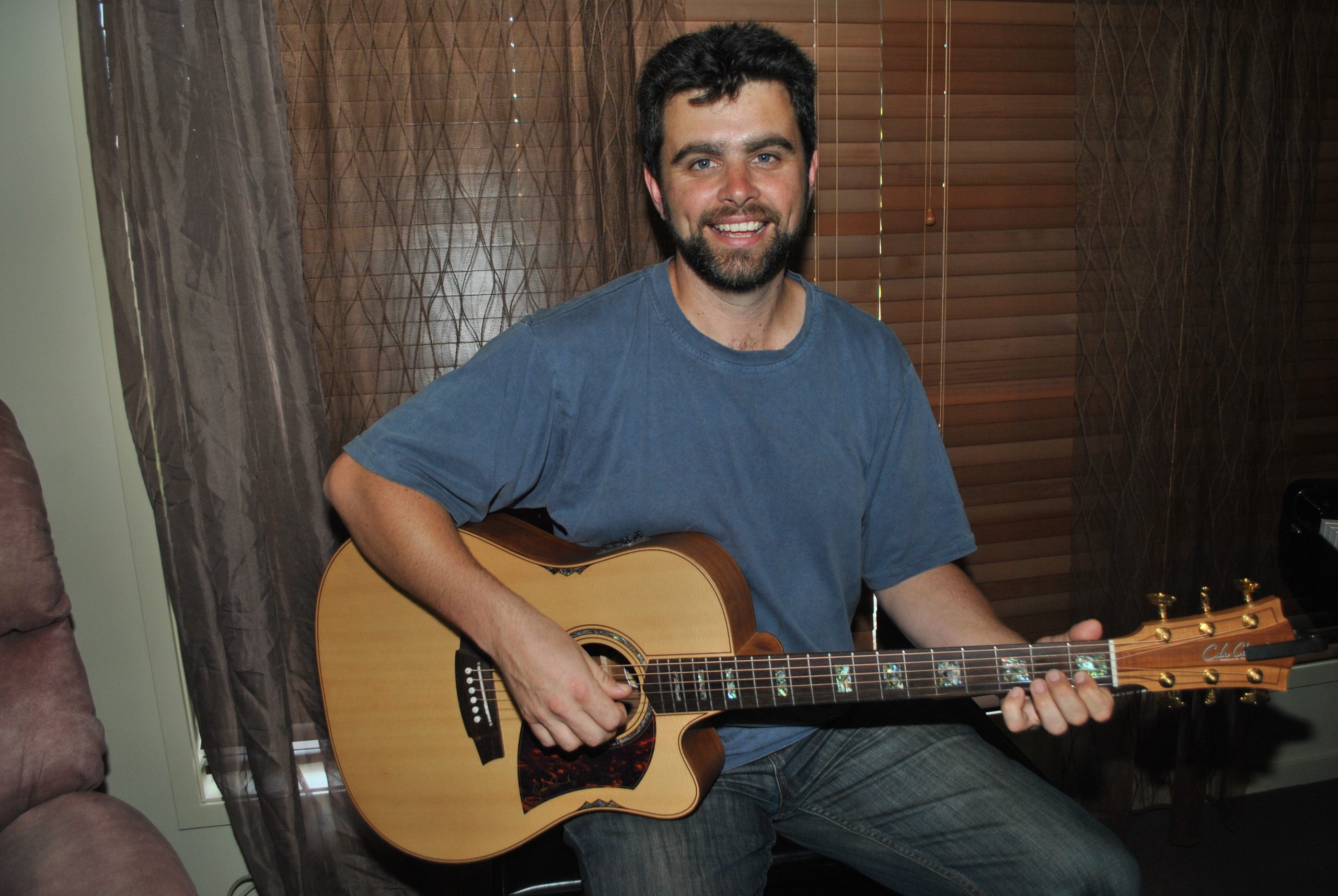 A MAN of many talents, Brett Glover will soon launch his debut album Done after six years in the making.

Born and raised locally, Brett works at Sale College as an instrumental music teacher and records and performs music in his spare time.

“It’s a great job because I love music so much,” he said.

Despite some setbacks during the past six years, Brett said music had always been a big part of his life.

“I’ve been playing all my life. I started on the tennis racquet.

“I don’t think I’m musically gifted I think I just love it so much that I just always wanted to do it,” he laughed.

“I’ve always found myself getting better and it’s been a really slow process.

“I think that’s why it’s taken so long to finish this (album), and get it to a point where I’m really happy with it.

“All up it was six years with a two year break. It’s all been between jobs and playing gigs on the weekend and having family commitments.

Brett said his family and friends had described the album as “a mix between Ben Folds Five and Harry Connick Jr”.

“There’s a lot of piano, a lot of acoustic guitar, and the drums and beats are quite funky in it,” he said.

“It’s a funny feeling now because I’ve spent as much time on this album as I did going to high school, six years, so now that I’m done I miss the process.

“But I’m looking forward to pushing this album and hopefully having some kind of success with it.

“I think success for me would be to have enough people have their ears on it, enough people think that I’ve got the potential, which I know I do . . . and go on to make another album.”

Brett said he takes his inspiration from a variety of Gippsland musicians.

“The biggest influences for me have always been local people, just the guys I’ve played with in bands over the years around here locally,” he said.

“I play heaps around town. I’ve got a great band called the Soultanas and there’s seven of us.

“I play the keyboard and we’ve got a couple of saxophones and a trumpet.

“(The best part about being a musician) is the feeling of playing great music together, and making it tight and working to make yourself better as a musician.

“I really like the social aspect of playing music.

“I love musicians as people; I think they’re the best people in the world.”

Brett will launch Done on Saturday, November 22 at the Pop Up Piano next to the Sale Clocktower at 10.30am, followed by a ribbon cutting at Leading Edge Music at 11am and from 8pm at the Club Hotel Sale.