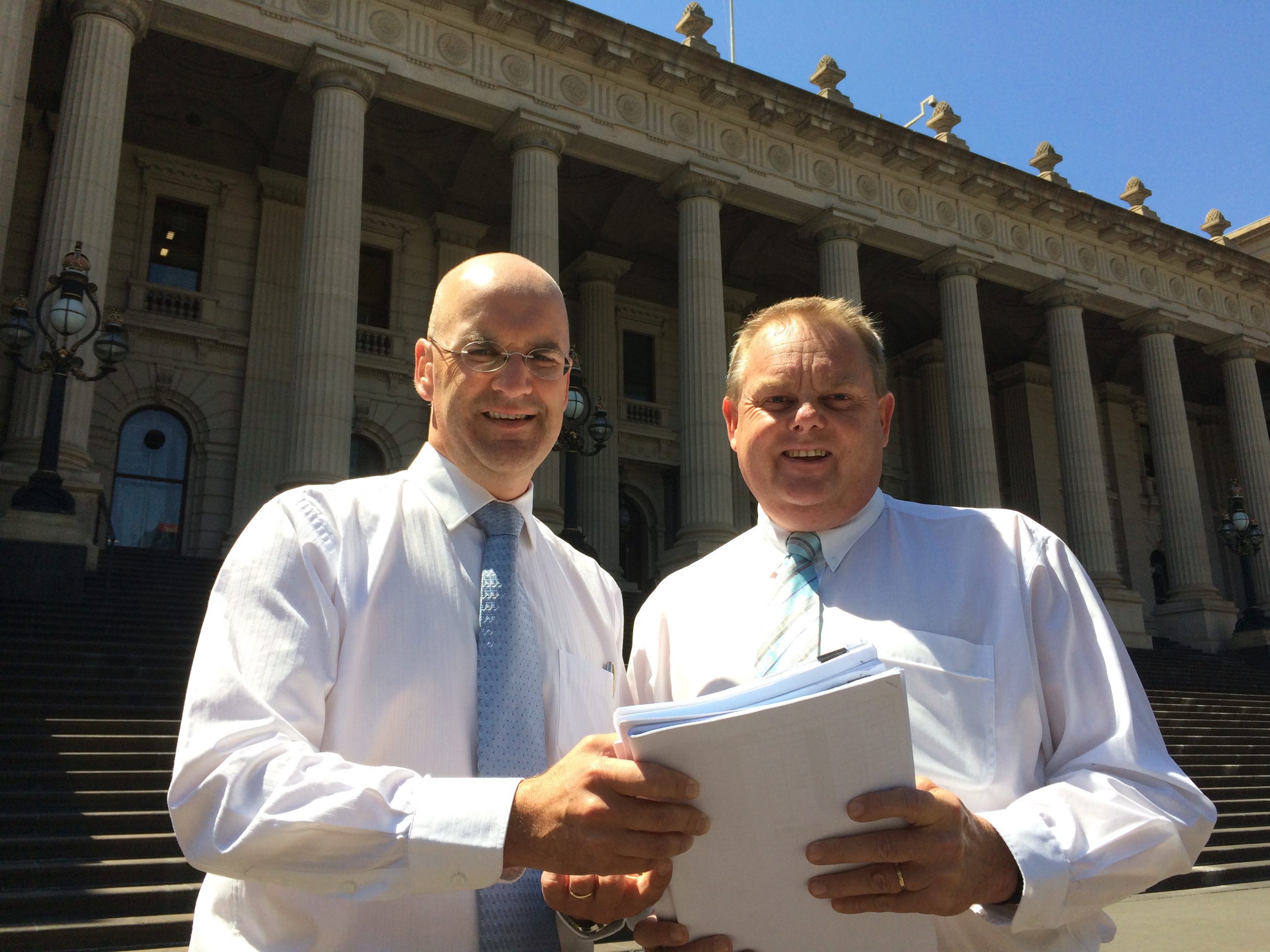 The news comes following a request from Gippsland MPs in parliament this week for action and the tabling of a community petition.

A community campaign to deliver the additional funding needed to complete the new school after the former Coalition government purchased land and provided $4 million in last year’s budget to begin construction has been supported by Eastern Victoria MLC Danny O’Brien and Gippsland East MLA Tim Bull.

Last week Wellington Shire Council passed a motion to meet with the minister to discuss the issue.

In parliament on Tuesday night, Mr Bull invited Mr Merlino to visit the school and meet the community. Mr O’Brien had earlier called on the Labor government to match the Coalition’s $15 million election commitment to ensure the new school goes ahead.

“We are very pleased that the minister has agreed to visit the school to see first-hand how important this project is,” Mr O’Brien said.

“This follows a fantastic community campaign in support of the specialist school. Today we have also tabled a petition in parliament calling for the additional funding, with an incredible 5350 signatures, collected in just two months.

“This is a testament to the hard work of the New School Parent Action Group and the school’s staff and students who have run an effective grass-roots campaign to get the new school funded.

“The fact the minister has committed is a major break-through as despite repeated requests, Labor showed little interest pre-election.”

Mr Bull said he was pleased the minister had agreed to visit.

“The minister responded to my request by stating he would be happy to join us in a visit to the school and was committed to consulting on its needs. After I explained the current predicament he said he was determined to see it come to fruition,” he said.

“While no commitment on funding was made, I am very pleased he has agreed to come down and engage in talks and I will be pleased to facilitate this.

“While there is always pressure on government resources, this is one of those projects that just needs to be done,” Mr Bull said.

Mr Merlino’s undertaking to visit the school has been welcomed enthusiastically by principal Shelagh Donnegan.

“He will be more than welcome, we would love to show him the conditions the children are working under,” she said.

Ms Donegan expressed concern that time was of the essence.

To ensure consideration of the school’s need was included in this year’s state budget deliberations she felt the minister needed to visit soon.

She explained the project’s architects had expected to begin construction of stage one before the end of this year, which meant continuity of finance was critical if the subsequent stages were to be progressed effectively.

“If the government waits until after the planning and stage one works are complete to consider the school’s need there will be up to 12 months with nothing happening,” she said.

Mr O’Brien and Mr Bull said that in inviting the minister, they outlined the comments of the then Labor shadow parliamentary secretary for education Colin Brooks.

In two visits in 2012 and 2013, Mr Brooks said he was appalled by the current facilities at Sale Specialist School and “the facilities are in obvious need of replacement”.

Mr Brooks also said “These are children who are facing hardships from the word go, so they need facilities that give them the very best chance of learning and these facilities just don’t provide that”.

“When visiting the site last year, I was shocked to see how cramped the conditions were for both students and staff.”

Mr O’Brien said the school, currently operating from three different campuses, has had its fair share of challenges in finding a new home, with difficulties locating a site one of them.

“However, now that has been settled and stage one funded by the previous government, which also committed to stage two, it is time for the current government to heed its own words,” he said.

No date has yet been set for the minister’s visit.