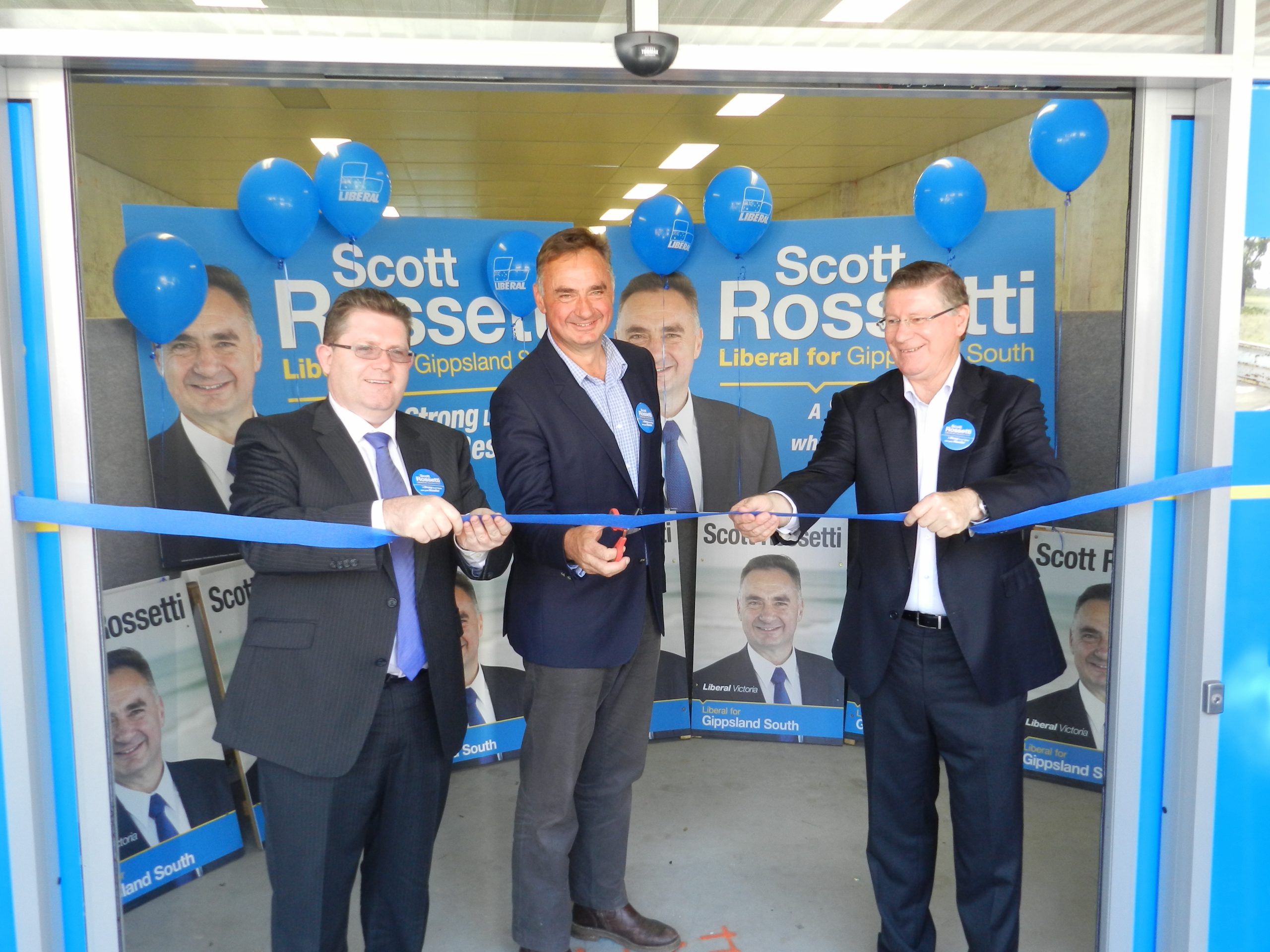 LIBERAL candidate Scott Rossetti has denied dirty tricks claims have been a distraction during campaigning for the Gippsland South by-election.

The Liberals claimed last week about 40 of their campaign signs had been torn down in an attempt to sabotage Mr Rossetti’s campaign.

The concerns were raised through the party, not its candidate.

Rather than boost the Liberal campaign, it focused the attention on how some of the signs were illegally placed on roadsides, and the party’s use of recorded phone messages to promote Mr Rossetti.

Nationals candidate Danny O’Brien labelled the claims of dirty tricks as a “distraction from the real issues”.

Rather than respond directly to those comments, Mr Rossetti said he was busy campaigning.

With such a short campaign, Mr Rossetti said it was important for people in the western end of the electorate who weren’t familiar with him to get to know the three-time Wellington Shire mayor.

Mr Rossetti acknowledged it was a big task to take Gippsland South away from the Nationals.

“Given the history of the seat has been in the National and Country party for more years than not over the past 100 years, it’s clearly a big ask,” he said.

“I expect people would see me as the underdog.”

With similarities between the Coalition partners, a point of difference this campaign has been the Nationals’ policy to provide landowners the right of veto for onshore gas operations.

This has helped the Nationals get favourable positions on most how-to-vote cards, including the Greens, which could prove critical in  determining the result.

His focus on getting first preferences, Mr Rossetti said many people did not follow how-to-vote cards.

“The key at the moment is people should be careful with their preferences,” he said.

“One of the facts is the right of veto on any one farmer’s property will not make a difference to whether this process is going to be risky.”

However, the opening didn’t go completely to plan when memories of last year’s election were revived as a passer-by loudly mentioned the treatment of paramedics while Dr Napthine was speaking.