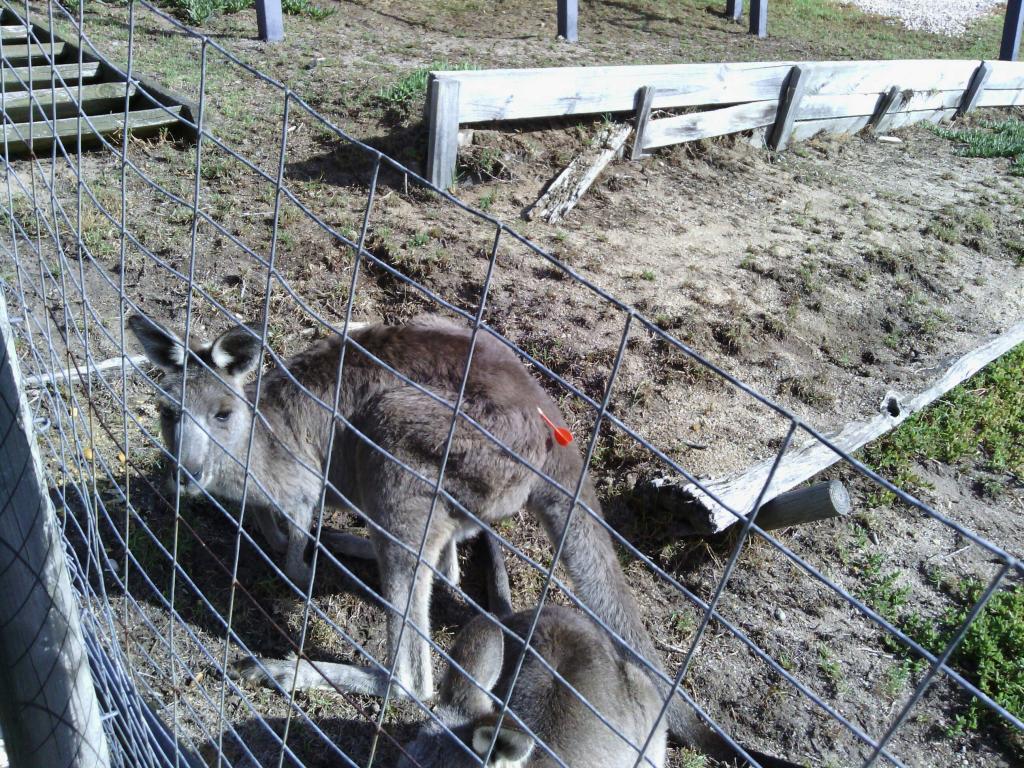 IN a disgusting act of animal cruelty, a female kangaroo has been found by wildlife rescuers with a playing dart lodged in its back.

The animal was noticed by a Golden Beach resident early last week who subsequently reported it to local wildlife shelter owner, Theresa Matthews.

Mrs Matthews said that despite being well enough to evade captivity when she went to assess it, the situation could have been much more disastrous for the animal.

“It (the dart) was really close to its spine, that’s the worrying thing,” she said.

Since beginning the Our Haven Wildlife Shelter in 2010 the rehabilitation of kangaroos has become the major focus for Mrs Matthews and her husband Tony.

A keen wildlife advocate for many years, she says this type of cruelty is not a unique incident.

“We previously had one animal with an arrow through its head and we had to get a woman with a (sedation) dart gun down (from Melbourne),” Mrs Matthews said.

“The things that are being done to some of the kangaroos down my area are devastating.”

After creating an instrument with which to sedate the kangaroo in order to allow her to remove the dart, Mrs Matthews received some great news over the weekend from the owner of the Golden Beach property.

“She gave me a call and said it came out on its own,” Mrs Matthews said. “I’m rapt.”