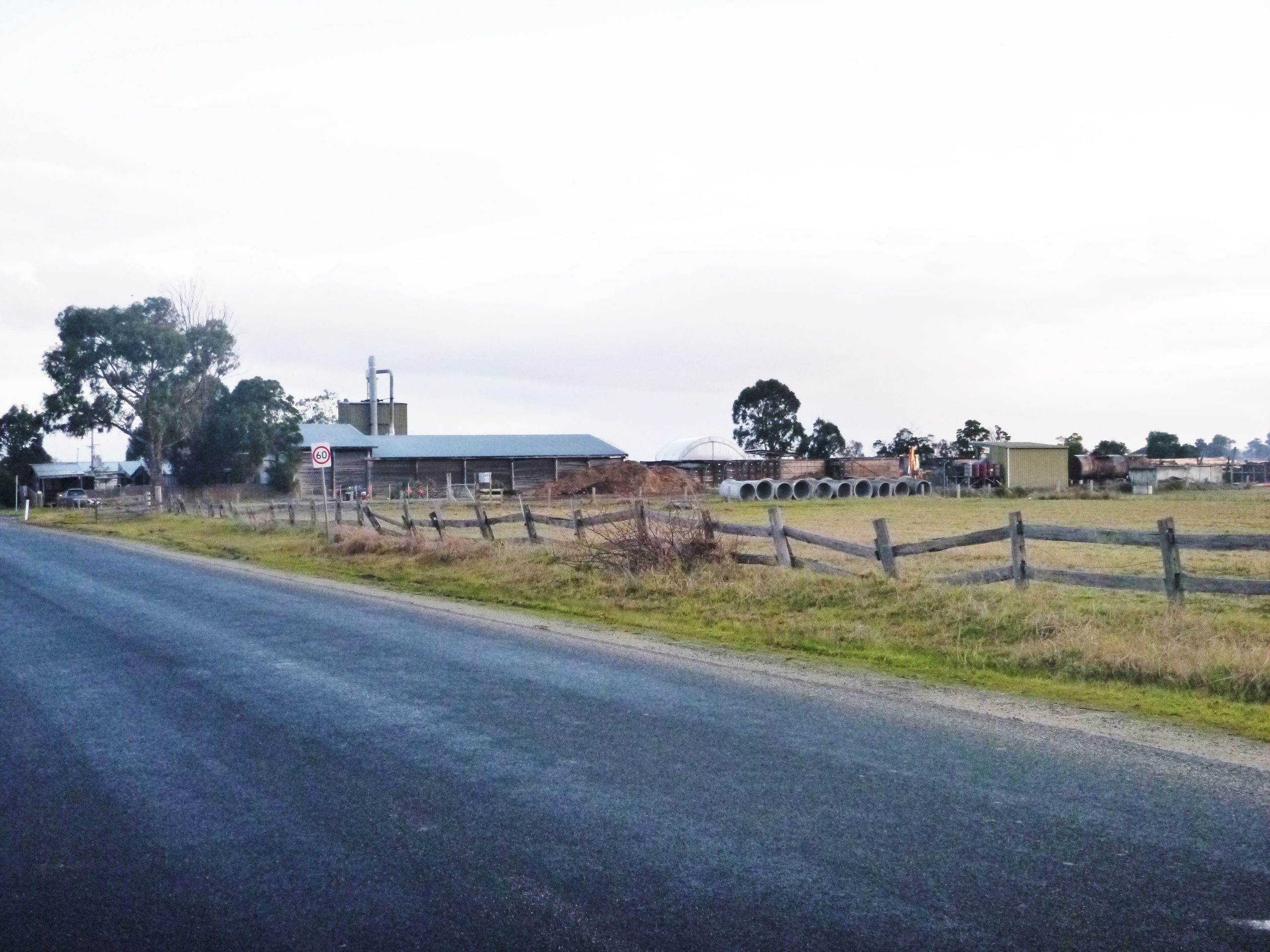 The radial timber sawmill in Yarram has plans to triple production and add more jobs as part of an expansion that could eventually create a biomass energy park.

Radial Timber owner and managing director Chris McEvoy said the new mill, which was fully costed and planned, would be located on a four hectare site next to the existing plant.

“We will have plenty of room, with a total investment about $4 million,” Mr McEvoy said.

A wood scientist and former CSIRO employee, Mr McEvoy emphasised that the Yarram mill, originally developed by Andy Knorr, was the only commercial radial mill in the world.

Radial sawing basically cuts a log into wedges like a cake, which creates less waste than conventional sawing.

“This new plant will be a world first and a benchmark for new technology in milling,” he said.

“It was developed in Gippsland and realised in Gippsland, and this is the next phase a full-scale state-of-the-art production plant.

“What we’ve had up until now is really a prototype plant, even though it’s been in commercial production.”

Mr McEvoy emphasised that the mill was looking for skilled workers, and the existing workforce would also have its skills upgraded.

There would be on-site internships and Radial would work closely with trainers at Melbourne University’s Creswick Forestry School.

The new plant is still to gain a planning permit, but Mr McEvoy said he had been working closely with Wellington Shire and the community.

“Noise and shift work are big issues. We are in a small country town and relatively close to houses, so we have no intention to ever run afternoon or night shifts. There will be no loss of quality time,” he said.

Mr McEvoy said he hoped to begin construction by the end of the year.

The expansion was being driven by the demand for radial timber products, mainly in Melbourne and other areas of Victoria.

“We are even buying in resource from other sawmills to keep up.”

Yarram’s products, made of durable hardwood, include outdoor decking; external cladding weatherboards, board and batten; ‘shiplap’, a premium product popular in the high-end Melbourne market; and screen boards skinny bits of timber used in a variety of ways.

The Yarram radial mill, which processes 4000 cubic metres of logs per annum, mainly uses native forest timber sourced from VicForests, but this will progressively be replaced by hardwood plantations.

“We have just been reissued with a new VicForests allocation for 10 years, which will be ramped up with proposed mill extension from 4000 to 12,000 cubic metres,” Mr McEvoy said.

“The idea before making any investment in a new greenfields mill is to guarantee resource. The agreement with VicForests is very important because we are still 10 years away from our own plantation resource being mature enough to harvest.

“Our oldest plantations are about 12 years old. The earliest we can harvest them is between 22 and 25 years we are about half way. We needed something in the meantime until we can phase in the plantation resource.”

Yarram is the only sawmill in Victoria that exclusively mills durable or semi-durable Victorian hardwoods a combination of yellow stringy bark, silver top ash and southern mahogany. The latter is red-coloured, similar to red gum.

The timbers are sourced mainly from Central Gippsland, and some from East Gippsland.

They are all class two species and are suitable for use externally in cladding and decking.

These are also the timbers that Radial will source from its own plantations that are being grown by Heartwood Plantations, a Warragul-based company that has a joint venture with Radial.

Heartwood, which forestry scientist and co-owner Jon Lambert founded as Woollybutt at Bairnsdale in 1995, is also growing spotted gum.

The company originally developed plantations in partnership with farmers, but has moved towards a model where unit trusts consisting of various investors buy land and finance the trees.

Heartwood is responsible for the planting, growth, maintenance and harvest of the trees.

Mr McEvoy said this arrangement was a totally different model from the controversial managed investment schemes, most of which went bankrupt during the global financial crisis.

Heartwood’s partner in the unit trusts is a Moorabbin financial adviser Dr Steven Enticott, who has been a customer since 2007.

The big advantage, given the managed investment schemes furore and the controversial role of financial advisers who received money to recommended the schemes, is that Dr Enticott, Mr McEvoy and Mr Lambert have all got skin in the game; they, too, own plantations.

Mr McEvoy said this business model created consistency “in species, how we grow them, when we grow them and how they are planted, eliminating the unknowns and variables”.

Heartwood’s inventory now totals about 40 properties in Gippsland, with an average size of 30 to 40 hectares 1500 hectares all up.

In the remainder of Victoria, they manage about 350ha in the north-east and 250ha in the Green Triangle.

The aim is to buy land within 150 kilometres of the Yarram mill to reduce transport costs.

Mr McEvoy estimated the phase-in time for the new mill would be about three years, with any bugs in the new mill ironed out over this time.

The equipment is being manufactured by Gibson Sawmill Manufacturing in New South Wales.

“There is little waste control in the existing mill, which generates lots of sawdust and off-cuts. The new mill will sit on big conveyor belts that will carry away the waste to the wood chipper or biomass plant. It won’t have to be handled,” he said.

“The existing pilot plant was built in various stages with no overall planning … it evolved over time as the technology was proven. Now the proven technology will be put into a greenfields plant.”

Mr McEvoy said he expected the new mill would have flow-on benefits for other businesses in the district during construction and when operational, as ongoing maintenance would be required.

“Gibsons have agreed to come with a skeleton team so local engineering companies can work beside them and help put the plant together,” he said.

Mr McEvoy said the planning stage already included a bioenergy plant that would process onsite waste and thinnings and forestry waste from Heartwood’s plantations around Yarram.

The plant would supply power to the mill itself and the drying kilns, but would also potentially sell back into the electricity grid.

“There is much land here we are in an industrial zone. Ultimately we would love to be part of a low-cost green energy park that could attract other industries that are after a cheap form of green energy,” Mr McEvoy.

He is very optimistic. “With the plantations, we have a long-term resource, so we can make a long-term commitment. We will be based here for the long haul.”