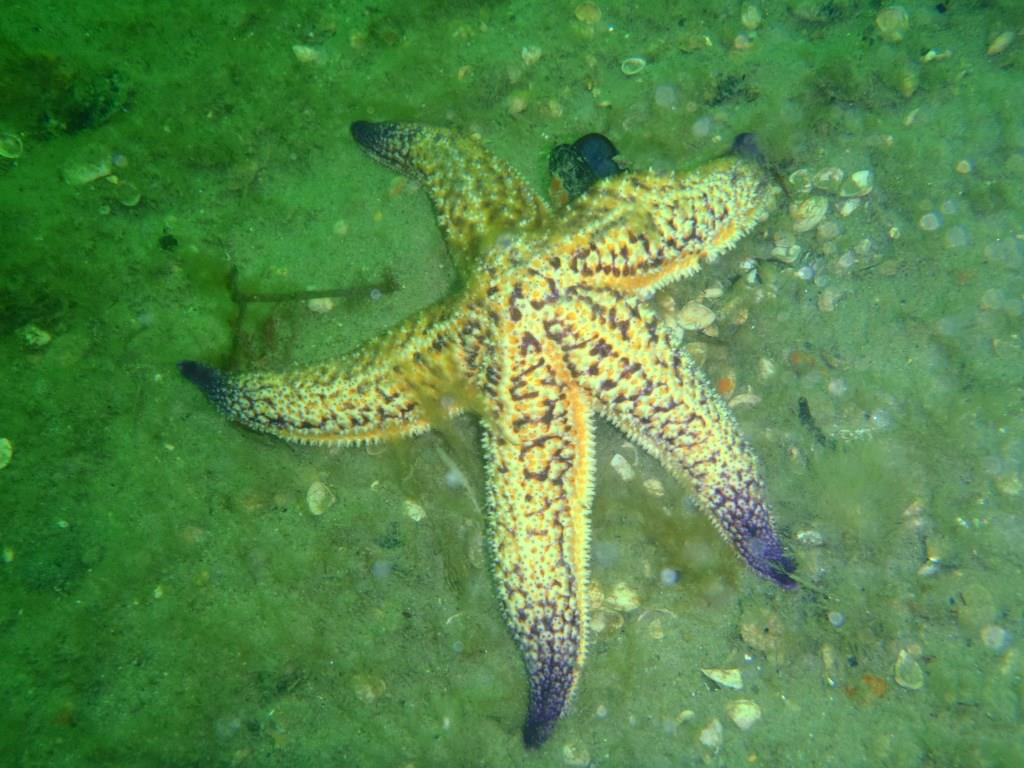 DIVERS will soon be in the water to look for Northern Pacific Sea Stars in the Gippsland Lakes after the discovery of two of the invasive marine pests last week by Friends of Beware Reef Marine Sanctuary divers.

The Department of Environment Land Water and Planning is co-ordinating a response to verify the location and extent of any population in the lakes.

Gippsland Ports is supporting the operation and will deploy yellow buoys in the vicinity of the dive area to alert mariners to the presence of divers.

Gippsland Ports marine officer David Talko-Nicholas said divers would initially be inspecting the lake bed at the eastern end of the lakes and their location would be marked and patrolled by Gippsland Ports officers.

“Mariners boating in the area are directed to keep clear of diving operations and to comply with directions given by port officers,” he said.

“In particular, this sea star can consume native shellfish which are an important part of the food chain,” he said.

“There is an established population of this pest in Port Phillip Bay where it has done considerable damage.”

The sea stars have also been directly implicated in the decline of the endangered spotted handfish in Tasmania.

They can pose a threat to commercial shellfish farming and have affected oyster production on some marine farms in south-eastern Tasmania.

“DELWP is working with a range of groups with expertise and previous experience in the management of this pest,” Mr Rankin said.

“There are also healthy populations of native sea stars living in the Gippsland Lakes, including the Eleven Armed Sea Star, which was found in the same location as the two pest sea stars found last week,” he added.

All vessels involved in the operation to search for Pacific Sea Stars will display the Code Flag ‘A’ (Diver Down).

Vessel operators are being reminded that a five knot speed limit applies within 100 metres of a vessel flying this flag in all Victorian waters.

The Northern Pacific Sea Star is native to the coasts of China, Korea, Russia and Japan, and they are also found across the Bering Sea in Alaska and northern Canada.

It was detected in the Gippsland Lakes by Friends of Beware Reef Marine Sanctuary divers Alan and Michael Wilkins.

People with information about the Northern Pacific Sea Star in the Gippsland Lakes are being asked to phone the DELWP Bairnsdale office on 5152 0400.