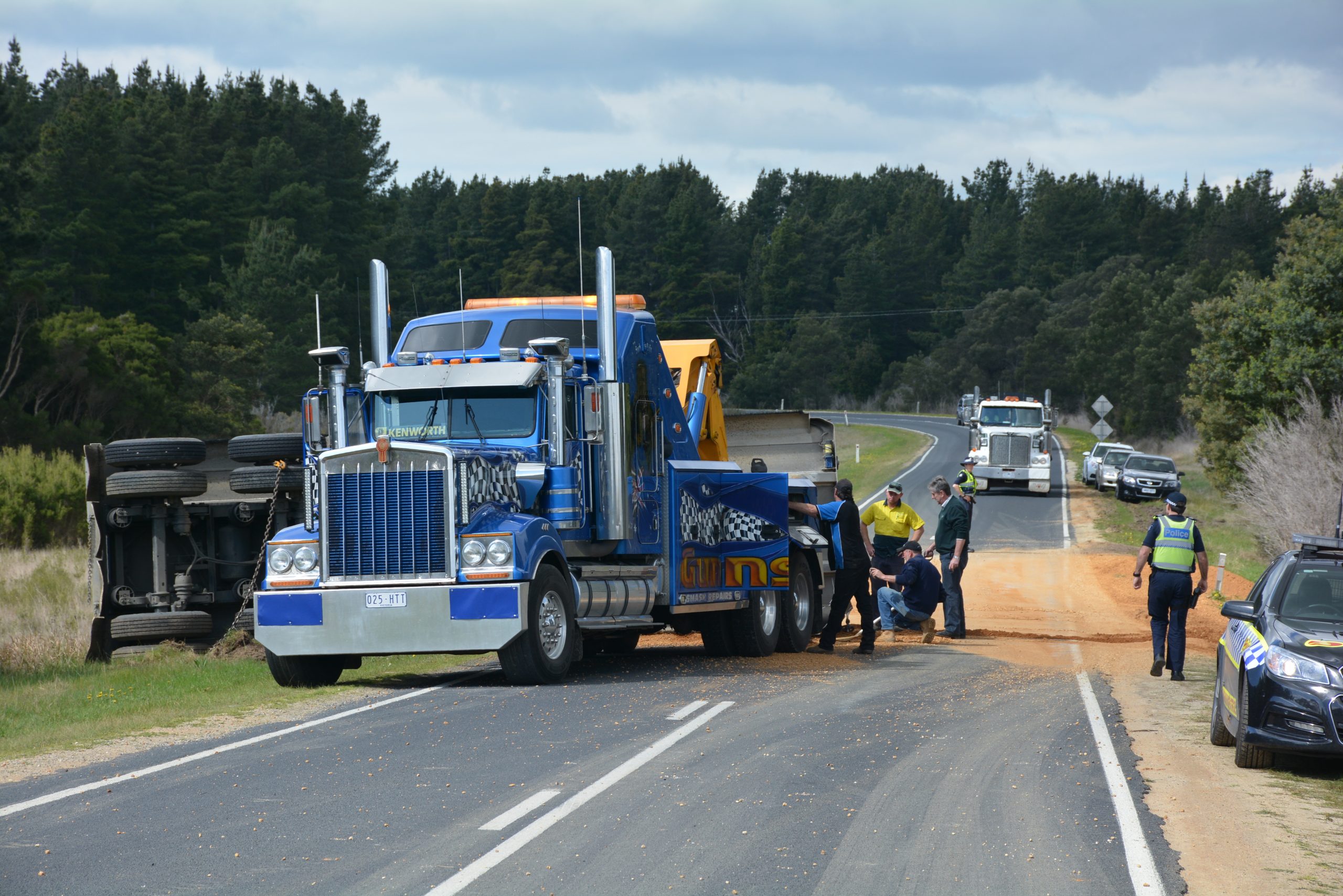 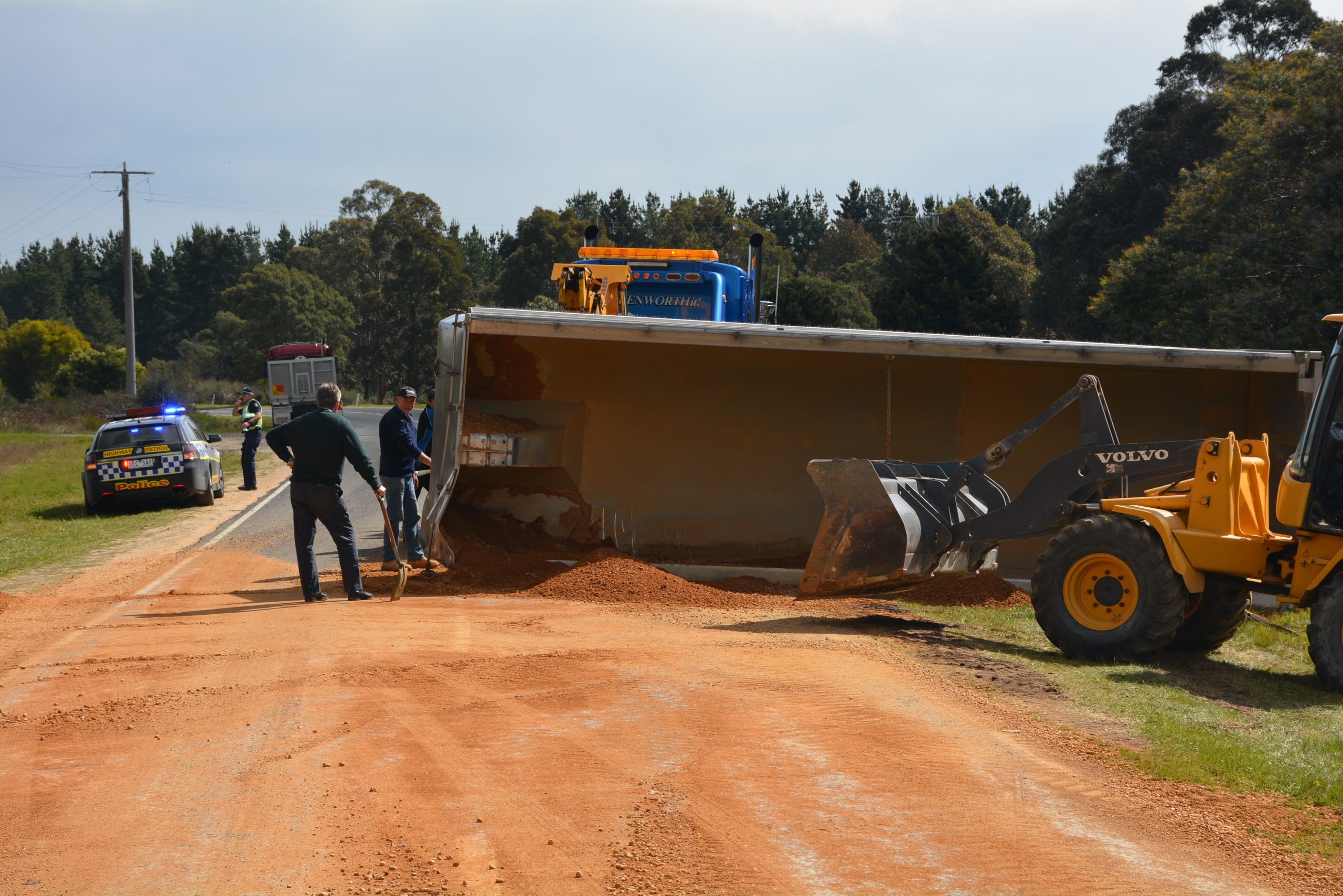 A TRUCK rollover on the Rosedale-Longford Rd on Wednesday afternoon caused disruption to traffic for more than an hour, with the truck spilling its load across both lanes.

The truck was travelling towards Rosedale when it appears to have veered off the road before the driver attempted to regain control, with the trailer disconnecting and rolling in the process.

Acting Sergeant Binotto from Sale Police said the driver, aged in his 60s, had emerged from the incident unharmed. There were no other vehicles involved in the accident and no further damage caused. Investigations continue.