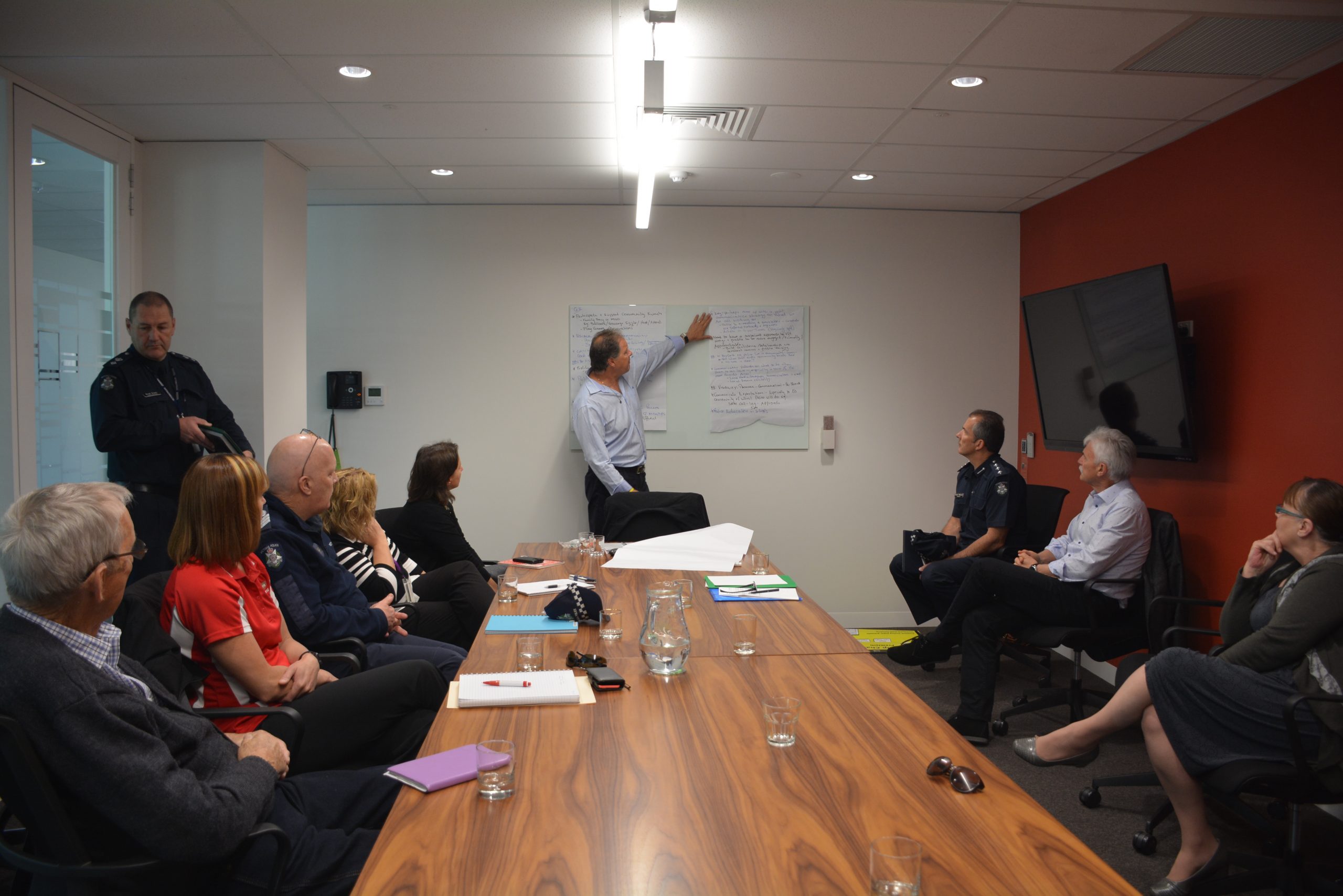 FAMILY violence, alcohol, drug use, vulnerable community members and speeding drivers are among the many concerns people are raising with local police.

As part of a year-long effort to align the focuses of police with issues important to the community, joint discussions between police and community members were held on Tuesday.

Those involved discussed a wide range of topics from breaches of intervention orders to the ripple effects of a lack of childcare and the responsibility of community members to look after each another.

Sale police Inspector Rob Wallace said the initiative was about moving towards ensuring that officers were not only doing everything they could to protect the community, but that the community understood its responsibilities too.

“What we’ve been doing is a program over the last 12 months just to see where we’re at with the community,” he said.

“What we think we’re doing is right, but what does the community think?

“Today is for them to tell us, and we’ll listen to the way that they see the issues in the community.”

The initiative is not just reserved for Sale and its surrounds, but stretches throughout the east Gippsland region up to Bairnsdale.

Among the key concerns of the community are how drugs and alcohol fuel anti-social behaviour.

The drug ice has also been raised as a big issue.

“There’s some issues that don’t surprise me that they are concerned about,” Inspector Wallace said.

“I will say that some of the programs that they’ve mentioned we already have in place, but perhaps we need to sell them better.

“So today part of it is for them to tell us, you’re doing this well or you’re not doing this so well.

“We’ll listen to the way that they see the issues in the community and we take those on board.”