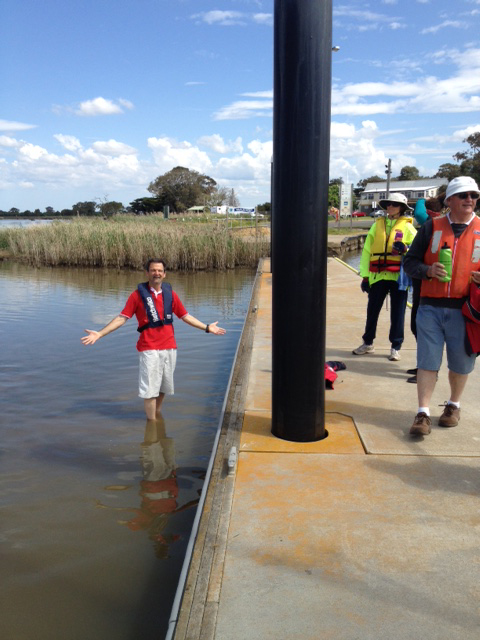 THE safety of sailors around Marlay Point is under question because of low water levels.

Recently Lake Wellington Yacht Club commodore Michael Clark measured the depth of water around the jetty at 100 to 300 millimetres.

“The jetty needs a minimum depth of 500mm to float,” he said.

Mr Clark said he had advised Gippsland Ports of the shallowness of the water since 2011.

Gippsland Ports conducted a hydro survey in February 2012 and found the water in and around the area was shallow.

The two organisations have unsuccessfully worked to secure state government funding to dredge the area.

“Seems to be like buying lotto tickets, great if your numbers come up, but not likely,” Mr Clark said.

The jetty and ramp are the main access to Lake Wellington for recreational boat users and rescue services.

“If the ramp and jetty become unusable it will have consequences for people in need of assistance in Lake Wellington,” Mr Clark said.

Lake Wellington Yacht Club uses the Marlay Point facilities over summer for races, including the start of the Marlay Point Over Night Race, which attracts boats from New South Wales, the Australian Capital Territory and South Australia.

“(MPONR) brings boats, people and money to the area as a tourism event,” Mr Clark said.

“The infrastructure at Marlay Point needs to be maintained to a reasonable standard to ensure the safety of competitors and the public.”

Gippsland Ports acting chief executive Greg Hatt said the authority would this week begin a survey of the area to understand the extent of the problem.

“We need to better understand how bad the problems is, or if it’s exacerbated by weather conditions,” he said.

“We understand the yacht club’s frustration.”

Wellington Shire Council manager of built and natural environment Chris Hastie said council had carried out siltation clearance works in the vicinity of the boat ramp to facilitate safe launching and retrieval of craft.

“The jetty is Gippsland Ports’ infrastructure, who also have responsibility for the navigability of the waterways adjacent to the jetty,” he said.

“We understand that Gippsland Ports is making a state government grant application to support dredging works at Marlay Point.

“Wellington Shire Council has been in close contact with Gippsland Ports and the Lake Wellington Yacht Club, and we are working collaboratively to obtain a satisfactory outcome for users.”