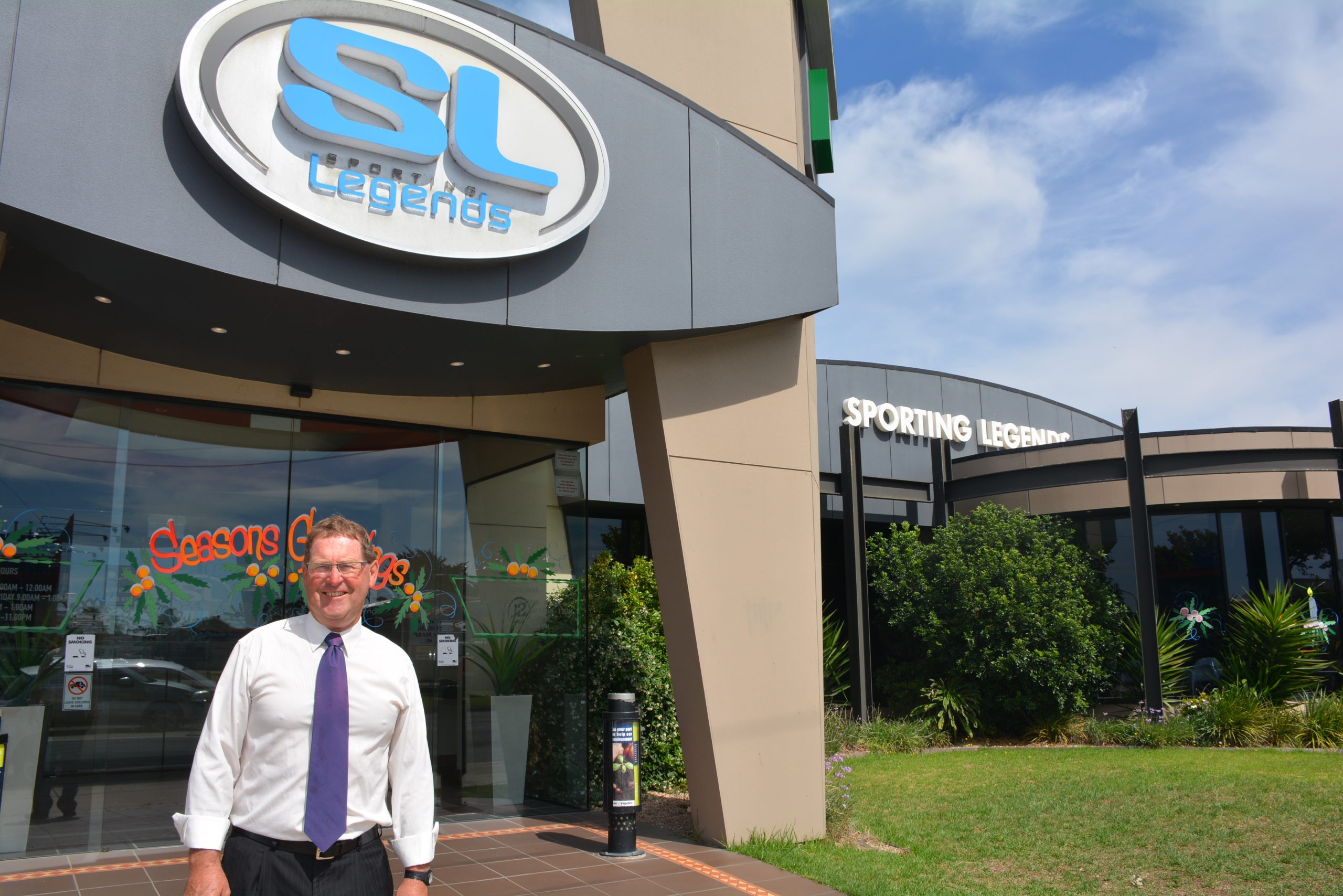 Sporting Legends’ application for six more gaming machines has been rejected by the Victorian gambling regulator.

Wellington Shire Council, as part of its public health and wellbeing policy, disputed the Sale club’s application for the machines, saying they would have a negative effect on the community.

He claimed extra revenue from the machines would be negligible, but the tax breaks they would provide would enable more money to go back into the community.

Seaspray Surf Life Saving Club, for example, would gain an extra $30,000 a year from the machines, which would go towards maintaining the surf club now that the new clubhouse has opened.

Wellington Shire Council’s general manager of community and culture Glenys Butler said there were other ways to raise money without affecting the community.

“(The council’s) focus is on supporting tourism and the economy of the town, but that doesn’t include additional gaming machines,” she said.

Wellington Shire Council has in the past said it was against the installation of more gaming machines.

According to a report from the Victorian Commission for Gambling and Licencing Regulation, Wellington Shire has a high density of electronic gaming machines, with 9.4 per 1000 adults, and has the second highest gaming expenditure per person among rural Victorian councils, about $600 per person.

Problem gambling does affect communities, which is what the council argued in the commission hearing.

Wellington Shire maintains a policy of using a ‘precautionary principle’ to reduce the harm of problem gambling.

The commission found that while adding six extra machines may not seem like a lot, the proximity of the venue to low socio-economic areas was concerning.

It found Sporting Legends did not appear to have a plan in place to deal with the fact that it was close to vulnerable people in housing commission flats.

Mr Bailey disputed this too, saying that the finding was based on statistics, and not on knowledge of the area.

He said he was aware of at-risk customers, and encouraged his staff to keep an eye on them.

As well as this, membership cards were used to track spending on machines, which were linked to customers’ addresses.

Mr Bailey said he had experienced dealing with problem gamblers, and had helped them to seek counselling in the past.

He also flagged the possibility that the Sporting Legends board of directors may take the case to the Victorian Civil and Administrative Tribunal.

Sporting Legends is a not-for-profit entity based in Sale, with profits going into a community fund that is used to help local sporting clubs.

It was planning to donate $30,000 a year to the Seaspray SLSC for the term of the lease of the machines, which would mean $210,000 over seven years.

However, Wellington Shire Council noted that the initial donation of $30,000 was already earmarked out of money already raised, which meant the extra machines would not be necessary, and the surf life saving club would be welcome to apply through the council for more funding.

Before taking the case to the Victorian Commission for Gambling and Liquor Regulation, council said it ran a survey asking residents their opinion on the issue, finding most people were against extra machines being installed.

They cited increased risk of problem gambling and less money being spent in the local economy.

Mr Bailey disagreed, adding that as a not-for-profit entity the money would go straight back to community sporting clubs.

He said online surveys were notoriously unreliable, as only those with a stake in the issue responded.

Sale Greyhound Club recently installed a handful of new machines, however it was noted that its premises were further away from at-risk populations.

Wellington Shire said it would continue to fight against the installation of more machines in Sale’s central business district.

In her opening presentation at the recent hearing, council’s community wellbeing manager, Frances Ford, said local councils needed to have regard to the social, economic and environmental viability and sustainability of the local area and the overall quality of life of the people in its community.

“In this situation where we are considering the social and economic impact of installing additional electronic gaming machines the applicant provided no evidence to show that the introduction of six more will not cause harm.”