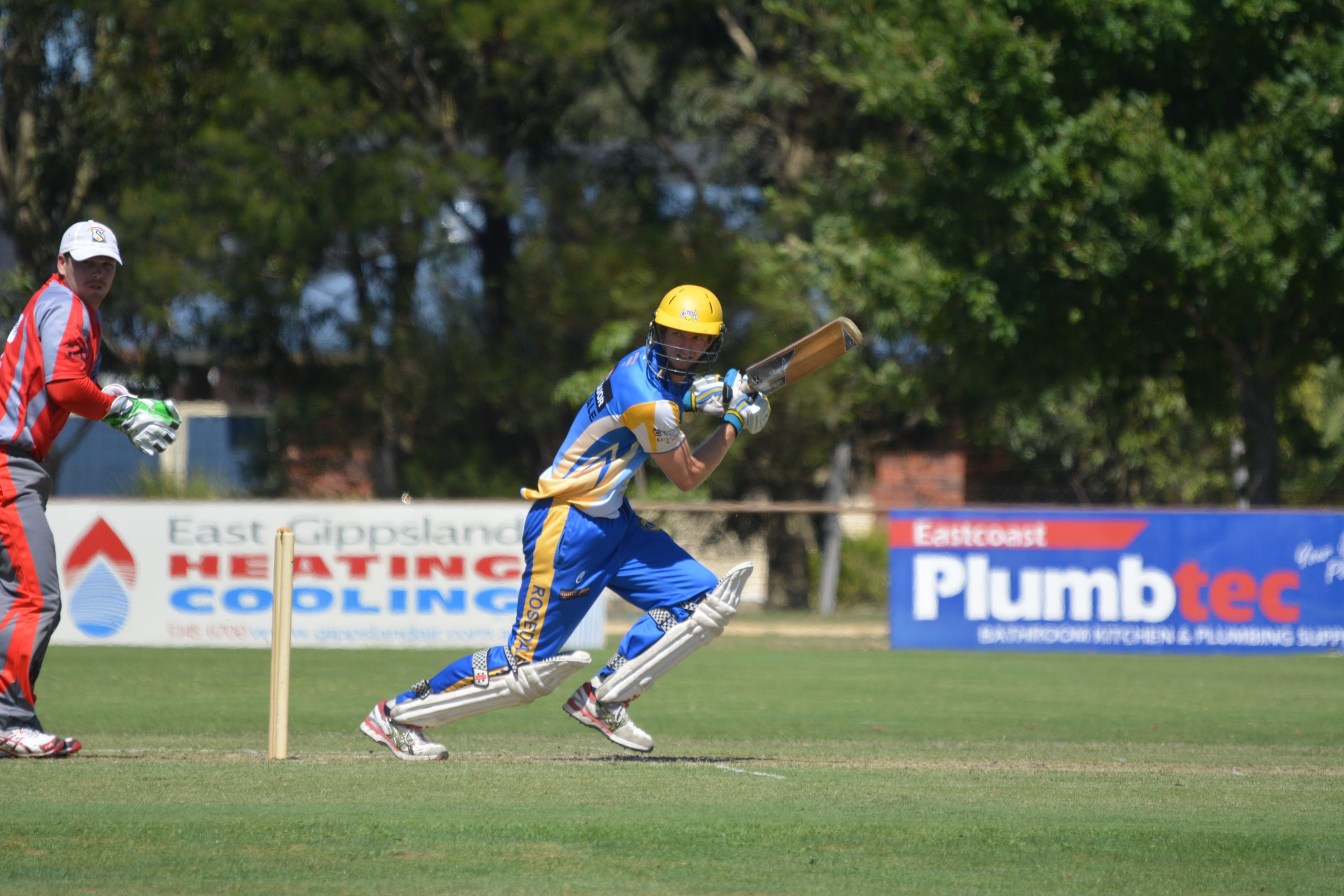 ROSEDALE-KILMANY and Collegians continue to battle it out for the top of the table after round 10 of the SMCA competition.

Collegians knocked over Sale in a closely fought game, defeating them 9/191 to 176.

All of Bundy’s batsmen made solid contributions, with Ben Saxon top scoring on 67 before being bowled by Andrew Tyson, who did well with 2/23.

Longford tried hard, with middle-order batsman Justin Mitchell scoring five fours on his way to 40 before being run out, but the bowling was too strong from Bundalaguah.

JOSH Davis made 112 not out for Maffra in their tied match against Boisdale-Briagolong.

Michael Roberts responded with a stellar 73, but was captured by Andrew McKenzie, who achieved fantastic figures of 3/20 off eight overs.

Both teams made it to 178, however Maffra only lost three wickets to Boisdale-Briagolong’s six.

ROSEDALE-KILMANY showed why they’re serious finals contenders with a thumping win over Stratford.

Brad Scott made a heartbreaking 99 not out, followed by Rohan Diamond on 72, who was claimed by Luke Maguire (3/37).

Stratford’s Chris Aurisch made it to 60 before being caught and bowled by Isaac Love.