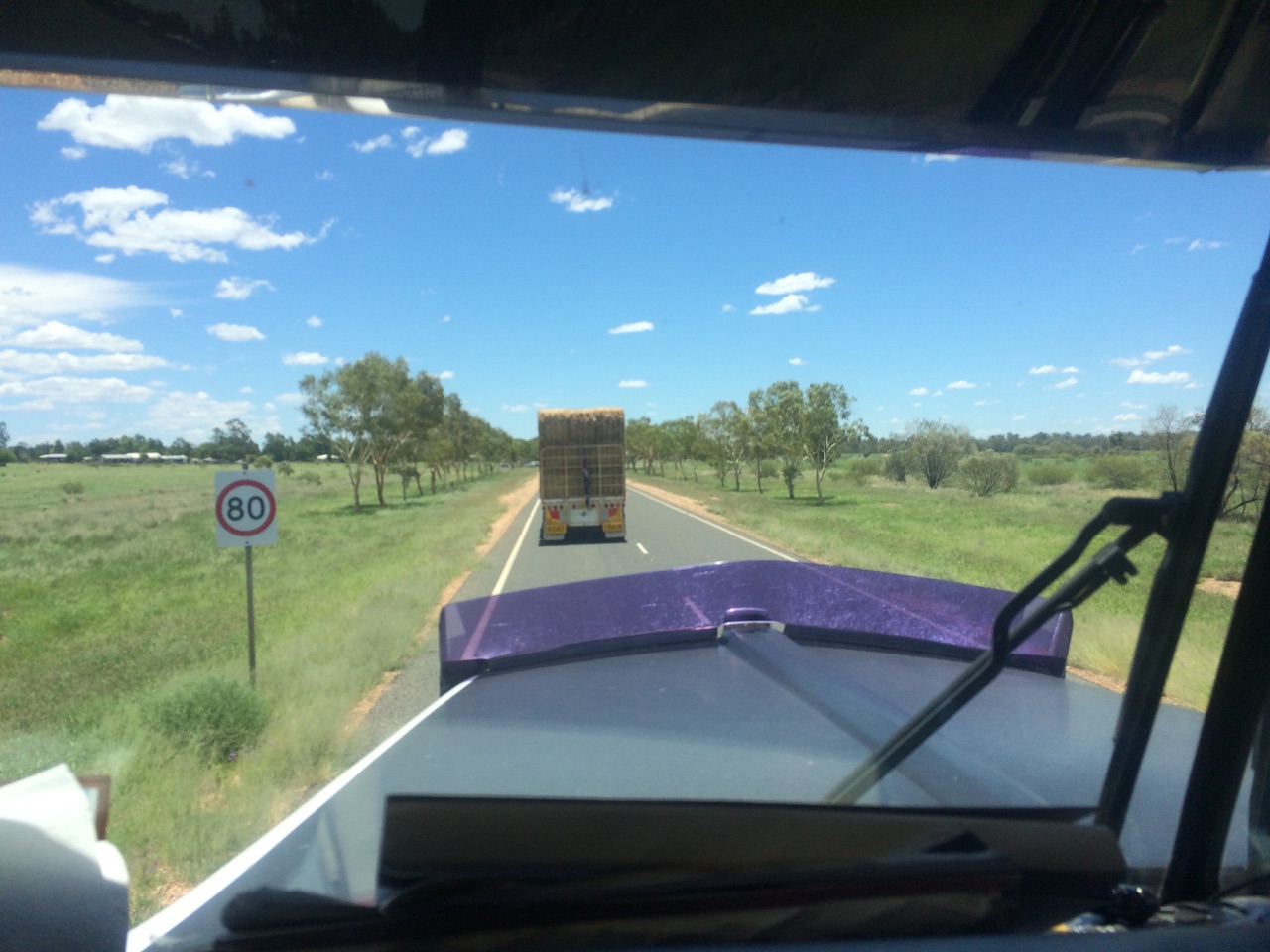 They helped deliver about 5000 bales of hay as part of a convoy of more than 120 trucks, breaking a Guinness World Record in the process.

The delivery of hay, fodder, household items, dog food and toys was donated to struggling farmers around Longreach, in western Queensland.

Mr Marshall said he was astonished at the conditions the farmers were dealing with.

“It makes you appreciate where you live here, on the irrigation,” he said.

“There’s just very harsh conditions, they need more rain, though there was a tiny bit as we were driving up.

“There’s no water, but they were so happy to get enough fodder to keep the breeding stock alive.”

Mr Marshall and his co-driver, Mr Van Wees, drove 5023km there and back, in one of six trucks from Victoria.

Arriving on Friday, January 8, the convoy unloaded the hay at Ilfracombe Showgrounds, about 25km from Longreach.

The social aspect was incredibly important, according to Mr Marshall.

“We met a lot of blokes, a lot of new friends to swap stories with,” he said.

On the Saturday, the town put on a concert, with tear-jerking speeches from farmers.

“You know you hit the heartstrings,” Mr Marshall said.

“Guys were crying; it was very emotional.

“It’s just good for the system, I would do it again in a heartbeat.”

While the next hay run to Longreach will be in April, on Australia Day Mr Marshall said he would be joining in another run to Ballarat, where he will help deliver hay to other Victorian farmers who have been affected by bushfires.

“The old man said he felt like a bit of a rock star,” Jacob added.