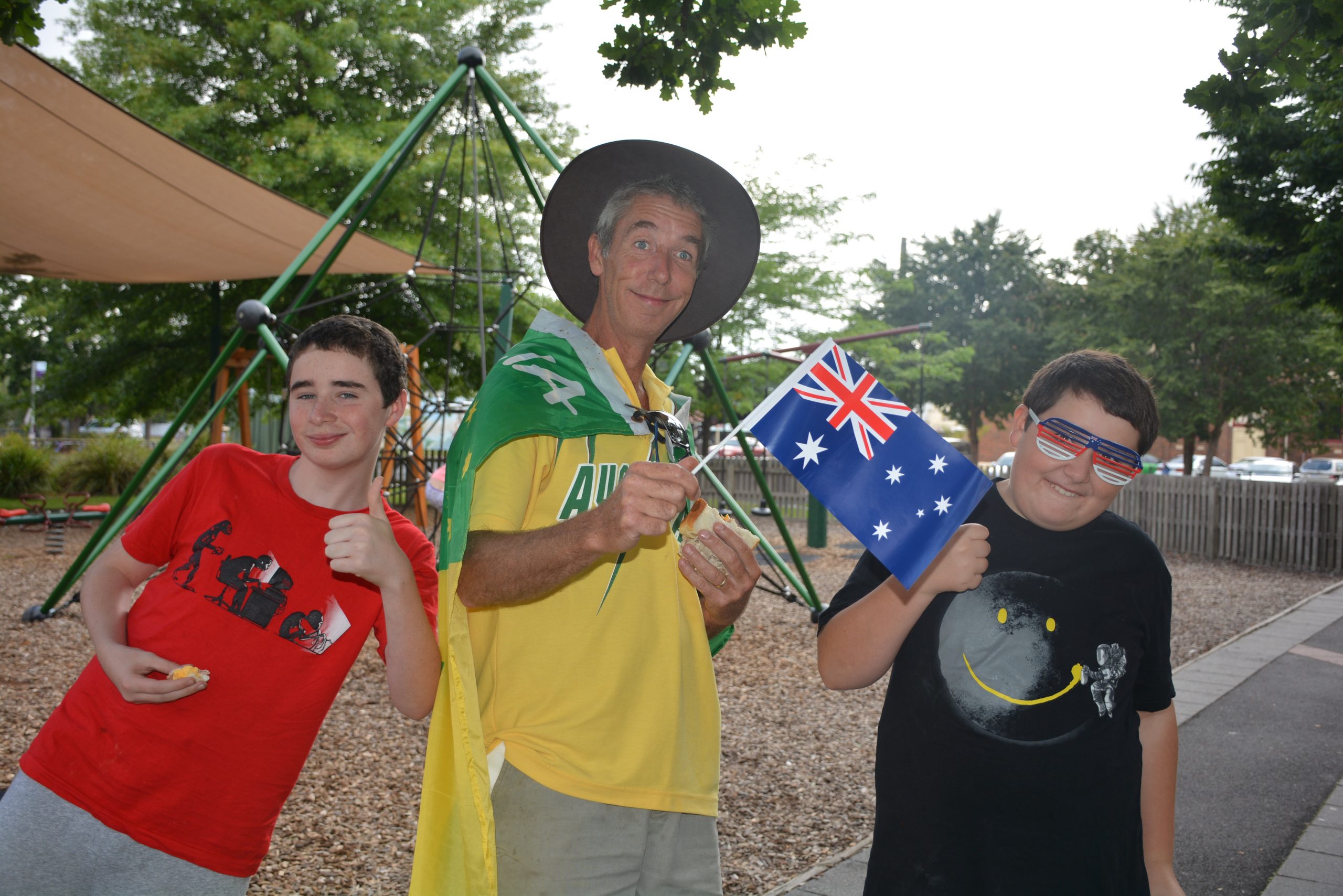 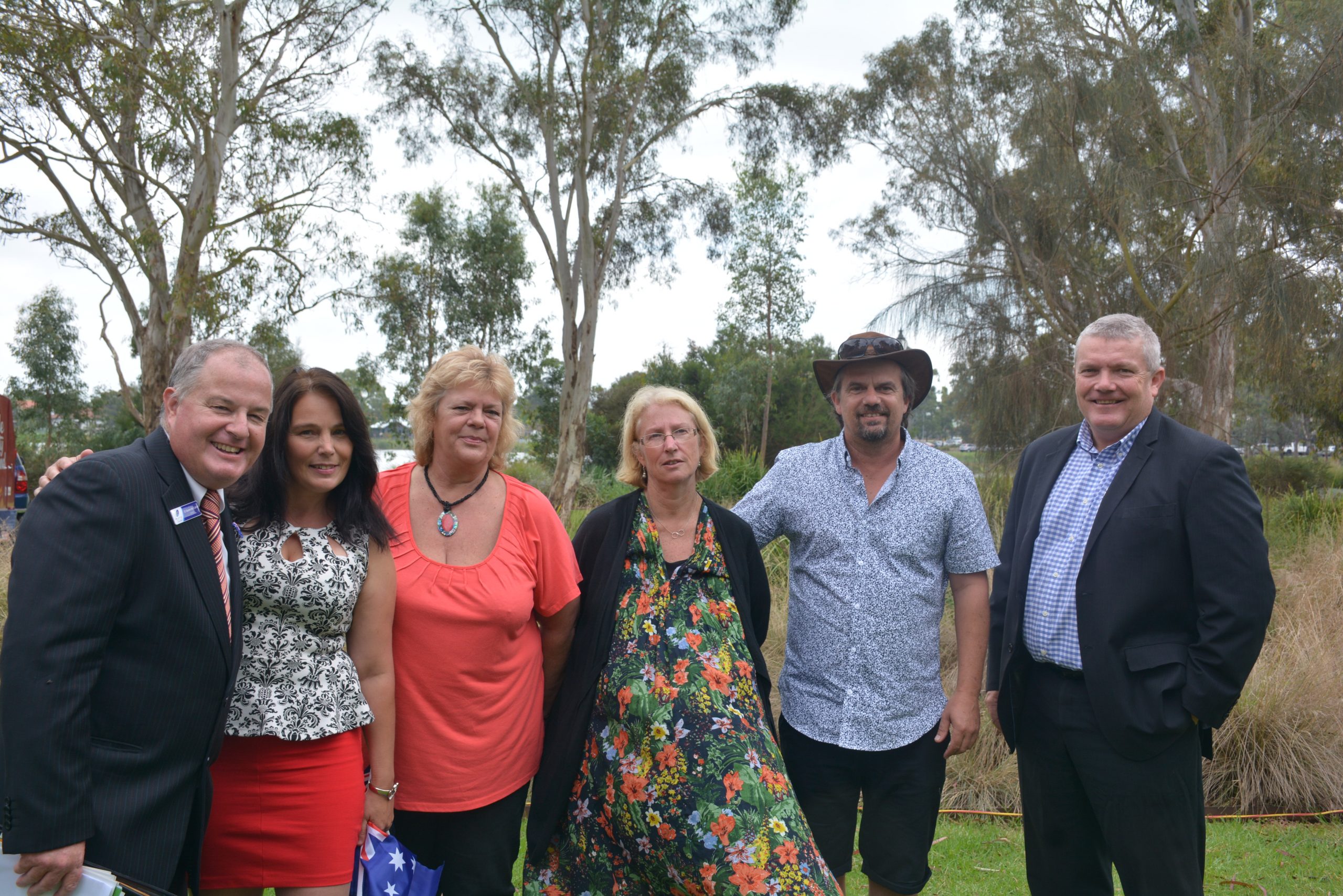 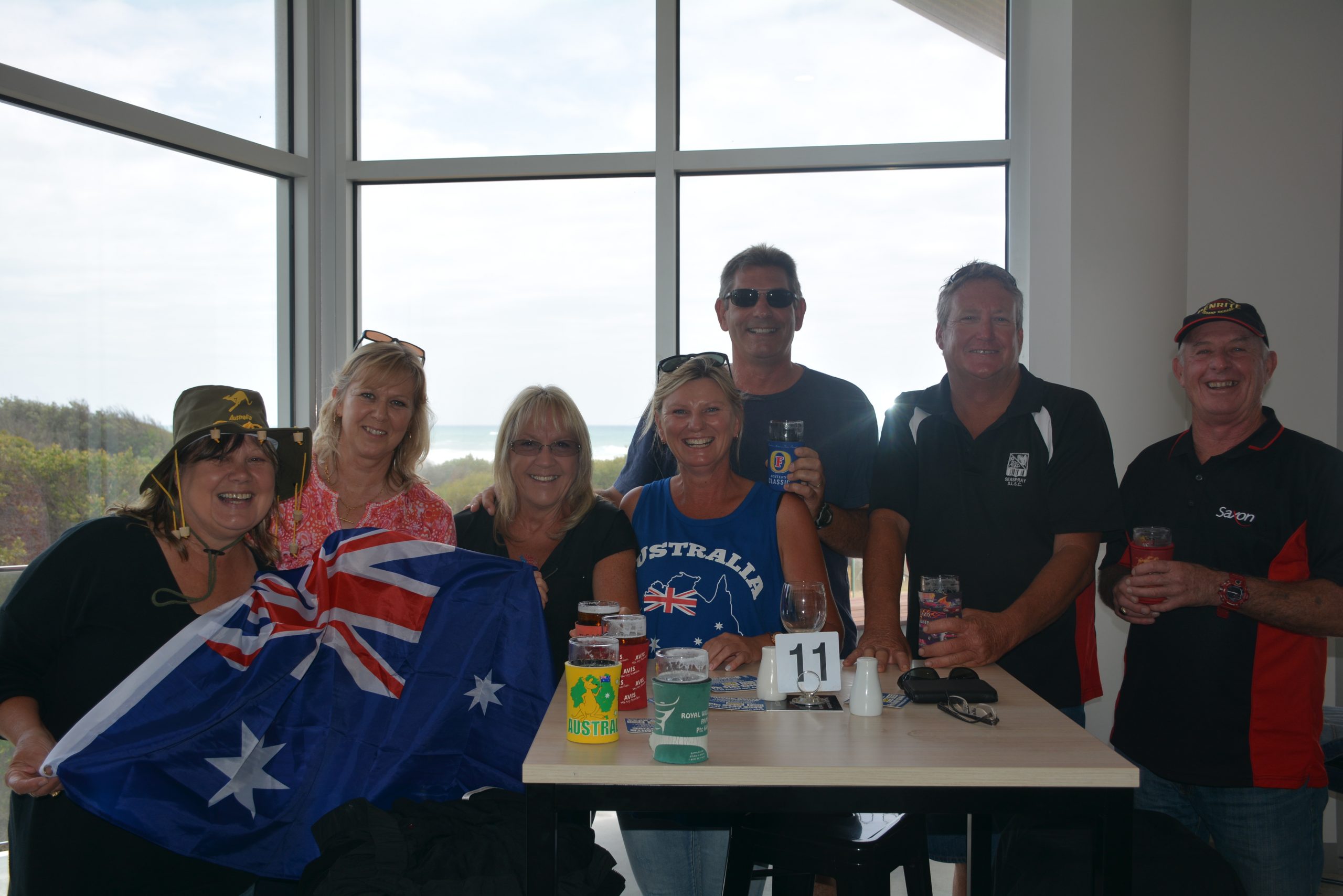 RAIN and overcast conditions did little to deter people who celebrated Australia Day across Wellington Shire on Tuesday.

In Rosedale, the crowd was entertained by singer John Molden, and watched a tug of war between the State Emergency Service and Country Fire Authority crews.

Rosedale’s Neighbourhood House co-ordinator, Bodye Darvill, was awarded Rosedale’s citizen of the year, for her work supporting the community.

“I’m just so impressed by the community and willingness to work together and get on board, and get community projects happening,” she said.

Young citizen of the year was Gabby Heathcote, with encouragement awards for Emily Reid, Jamie Al-Kladi and Daniel Gell.

The Community Lunch program was awarded community group of the year, while Andrew Widdis and the Rosedale Lions Club accepted the award for event of the year, for the Patrobus Melbourne Cup Centenary celebration.

Celebrations in Sale Botanic Gardens featured a performance from the Sale City Band and Briagolong Bush Band, as well as face-painting and a jumping castle.

“We must dedicate ourselves to work together to remain united and remain strong as a community, and support each other and the shared values which underpin everything we believe in as Australians,” Mr Chester said.

“My only concern in gathering here today is that while we have a great region, we have abundant resources, we have wonderful people, there are still many people in our community who feel they can’t participate in everyday community life, and feel they’re disengaged or marginalised in some way.

“This is not confined to a single group, or religion, or a race, or culture, or an age group, or a sex.

“I think we’re missing out if we don’t connect with all the people in the community.”

A total 21 new citizens, from 10 countries, were welcomed by Cr McCubbin.

Wellington Shire citizen of the year Andrew Bedggood told stories of participants in the Sale To Sea Kayak overcoming adversity, and encouraged the mayor to join in.

In Seaspray, the new Surf Life Saving Club was packed as Wellington Shire’s Cr Patrick McIvor encouraged residents to stand for the new-look council in the elections later this year.

Gippsland South MLA Danny O’Brien raised the flag, as about 100 people looked on.

The windy and temperate weather did not stop about a dozen people jumping into the ocean.

Jean Heasley, who volunteers for almost a dozen community organisations, was awarded Quiet Achiever of the Year, much to her surprise.

Tom Whiley, a volunteer at the Wollangara Outdoor Education Centre, was awarded young quiet achiever, and the group award went to  Maffra and District Historical Society.

“We’re a small team, but we all love history, especially Maffra history, and we enjoy what we do,” she said.

Stratford Lions Club hosted a barbecue at the mechanic’s hall to celebrate the day, with Sale City Band performing for an enthusiastic crowd.

Citizen of the year was awarded to Marg Robbins for her contribution to the community.

There were celebrations in towns all across the shire, including a dance in Heyfield celebrating 60 years since the opening of the War Memorial Hall, and a large crowd at Cowwarr.