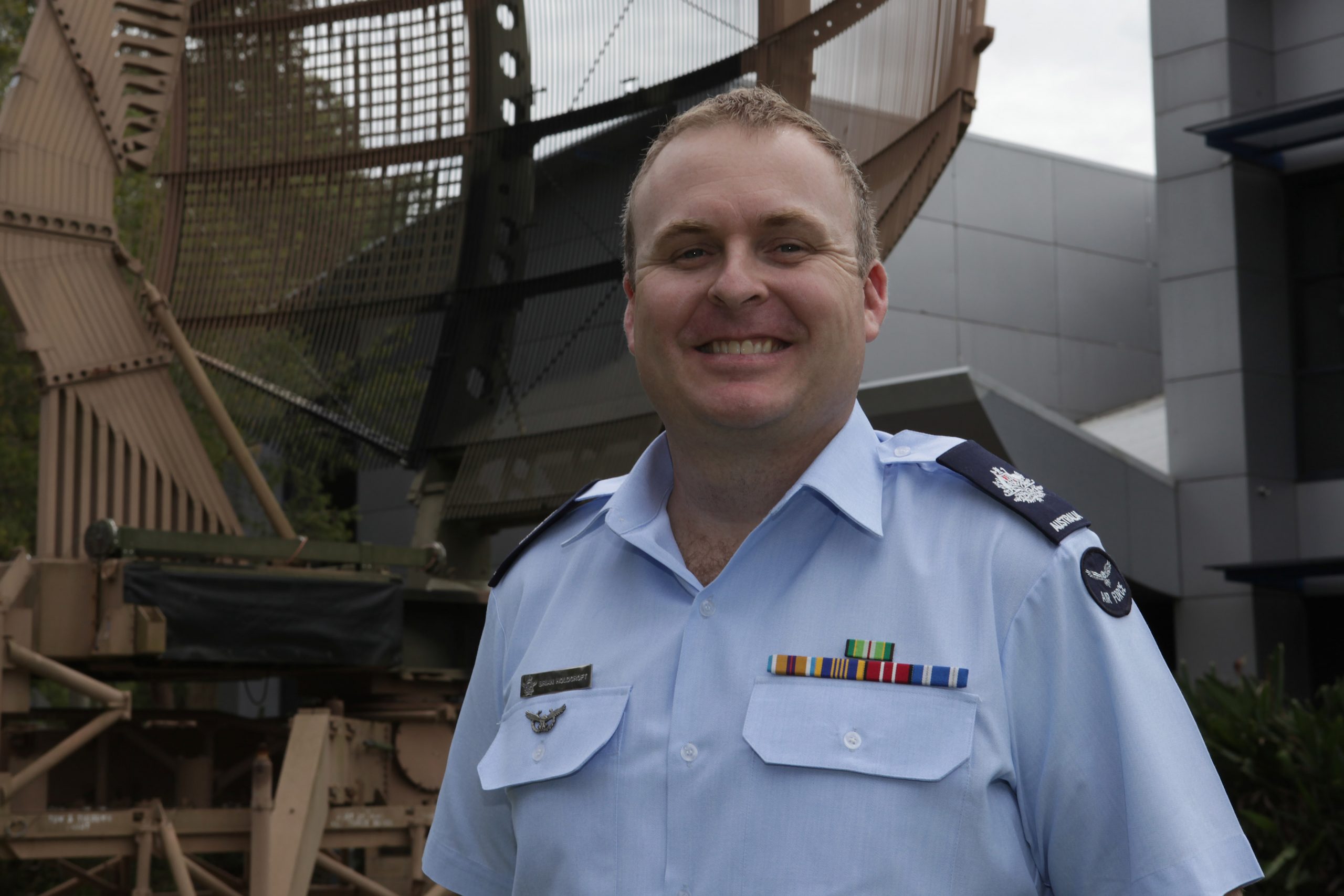 The CSC recognises outstanding devotion to duty as the senior air surveillance training manager at the Surveillance and Control Training Unit.

A third generation RAAF member with 19 years of service, the recently promoted Warrant Officer Brian Holdcroft’s grandfather Roy was an RAAF wireless operator in World War 2, and his father Ron, of Sale, was a cook in the RAAF for 31 years and honoured with an OAM for service.

His parents Dianne and Ron, brother Wayne and wife Rayna and their two children all still live in Sale and Longford.

He told the Gippsland Times joining the RAAF was just a natural progression of his family’s traditions.

“Basically we lived on the RAAF base, I went to school at Catholic College Sale and I was in the Air Training Corps, the Air Force Cadets, which led to me joining up in 1997.

“My job involves identifying and classifying aircraft within Australia and its approaches.

“As part of the job I am also involved in supporting fighter control missions both within Australia and abroad, including supporting Australian and Coalition aircraft in war zones . . . around the world.”

Warrant Officer Holdcroft is currently stationed at Williamtown in New South Wales, where he lives with this wife Melanie, and described his nomination for the CSC as unexpected.

“Basically it took me by surprise,” he said.

“This prepared operators for deployment to the Middle East region to support Operation Slipper,” he said.

“I was also involved in developing and teaching the Regional Surveillance Director Course which teaches senior air support operators how to manage an operations room.

“Lastly I was also the senior training manager for air surveillance.

“I was responsible for all initial employment training for RAAF air support operator trainees.”

The citation for the CSC states: “Flight Sergeant Holdcroft has displayed outstanding dedication as the senior air surveillance training manager. He significantly improved the training at the Surveillance and Control Training Unit for deploying personnel and Regional Surveillance Directors. These improvements have enabled Defence to meet its national and international obligations through a dedicated and well developed air surveillance capability. Flight Sergeant Holdcroft’s achievements have brought great credit upon himself, the Royal Australian Air Force and the Australian Defence Force.”

While honoured by the Conspicuous Service Cross,  Warrant Officer Holdcroft still counts his two deployments to Afghanistan and deployment to the United Arab Emirates in support of Operation Slipper as highlights of his RAAF career.

Sale still holds a special place for him, and he returns to visit family and friends a number of times each year and he holds ambitions of one day being posted to a training role at RAAF Base, East Sale.

“ Long term I would like to do a tour there with the RAAF, but there’s not much call for my job there, so it would have to be in a more general role,” he said.