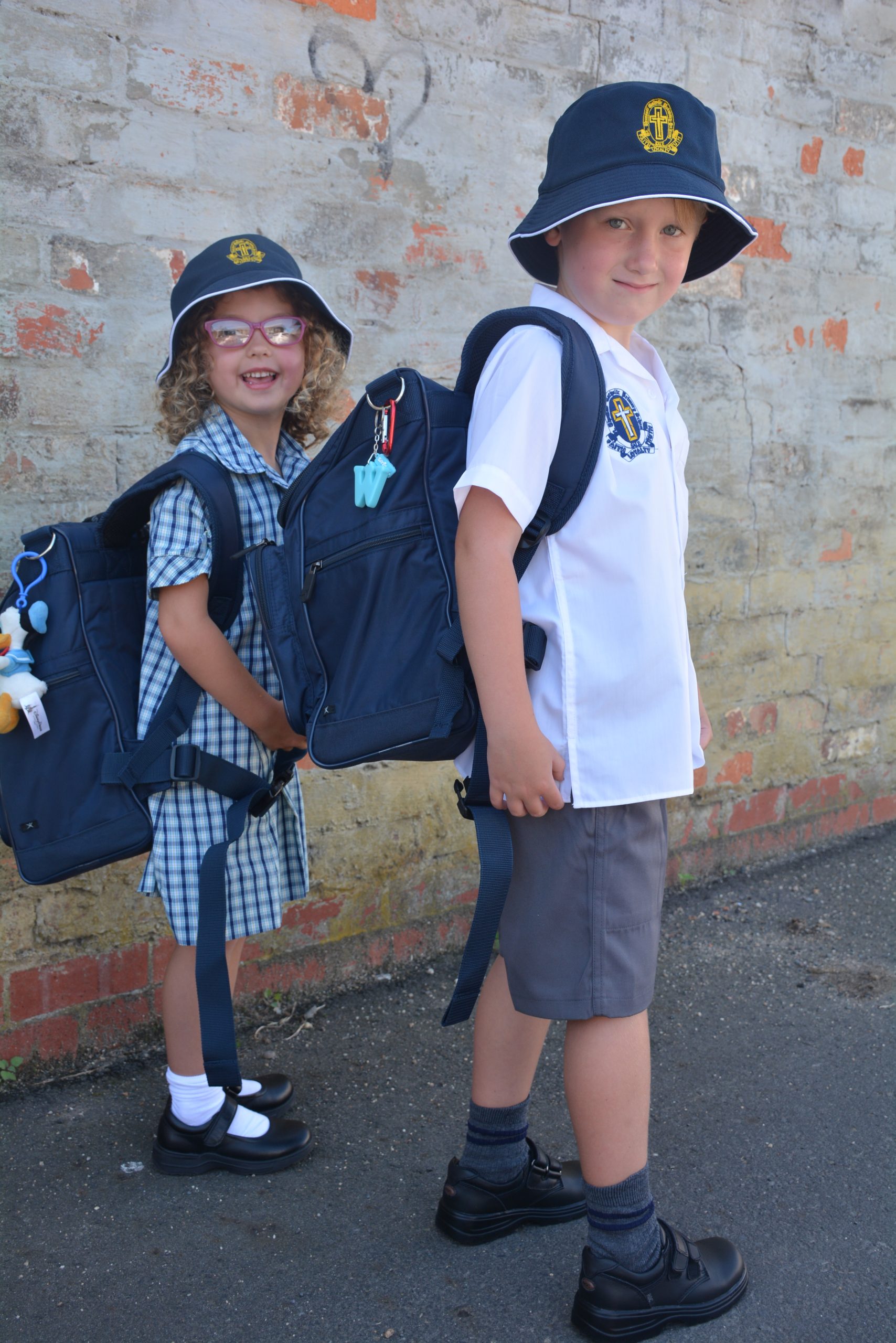 FRIENDS Will Foster and Daisy Wilson are excited to be off to school this week.

The five-year-olds will begin their school life in the preps grade at St Thomas’ Primary School, Sale and were keen to try out their new uniforms on Wednesday.

Charmaine Wilson said her daughter Daisy had been anxiously waiting for the chance to go to school.

“She can’t wait to be like the grown-up kids, and join her brother and sister at school” she said.

However she said there would be no tears as he went through the school gates.

“We won’t shed tears, not me nor Will, it will be high-fives instead’ she said.

Will and Daisy are among the hundreds of students beginning school for the first time in Wellington Shire with a number of schools reporting increased enrolments.

Maffra Primary School has the exciting addition of six pairs of twins beginning this week, which should prove a real test for the teachers.

With thousands of children attending school this week, many of them for the first time, drivers have been warned to slow down and be extra cautious around school zones, with reduced speed limits now in place outside schools.