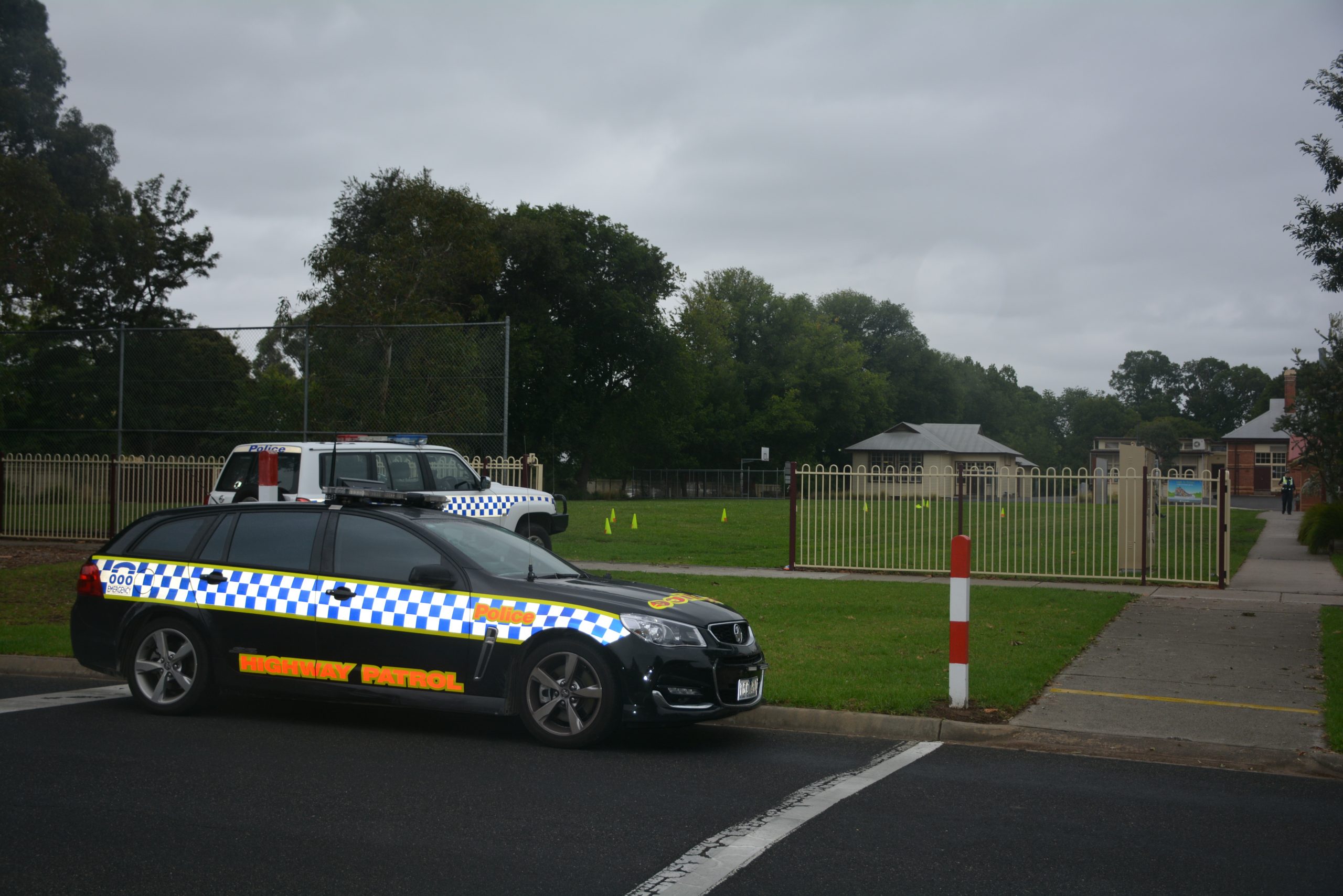 As the school enacted its emergency plan, students were taken to Victoria Park before being moved to the Sale College Macalister campus hall where they were collected by parents.

“We understand that a number of schools in Victoria received similar phone calls, as well as schools in other states and countries,” he said.

Mr Evans said students were at morning recess when the phone call came through and were accounted for and evacuated within 10 minutes.

“The safety and wellbeing of our students is always our top priority, and we took this incident very seriously,” he added.

He said the decision was made not to return to the school on Friday as an extra precaution to ensure safety, and school resumed on Monday.

Police inspected school buildings and the ovals on Friday and no dangerous items were found.

Victoria Police said it was treating the threatening phone calls received by a number of Victorian schools as a hoax.

“We are satisfied that there are no imminent threats to schools and that the threats are not terrorism related,” a statement said.

“A police investigation into the origin of the calls is ongoing.”

British media reported bomb threats led to 18 schools being evacuated in Britain on Wednesday, following similar events the day before.

Police there are investigating if the calls were part of a co-ordinated, “false and malicious” hoax that spread to France.

The Telegraph reported a Russian Twitter group calling itself “Evacuators 2K16” appeared to claim responsibility for some of the hoaxes and had invited students to get in touch if they wanted to “get out of school”.

It said the Twitter account claiming responsibility was removed earlier this week but the threats had continued.

The Guardian reported the account used a profile picture of Russian President Vladimir Putin and an email with a Russian “.ru” suffix.

The Age reported that many of the Victorian calls appeared automated, a robot-like voice saying there was a bomb located in the school in a backpack.

But Berwick Lodge Primary School principal Henry Grossek said its call was a male voice, the caller threatening “There is a bomb at your school … you haven’t got much time.”

Mr Evans said he was proud of the way Sale Primary School handled the situation.

“Everybody is back in class working as normal with a few stale lunches in the bin,” he said.

People with information regarding the hoax are urged to phone Crime Stoppers on 1800 333 000 or submit a confidential crime report to www.crimestoppersvic.com.au.