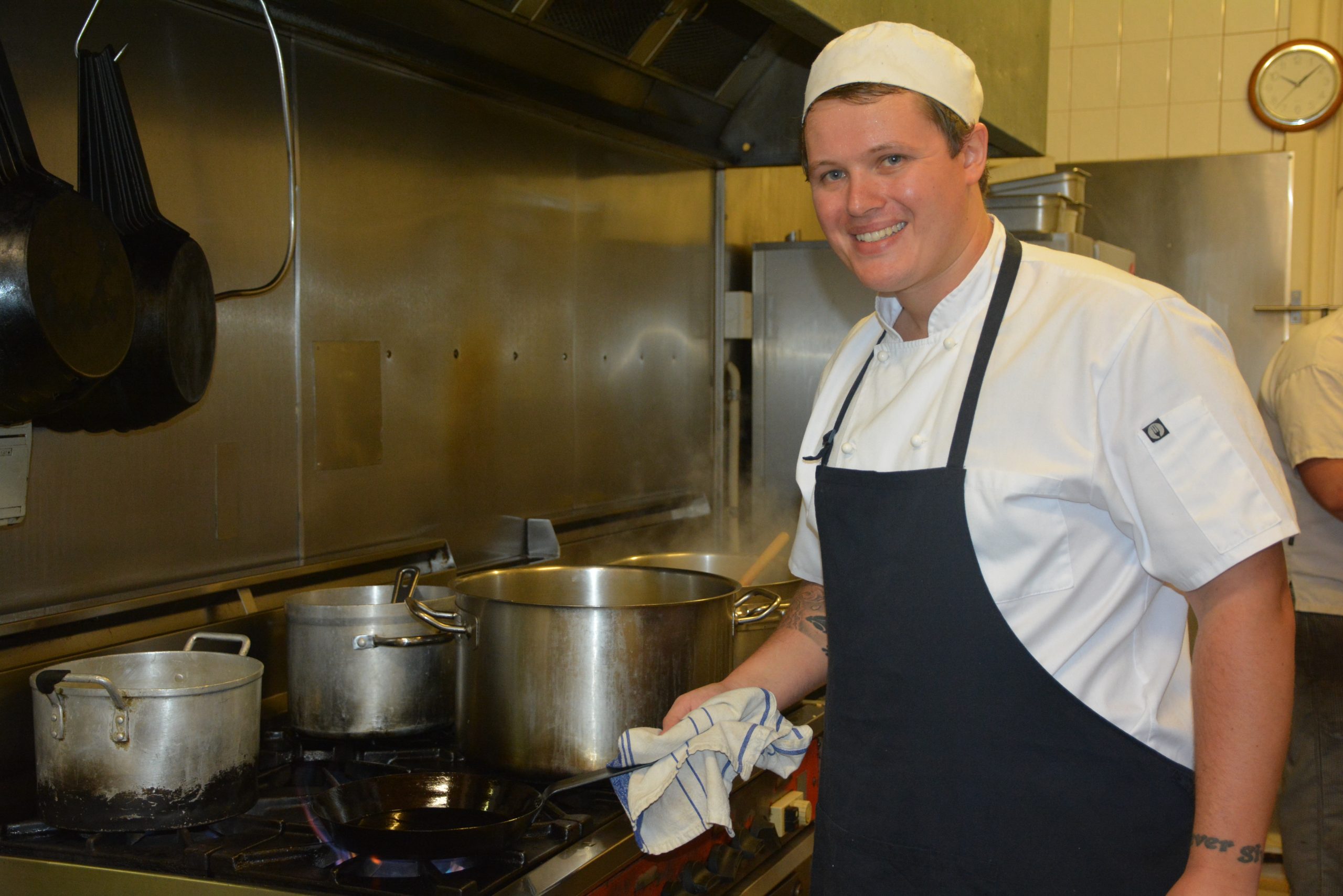 JAKE McKenzie, apprentice chef at the Tinamba Hotel, has been selected as a finalist in the Fonterra Proud to be a Chef mentoring program.

He will join 33 other apprentices from across Australia, to learn from the very best in the Australian hospitality industry in coming weeks.

As part of an effort to foster, recognise, and reward aspiring chefs, the finalists are competing for a $7500 scholarship for an international culinary placement, tailored to their career goals.

Mr McKenzie will have to impress the judges with a showcase of his creativity and skill when presenting an original recipe, which he said may include a piece of sous-vide local pork loin and pea foam, as well as a few other surprises.

“I’m trying to keep it basic just so I don’t stuff it up on the day, because we’ve only got two hours.”

A trained baker, Mr McKenzie is coming to the end of his apprenticeship after two and a half years with the Tinamba Hotel.

“When I came here I thought I’d just be peeling potatoes and stuff, but I was straight into desserts,” he said.

“Our head chef throws you in the deep end, you get given your own section from day one.”

Head chef Paul Van Ruiten said he was very proud of his apprentice.

Owner Damien Gannon agreed, and said Mr McKenzie was a great asset for the restaurant.

“He’s going to be a great chef when he finishes,” he said.

Mr McKenzie said he was most looking forward to working with the other finalists, to see what level they were at.

“They’re from bigger places with more opportunities, so it’ll be interesting to compare,” he said.

“We get to eat at some nice restaurants as well, we work with food all the time but we don’t get out to many.”

Chef mentoring program co-ordinator for sponsors Fonterra Carolyn Plummer said she believed the competition this year would be fierce.

“The high standard of entries this year is a true testament to the Australian foodservice industry and the next generation of culinary leaders, and we congratulate Jake on being named a 2016 finalist,” she said.