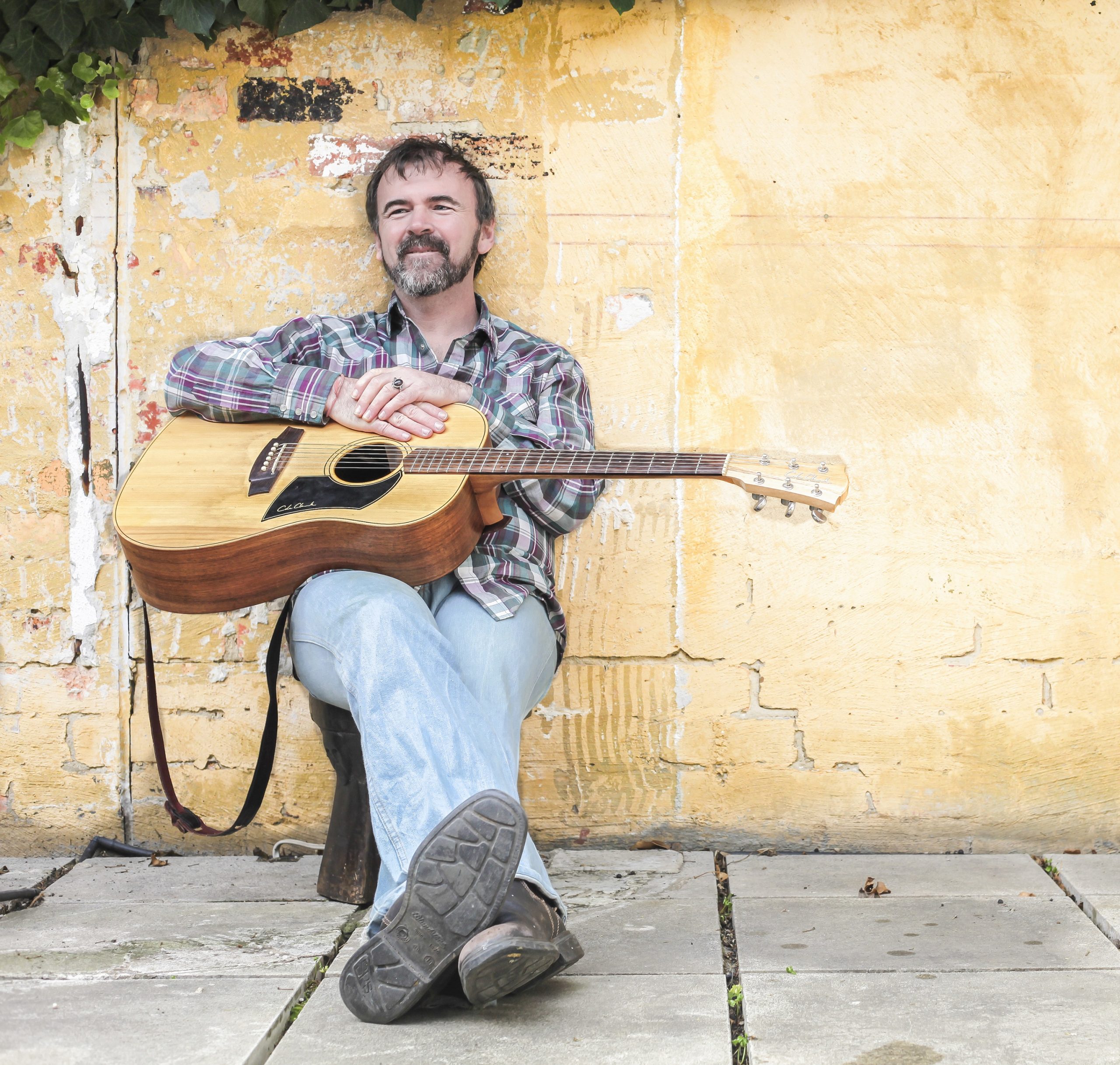 HEYFIELD musician Michael Waugh’s debut album What We Might Be, out February 19, will be launched at Heyfield Apex Park on Sunday, February 28.

The album, full of harrowing and personal country ballads, was produced by ARIA and Golden Guitar winner Shane Nicholson.

“We were talking about who to record with, and at the top of the list was Shane Nicholson, who’s a singer songwriter himself, he understands the approach,” Mr Waugh said.

“We played Paul at the Port Fairy Folk Festival, and it really resonated with the crowd.

“Shane was there and he was impressed as well, he contacted me just afterwards.

“I spent a fortnight at his house in Gosford with his family, it was a lovely experience.”

His hit single Heyfield Girl has been embraced by the town, something Mr Waugh is very proud of.

“I was writing really generic stuff, but then I started writing about where I came from, and people started really listening,” he said.

“People can relate to it, they see their lives reflected in the stories.”

Heyfield Girl, which is an anthem to the women of rural towns all over, has reached 10,000 views in a matter of a few months.

“We were getting messages from people saying ‘hey, that’s my auntie!’,” he said.

He has just released a new video for his haunting song Paul, which deals with bullying and resulting suicide of a boy he grew up with in the country, who was bullied mercilessly for being different.

His follow up single Mafeking Hill is an homage to all the country towns where the boys gather to talk about finding a better place to go, but never leaving, and the song has been shortlisted for an Australian Songwriters Association Award.

Michael’s music gives a profound new voice to the Australian experience. His insightful storytelling cuts to the emotional heart of everyday experience.

“In this collection of songs I wanted to capture the magpies and lawnmowers and footy games of rural Australian life, because to me, that is the beauty and the poetry of how I grew up,” he said.

“Maffra, Heyfield and Sale may not have the exotic twang of Nashville but we’ve got the Macalister Hotel, Mafeking Hill, the Heyfield timber mills.

“Some of it was awful. The smell of dung from the cow yard. The vicious torture of little boys in the change rooms, humiliated because they were weird or gay or just a little bit original.

“The sound of old men who slaved on farms for years and then slipped into forgetting, as Alzheimer’s stole the peace that they worked their whole lives to enjoy. Little country towns with their guts ripped out of them as industry and infrastructure were stripped away.

“I wanted to give voice to all of these stories, because they are about brave, beautiful, honest, undervalued and overworked men and women who taught me what to be.

“I’m honoured to have come from Gippsland and to be a dairy farmer’s son.

“When I started making this record with Shane, he asked what I wanted it to sound like. I told him that I had this vision of an old vinyl record in my mum’s record collection sitting next to Glenn Campbell, Patsy Cline, Dolly Parton, Jim Reeves and Kenny Rogers but a record that tells our story, not theirs.”

Mr Waugh is currently on tour, and spoke to the Gippsland Times after arriving back in Victoria from the Tamworth Country Music Festival.

He said that it has been a busy time.

“Next up is lots of shows, travelling around, then we’re recording again in June,” he said.

“I’ve been sneaking new songs into my sets, it’s been going well.

“I’m looking forward to recording after doing Tamworth by myself, it’ll be good to be playing with my musician mates again.”