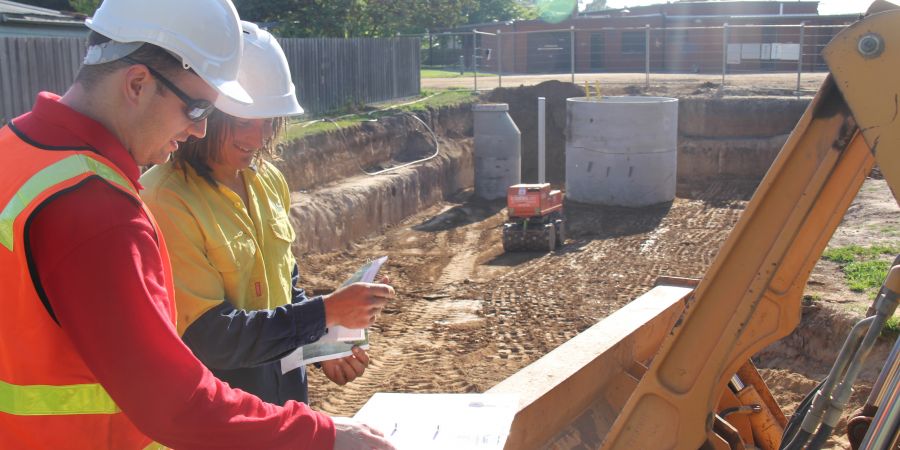 GIPPSLAND Water is putting the finishing touches to a $600,000 upgrade of its sewer pump station in Stead St, Sale.

Customer services and communications general manager Paul Clark said it was a fundamental building block of the town’s sewer system.

“It keeps the whole system running,” he said.

The original pump station dates back to the 1950s and has been identified as having insufficient capacity for modern requirements.

“We’ve had a number of incidents at the old pump station where we basically had too much sewage for the pump to keep up,” Mr Clark said.

“The new pump station has extra capacity as well as two pumps rather than one, which will allow it to meet current and future demand and move sewage through the system, while improving occupational health and safety for our operational staff.

“While it’s important for us as a water corporation to maintain existing infrastructure and plan for the future, we also need to get better at explaining how we do this type of work, particularly on the sewerage side of the business.”

Mr Clark said wastewater charges were the largest part of customers’ bills and this type of building project and even larger investments in Wellington Shire, Latrobe City and the Baw Baw Shire demonstrated just where customers’ money went.

Sale-based Laser Plumbing was the successful tenderer for the Stead St project which will be finished in April.

More information about Gippsland Water’s projects in the region can be found at www.gippswater.com.au.