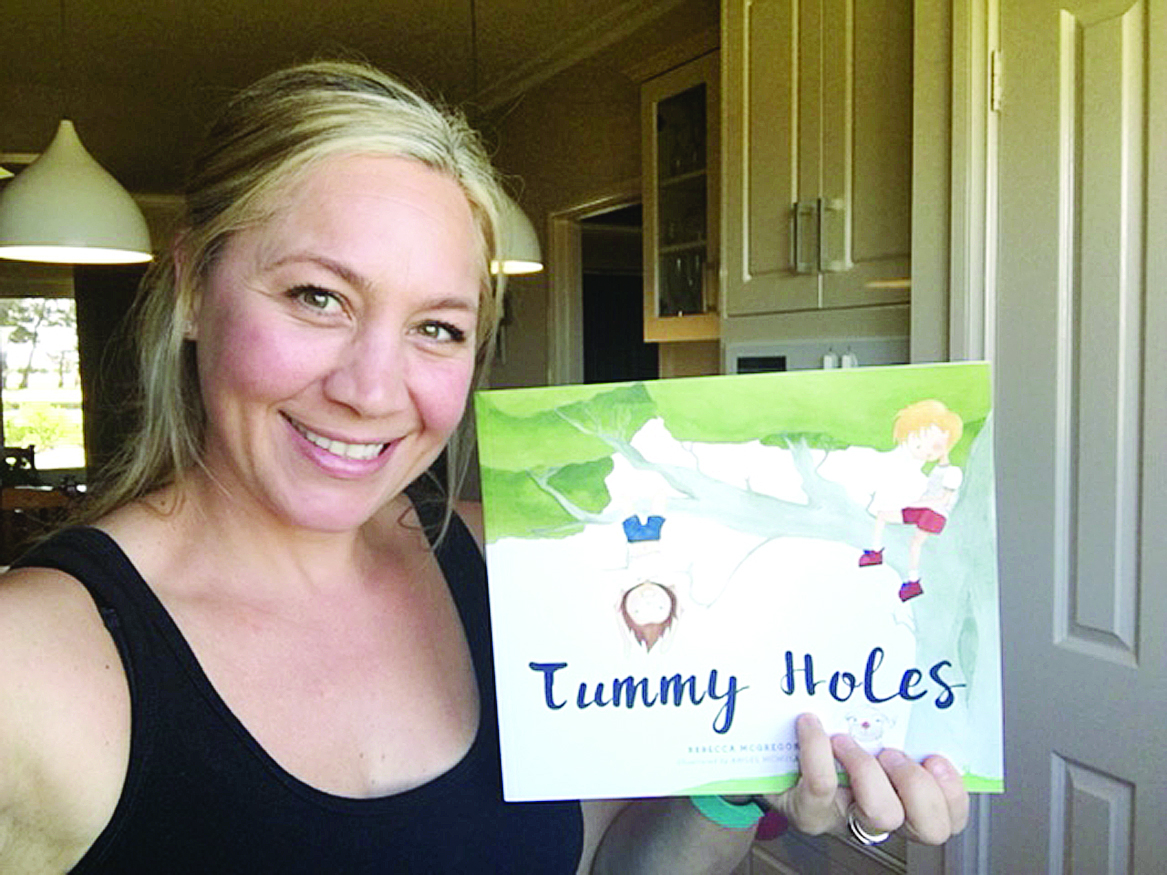 EVER wondered about belly buttons?

The lavishly illustrated children’s story follows a boy who imagines all the situations his family’s belly buttons find themselves in, from his pregnant mum’s to his hairy dad’s to his pierced cousin’s.

Along for the adventure is his dog Roy, who helps him investigate and imagine why we have them.

Ms McGregor, a primary school teacher who lives at  The Heart, said that it was a lot of fun to write.

“I studied English literature, and I’m a prep teacher now, so I know how narrative and problem management works,” she said.

The story doesn’t just look at people, as lizards and chickens also appear, which encourages children to ask questions.

“I think, since it’s a children’s book, the concepts can be a little bit more complex, as adults are reading the stories,” Ms McGregor said.

“It has a refraining chorus of rhyme that puts an element of repetitive verse in there, while continuing the process along different playful lines.”

This is Ms McGregor’s first book, and she said it has been a real learning experience.

After getting picked up by a publisher, she was put in touch with her illustrator, Angel McMillan.

“We chose Angel,” she said.

“This is her first actual book after a bunch of covers.

“She did the text and layout as well.

The Sale community also helped out, encouraging the writing and getting word out, which will help with the initial first print distribution.

“The locals seem to really rally around it,” Ms McGregor said.

“If I was in Melbourne it would be more difficult.”

The book will be available from Collins Booksellers and online in April.

St Mary’s Primary School in Maffra will hold a launch for the book on April 15 at 3.45pm, featuring balloons and face painting.

“We’ll also have pin the belly button on the boy!” Ms McGregor laughed.

But does two-and-a-half year-old Clay, who the book is written for, appreciate the story?

“I tried to read it to him when we got the first test print, but he just wanted to read his book about planes,” Ms McGregor said.

“Then he wanted to grab it and read it himself, and I had to say no!

“But we’ll let him have his own special copy.