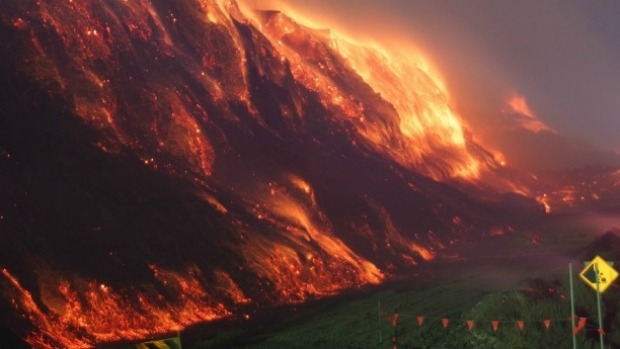 THE report into health improvements for the residents of the Latrobe Valley has been tabled in state parliament, with more than $60 million in funding for a specialised health zone and advocate recommended.

The report highlighted the complex health and wellbeing challenges facing the Latrobe Valley communities, in the context of continuing physical and mental impacts of the Hazelwood Mine Fire.

It follows last year’s report which found it was likely the fire contributed to an increase in deaths in the Latrobe Valley in 2014.

After listening to community submissions, the government has taken action to provide immediate support to address health concerns, including funding a new health clinic and lung function testing equipment.

The long-term health study in the Latrobe Valley is underway, rapid air quality monitoring capabilities have been established and a state smoke plan is in place to guide the state’s responses to fires and other smoke incidents.

In its latest report, the board of inquiry identified priority areas to improve the overall health and well-being of Latrobe Valley communities.

Eastern Victoria MLC Harriet Shing hoped the findings would provide answers and hope to the community.

“We still have more work to do, but we are determined to stand by and support the community to move forward, and ensure we have the right measures in place to prevent this from happening again,” she said.

The state government has have also written to the Commonwealth government to request its support for future health funding for the Latrobe Valley, in line with the inquiry board’s findings.

A formal, whole-of-government response will be provided once the reopened inquiry delivers its final recommendations for all terms of reference.

The final report, which will address findings into coal rehabilitation, will be provided in March.

Greens energy spokesperson Ellen Sandell said the report strengthened calls for a transition away from coal towards clean energy.

“Victoria’s transition from coal to solar and wind energy is happening, but the report acknowledges that the Latrobe Valley needs a ‘kick start’ to make the transformation,” she said.

“Capitalising on the clean energy boom will clean up the air and improve the health of residents.

“The transition from coal to clean energy is already happening.

“The government has no plan to manage the process and the Latrobe Valley is at risk of being left behind.

“The Latrobe Valley has been suffering the impacts of toxic coal pollution for years.

“This report is a reminder of the harm being caused, and reinforces the need for a new approach as we move beyond fossil fuels toward clean energy.”