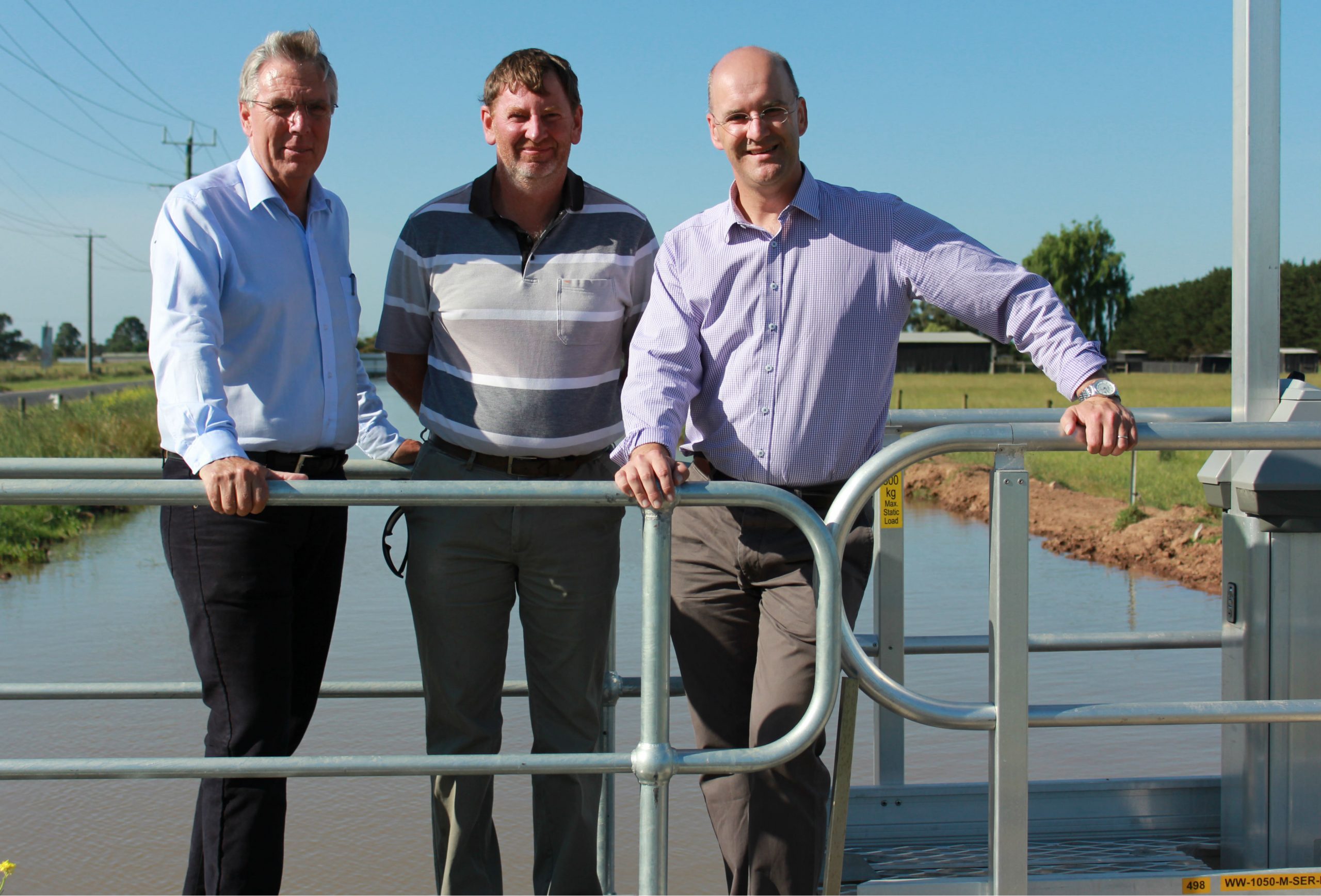 GIPPSLAND South MLA Danny O’Brien has hailed a breakthrough on the Port of Melbourne lease, saying it will deliver badly needed additional funding for country roads and transport, while confirming a state contribution to the Macalister Irrigation District 2030 project.

Mr O’Brien said National Party MPs had insisted on at least 10 per cent of the proceeds from the port lease sale being delivered to rural and regional transport infrastructure, meaning a potential windfall of up to $700 million.

Mr O’Brien said agreement on the port sale would result in $420 million flowing from the state government for the Macalister Irrigation District 2030 modernisation project.

“This project now has the state funding it needs,” Mr O’Brien said.

“Labor should never have tied this funding to the port sale, but nonetheless we now have the right outcome and this important water savings project that will deliver improved productivity, more jobs and better wealth for our region will now proceed.

“My colleague, the member for Gippsland East Tim Bull and I have worked hard on this after the Nationals in government funded the first stage, phase 1A. I now look forward to this important project continuing.”

Mr O’Brien said it was a good outcome for regional Victoria.

“The original deal put forward by Melbourne Labor for the port sale was bad for Victoria and bad for future generations,” he said.

“We have forced the government to agree to a much more reasonable sale that does not expose future governments to a massive compensation deal, but more importantly we have ensured that country Victoria does not miss out.

“Under Melbourne Labor’s original proposal, there was no money earmarked for country infrastructure, with all proceeds to be spent on removing level crossings in Melbourne.

“We stood firm on behalf of country communities and I will expect to see significant investment in Gippsland roads, rail and public transport as a result of this deal.”

Mr O’Brien said local projects which should now receive a fair share of the funding included the duplication of the Princes Highway between Sale and Traralgon and improved rail services on the Gippsland line.

“I know that roads are the number one issue in my electorate, and we need to do a lot more to improve our roads to deliver better safety, increased economic efficiency and more ease of travel for local residents,” Mr O’Brien said.

“Labor must now stick to the deal and ensure this funding is truly new money and is not simply substituted for funds that have already been allocated.”