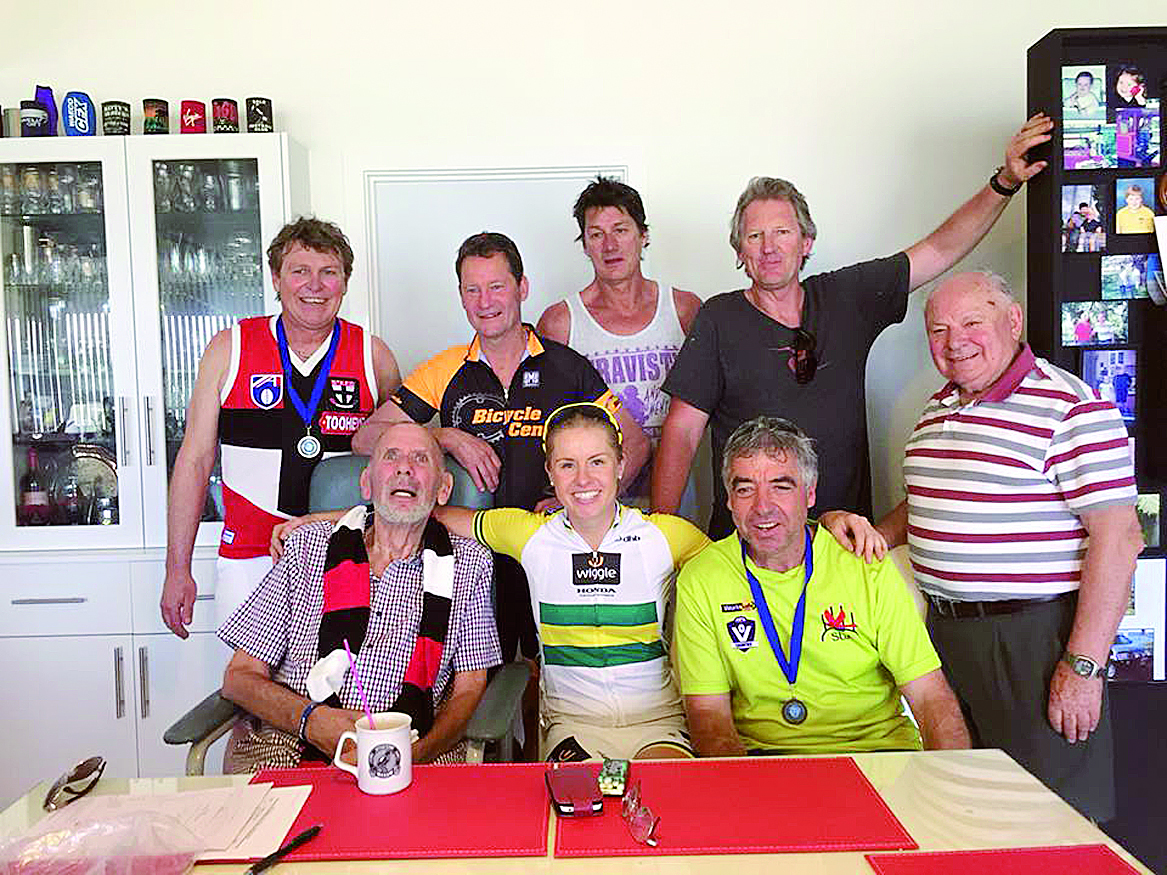 Winner of the Stawell Gift running race in 1965, Mr Cox has had a deep involvement in the local community since moving to Sale in 1972.

Mr Cox managed the Sale pool for about 30 years, and was involved with the local swimming and water polo clubs.

He was Sale Football Club president for two years and secretary for eight.

Nicknamed ‘The Doc’, Mr Cox was integral in revolutionising the club’s trainers’ department.

He taught his training methods to clubs throughout Gippsland, and helped the Teal Cup, which has since become the AFL under 18 national championships.

Mr Cox was involved in the planning and building of the Sale Community Sports Club, of which he became secretary-manger.

Retiring to Loch Sport in 2006, his community involvement didn’t stop as he joined the town’s fire brigade and foreshore committee.

In March 2014, Mr Cox was diagnosed with MND, a condition which affects the cells that control voluntary muscles of the body.

In October last year, 72 cyclists rode 65 kilometre from Cox’s Bridge in Sale to Cox’s Place in Loch Sport to raise awareness of MND and money to tackle the disease.

Another 15 riders joined them at the Golden Beach turn-off.

Among the riders were former footballer and national mountain bike and road cycling champion Peta Mullens.

Riders were welcomed to Loch Sport by Mr Cox and his wife Judy.

Such was the success of the ride, organisers were hoping to make it an annual event.

Mr Cox is survived by his wife Judy, daughters Tracey and Donna and grandchildren Charlie and Grace.

The funeral will be held tomorrow from 1pm at Sale Baptist Church.