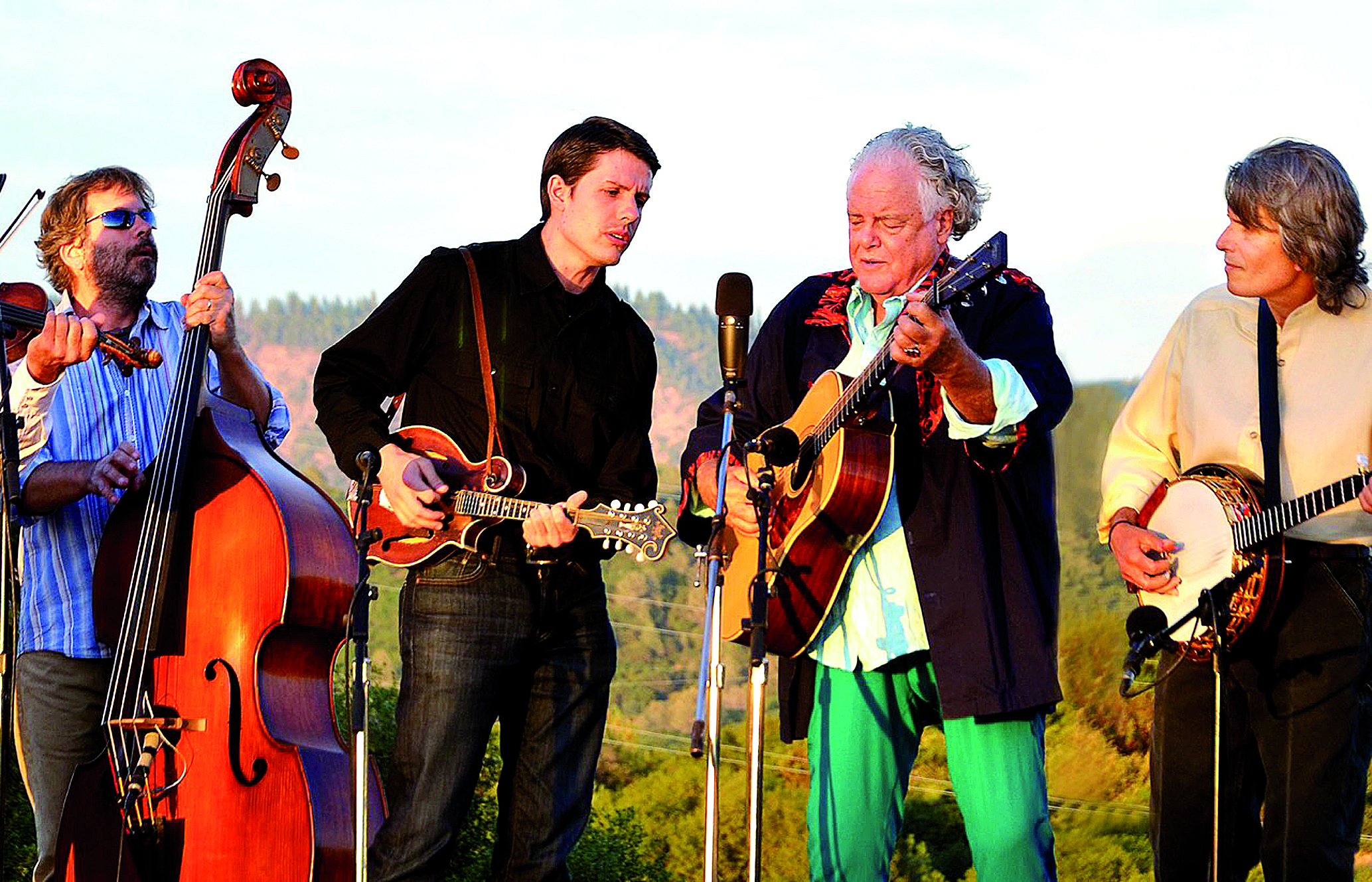 Legendary US Bluegrass singer-songwriter and Grammy award winner, Peter Rowan, “the voice of Bluegrass”, returns to Australia with his bluegrass band, featuring Chris Henry on mandolin (well known for his concert at the Valencia Hall last year), Patrick Sauber on banjo, and Paul Knight on double bass.

Peter Rowan is a true legend of American bluegrass, with a history dating from 1964 and his role as lead-singer/guitarist with the father of bluegrass, the late Bill Monroe and his “Bluegrass Boys”.

Rowan then went on to form the revolutionary folk/rock band, Seatrain, then bluegrass super group Muleskinner with Dave Grisman and Old and in the Way with Vassar Clements and Jerry Garcia.

Chris Henry is one of the most highly regarded young musicians on the American Bluegrass scene today, the premier Monroe-style mandolinist of his generation, while Patrick Sauber has recorded or performed with many artists, including Doc Watson, Chris Hillman, Herb Pedersen, John Fogerty, Richard Greene and Laurie Lewis, and was the banjo-player in the movie, ‘A Mighty Wind’.

Peter Rowan at the age of 73, he is still touring constantly and writing new songs.

Bluegrass legend Peter Rowan and Band will perform at the Valencia Hall on Wednesday, March 23 at 8pm.