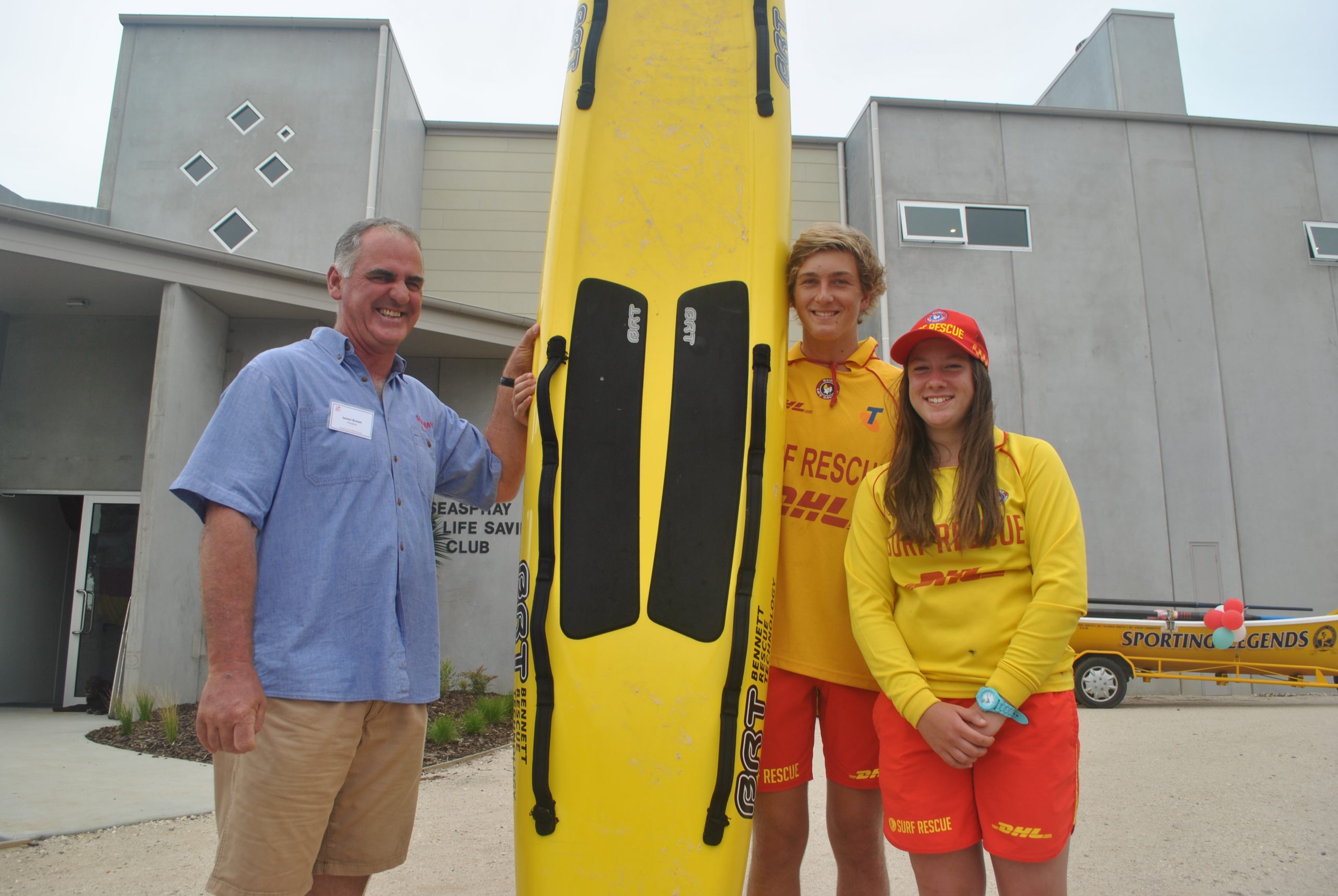 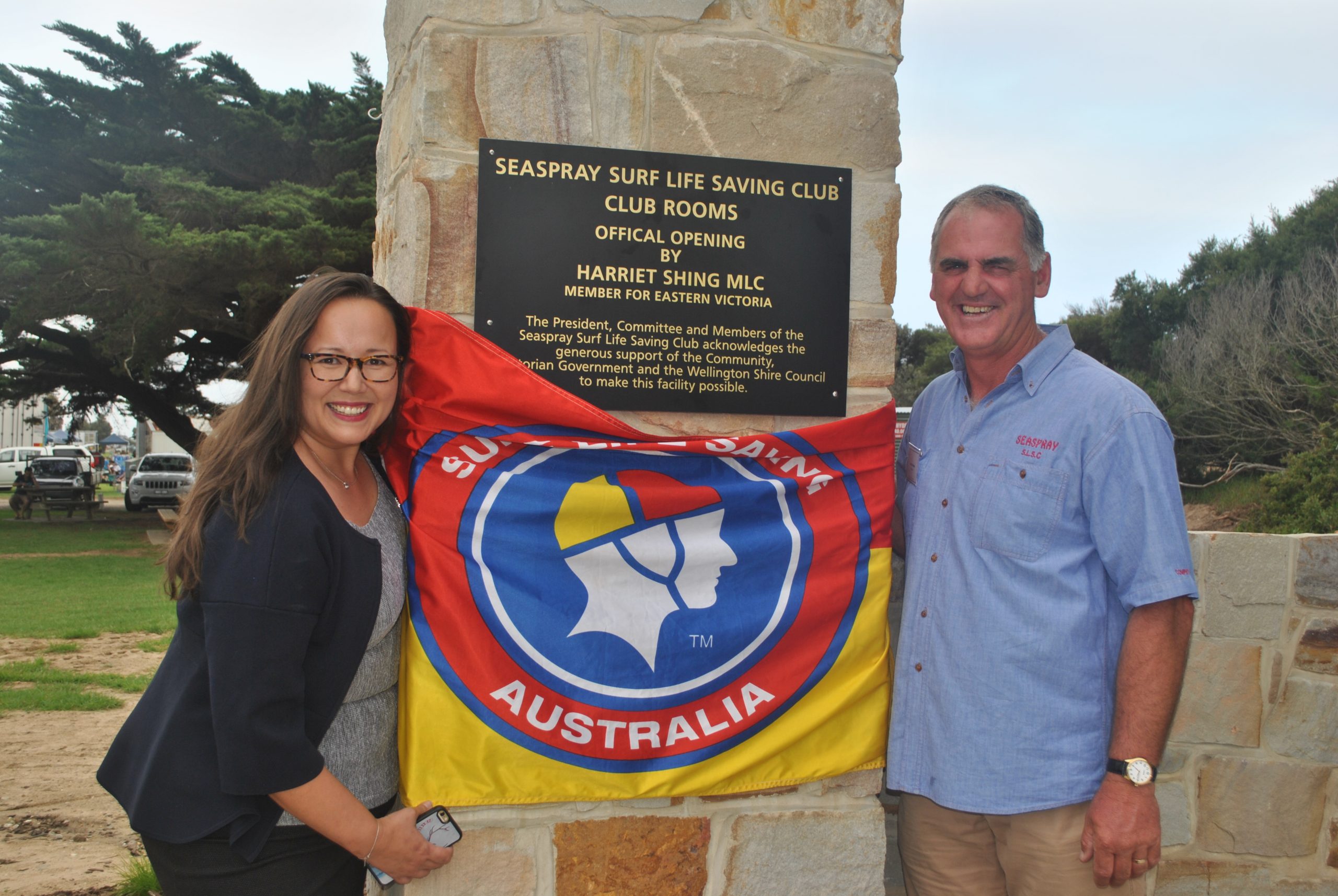 SEASPRAY celebrated another significant milestone on the weekend, with the official opening of the Seaspray Surf Life Saving Club clubhouse on Saturday.

Club president James Brown said he was thrilled with the new facilities and thanked everyone involved in the project.

Club members and volunteers gathered to toast the official opening of the $2.6 million clubhouse.

Construction of the first stage of the clubhouse began in February last year.

The new facility is a significant upgrade for the club and is more than double the size of the previous clubhouse.

There is more space to store the club’s emergency equipment, some of which previously had to be stored off-site in shipping containers and other locations.

The project was made possible by Victorian government grants of $1.5 million, money from the Life Saving Victoria Club House Upgrade Fund, the Regional Development Fund and a grant from the Department of Environment, Land, Water and Planning.

Mr Brown acknowledged the financial support the club had received, as well as the hard work of volunteers, members, builders and the wider community.

“It’s an accumulation of a lot of work over the past seven or eight years and we’re stoked that it’s come to this and it’s finally open,” Mr Brown said.

“We’ve had gear spread all over Sale and down the beach and now it’s all in the one spot which is really great,” he said.

“The new Seaspray Life Saving Clubhouse is an excellent facility for the lifesavers here to continue providing their vital service, giving their time to ensure Gippslanders and visitors to the region can be safe in the water,” Ms Shing said.

“With this new clubhouse, Seaspray’s lifesavers and the local community, have an improved and more comfortable workplace and training facility.”

The upstairs function room has been named the Barrie Smith Room, in honour of life member Barrie Smith.

Mr Brown said the club had experienced a boom over summer, which would contribute to the ongoing operations of the club.

“We’ve had breakfast, lunch and dinner served in the function room upstairs and that’s generating funds to keep the club going operationally,” he said.

A first aid room that offers patient privacy and clear access to emergency services will also open soon along with the patrol tower.

Earlier in the day the town crier’s bell echoed down the foreshore as the centenary of Seaspray celebrations began with a grand parade of horse drawn carts, children dressed in clothes of days gone by and descendants of historic Seaspray families in classic cars.

The parade made its way past a cheering crowd to celebrate 100 years since the township’s first land sales.

A full report on the centenary celebrations will appear in Friday’s Gippsland Times.