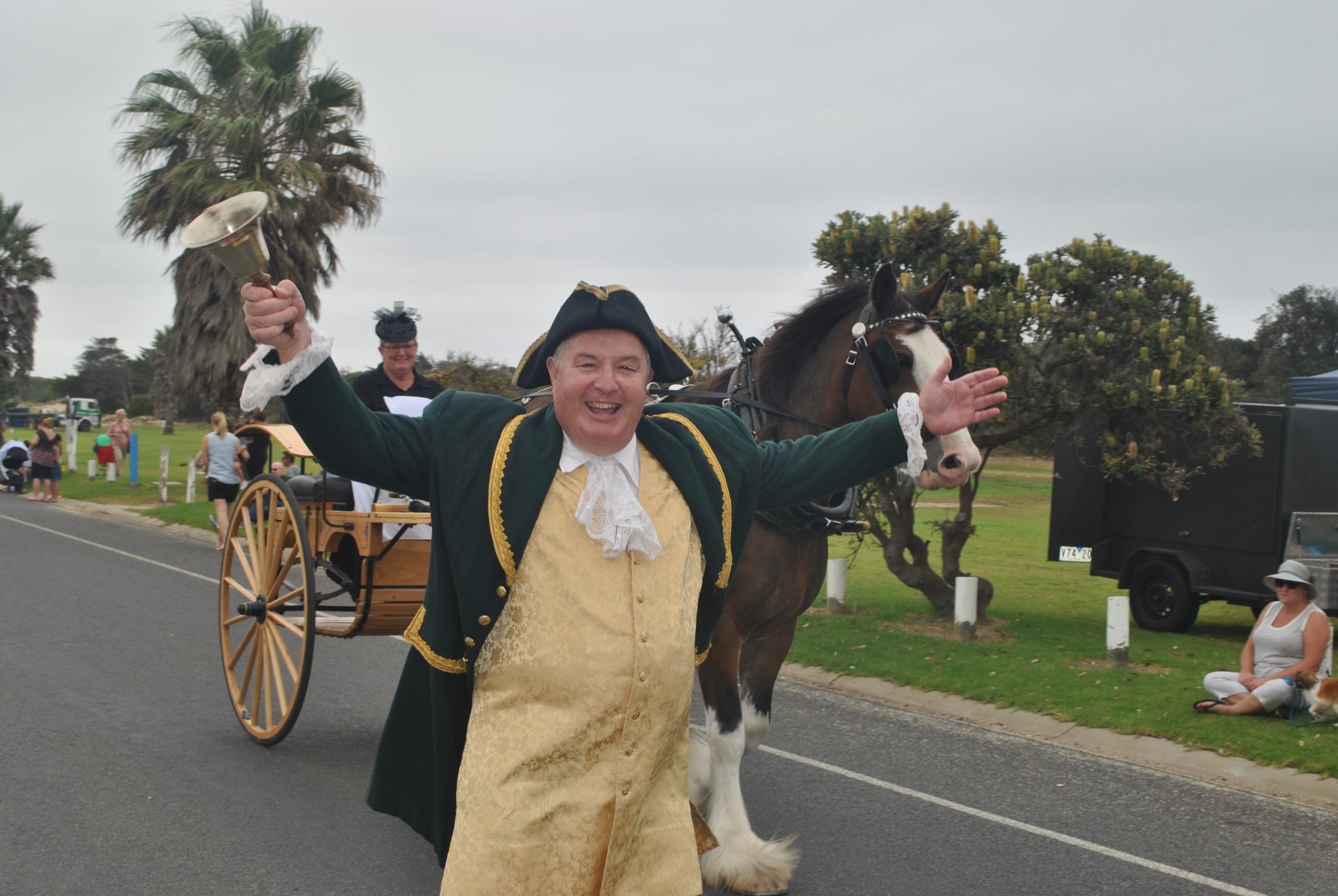 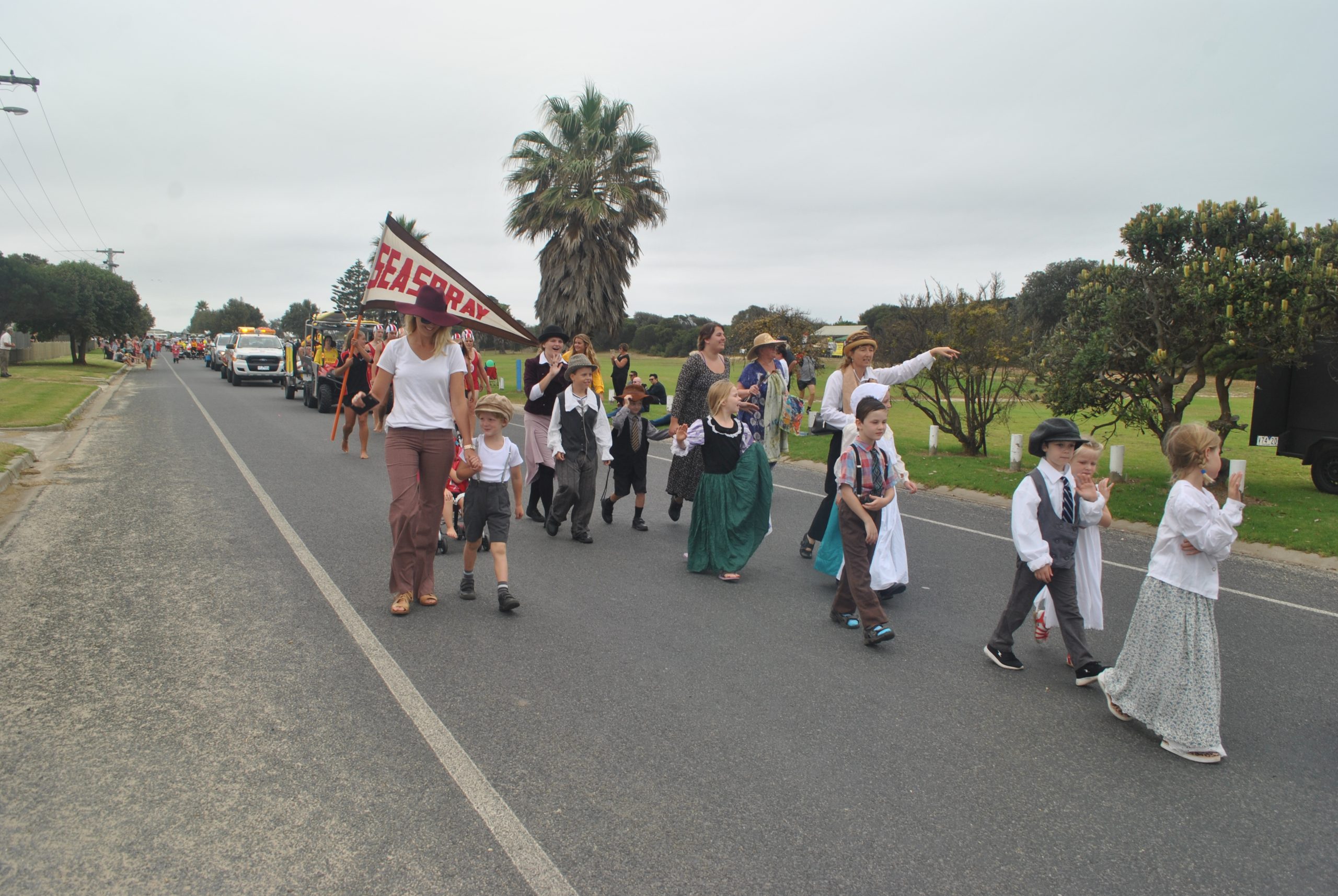 THE town crier’s bell echoed down the foreshore as the centenary of Seaspray celebrations began on Saturday.

A grand parade of horse-drawn carts, children dressed in clothes of days gone by, descendants of historic Seaspray families, emergency service vehicles and classic cars made their way past a cheering crowd to celebrate 100 years since the township’s first land sales.

March 1916 was also the year when the name Seaspray was formally given to the area, known in its earlier history as Prospect.

Hundreds of people gathered to watch the parade, which was so good it went past twice.

Following the parade, people flocked to the Seaspray Hall for the official launch of the celebrations and local author Sue Kennedy’s book, On the Prospect.

Gavin O’Shanassy silenced the room with his remarkable Welcome to Country performance.

Cr McCubbin said a centenary was a time to reflect on the accomplishments of the people before us, who did a huge portion of the work to give residents what they have to work with today.

“I would like to pay special mention to James McLachlan, who as most of you would know was a member of parliament, but got his hands dirty to help develop this great town,” Cr McCubbin said.

“It was Mr McLachlan who led working bees to prepare what is now the road we have in and out of Seaspray, and to build the recreation reserve.

“I feel somewhat of a kinship with Mr McLachlan after finding out he was actually a town crier like myself, which was considered old fashioned even in the early 1900s.”

Cr McCubbin said Seaspray was still a strong community who worked together to benefit the town, evidenced by the weekend’s large turnout.

To make the occasion all the sweeter, Jean Matthews, whose family has a long and proud history in Seaspray, was called upon to cut the Celebrate Seaspray cake.

Following the formalities, the Celebrate Seaspray Committee and all its supporters did a fantastic job transforming the hall into a temporary museum, with a large memorabilia display of news clippings, posters and photographs strewn throughout the room.

Back at the foreshore, the mingle market was in full swing with market stalls operating, musical entertainment and the smell of barbecued sausages in the air.

The afternoon brought another significant milestone for the seaside town, with the official opening of the new Seaspray Surf Life Saving Club clubhouse.

Club members and volunteers gathered to toast the opening, which club president James Brown said was a momentous occasion.

On Sunday the festivities continued, with a children’s sandcastle building competition in the morning, followed by old fashion sports including egg and spoon and sack racing.

Later in the day, Seaspray Fire Brigade celebrated the official opening of an $188,000 extension and 29 volunteer CFA members were presented with service awards.