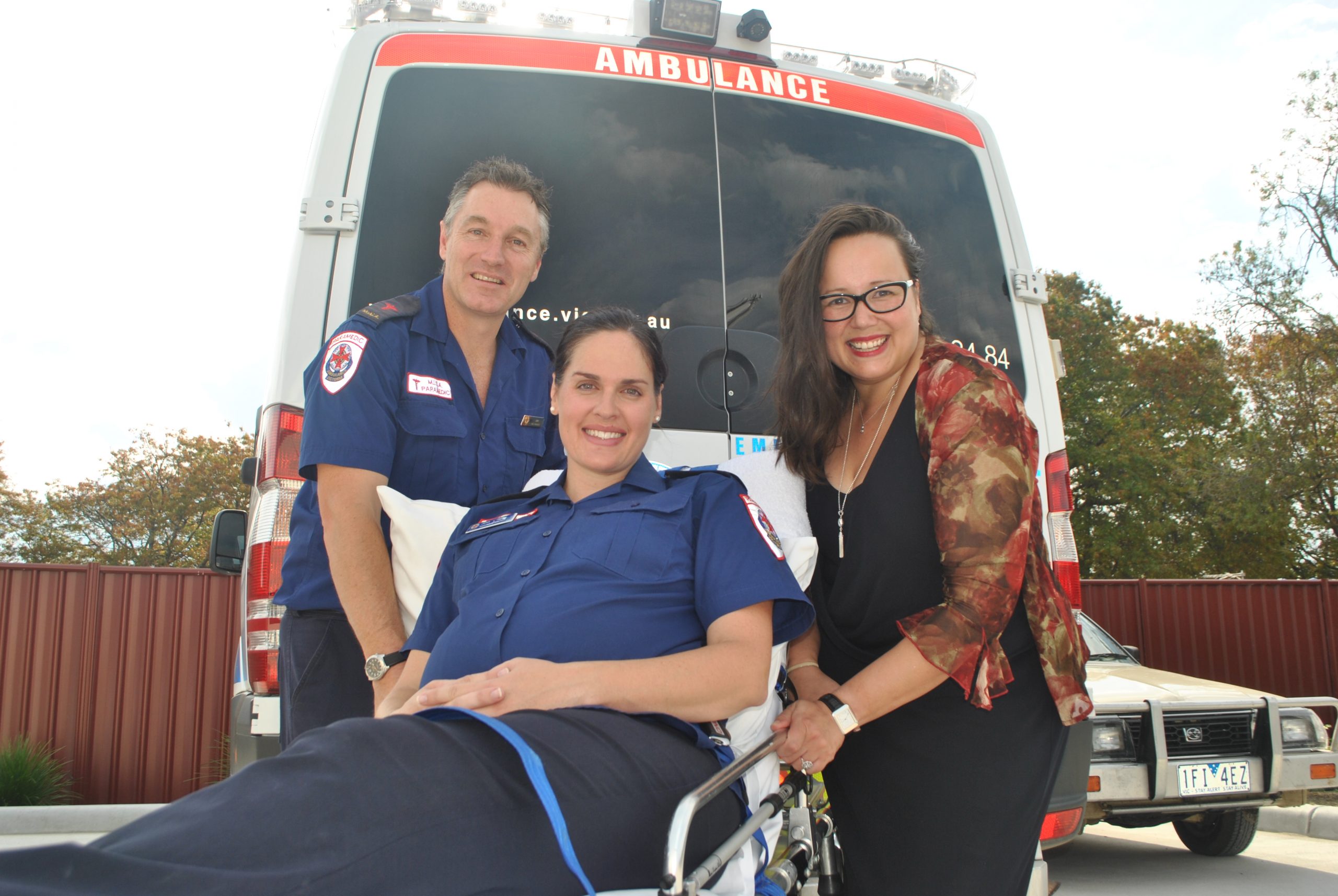 MAFFRA Ambulance Branch opened its doors to the public on Wednesday for the official opening of the new facility.

Locals turned out to take a peek at the facilities, including student leaders from Maffra Primary School.

“Gippsland is a pretty enormous area and one of the things I do see constantly and am impressed constantly by is the way Gippsland communities can deal with so many different challenges,” Ms Shing said.

“To Wellington Shire Council, who provided an enormous amount of support as far as the land acquisition and the development of this project is concerned, thank you.

“I’d also like to acknowledge the 16 full time paramedics who work here and who provide the ongoing care and assistance to really deliver on those huge call out numbers.”

A special presentation was made to paramedic Jess Rae for her outstanding contribution to the project.

“She has been absolutely instrumental in the way in which this project’s come together,” Ms Shing said.

“Jess has made the world of difference and Jess is one of so many people who have put their shoulders to the wheel to make this project happen.

“It is also important to note that this is the only group area which is staffed by or led by women.

“We also have a significant number of female paramedics here at Maffra and it’s something which we’re seeing more of and should be doing as much as we possibly can to encourage.”

“I’m proud to be part of Maffra Ambulance Branch and I’m really grateful for the number of people who’ve shown their support today, who have come down to be part of this celebration,” he said on Wednesday.

“Maffra ambulance services have actually been operational for 92 years and the first ambulance was actually acquired in 1924, and it was located at the Maffra Fire Station.”

Mr Foley said the branch now had degree qualified paramedics, life support paramedics and intensive care paramedics, and a range of equipment and medications to treat stroke, asthma and trauma patients, among many others.

“The community is fortunate that Ambulance Victoria recently upgraded their heart machines, the cardiac monitors, and we can now provide better life saving treatment,” he said.

“One other vital aspect of the Maffra Ambulance is that we are close to the Alpine region and Ambulance Victoria has spent a lot of money to train up four of the Maffra paramedics to be wilderness response responders.

“These paramedics may be required to camp out in any conditions overnight to ensure the patients’ safety and wellbeing.”

Gippsland East MLA Tim Bull also attended the opening and said the station would be a great asset to the local community.

“This facility is a great use of taxpayers’ funds to support such an important emergency service in Maffra,” Mr Bull said.

He did, however, point out project funding was provided by the Coalition government when it was in power.

The announcement of Sale’s new ambulance branch station was made under a Labor government.