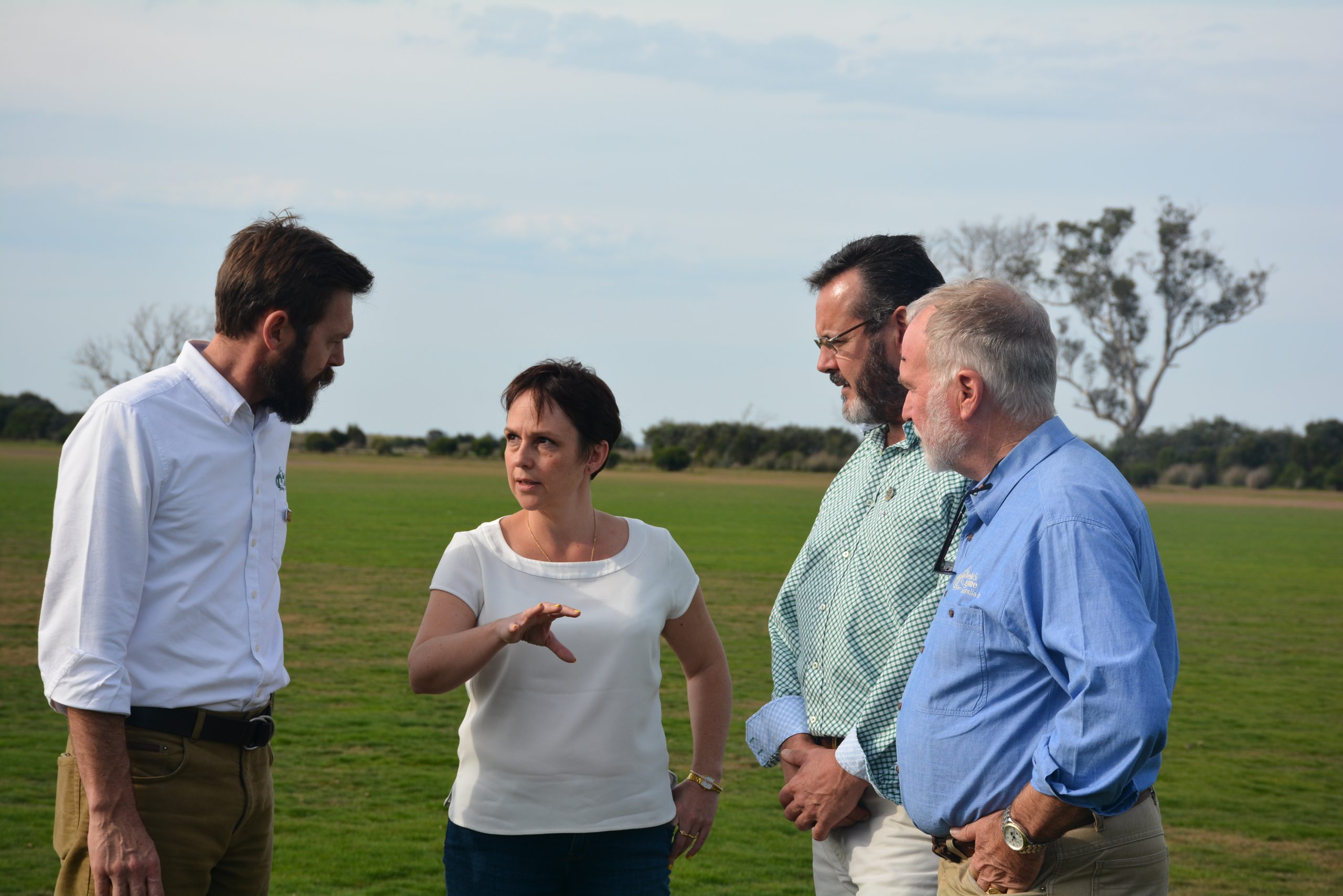 THE state government has announced $5.33 million in the Victorian Budget will be allocated to support sustainable hunting.

At the Heart Morass on Wednesday, Agriculture and Regional Development Minister Jaala Pulford met with representatives from the Game Management Authority, as well as hunting organisations such as Field and Game Australia and the Australian Deer Association.

The development of a Sustainable Hunting Action Plan, to be delivered later in 2016, is also a key priority, which will see hunters, conservationists, and the government collaborating to ensure the activity remains sustainable in the future.

Other initiatives announced include the improvement of signage and access to state game reserves, extra funding for firearm safety courses, and money for the ADA to coordinate controlled culls of invasive deer species on public and some private land.

Ms Pulford said having everyone’s input as well as funding would mean much better outcomes for hunters.

“It’s a coordinated Victorian government approach, in partnership with our hunting community,” she said.

“Field and Game, the Sports Shooters Association, and the Deer Association have all been working very closely with us to develop this plan, it’ll be a great road map to create additional hunting opportunities across the state, and this is some money to back that in.”

Specifics for the funding will be released in the state budget in two weeks.

“Hunting’s a massive industry in Gippsland, it’s a core part of many towns, including many tourism strategies,” he said.

“We find collaboration is the only way this works, we just need the resources to be able to fulfil the potential.”

“FGA, ever since our inception, was about preserving wetlands for waterbirds, with the intention that our grandchildren will be able to hunt just as well as we can,” he said.

The money allocated to coordinating deer culling is also promising, according to the Australian Deer Association Victorian president, Col Brumley.

“Deer are becoming more prevalent in some areas, and we need to address that together with the government, which is what’s happening now,” he said.

“It’s really good to see that we’re working together, we can get more done this way.”

“The minister alluded to the signing and fencing of state reserves,” he said.

“I think everyone would agree that needs money spent on it.”

Locally, it is hoped more funding will be spent on improving access tracks in state game reserves, which have fallen into disrepair, as well as allocating money for modern firearm training videos.

Local FGA spokesperson Gary Howard said that it would all come down to the budget, but it was good to see the wheels in motion.

“The other thing is that confirming the government’s commitment to supporting sustainable hunting, the Premier made that commitment prior to the election, so there’s an ongoing commitment and that’s what we really want to hear,” he said.

Victoria has 48,000 licensed game hunters, who make a significant contribution to the state’s economy, with an estimated $439 million flowing into towns across Victoria, including at least $80 million to the Gippsland region.